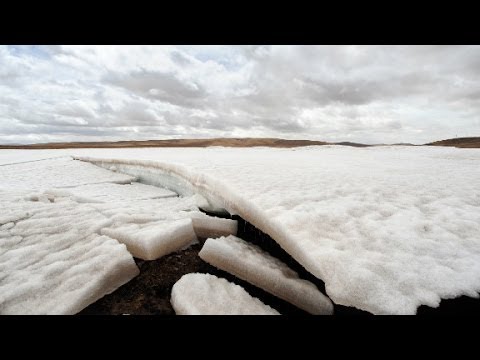 According to the The U.S. National Academy of Sciences and the UK's Royal Society, in the jointly written guide on climate change and the state of climate science today, the world is undoubtedly warming and the global temperature could increase by 2.6-4.8C by the end of this century.

"Despite the decadal slowdown in the rise of average surface temperature, a longer-term warming trend is still evident," said the two major scientific institutions, who wrote the guide in response to ongoing confusion over climate change partially caused by reports that warming surface temperatures have slowed down over the past decade.

"Each of the last three decades was warmer than any other decade since widespread thermometer measurements were introduced in the 1850s," states the publication, Climate Change Evidence and Causes.

As the leading scientists from the two countries emphasize, CO2, the most prevalent greenhouse gas, has risen to levels unseen in the last 800,000 years, and measurements dating back to the mid-19th century show an obvious and steady warming trend.

The guide also explains how this steady uptick in carbon, and the subsequent warming of the planet, are clearly the result of fossil fuel burning.

“Our aim with this new resource is to provide people with easy access to the latest scientific evidence on climate change, including where scientists agree and where uncertainty still remains,” stated Sir Paul Nurse, President of the Royal Society. "We have enough evidence to warrant action being taken on climate change; it is now time for the public debate to move forward to discuss what we can do to limit the impact on our lives and those of future generations."

CNN: “Climate change is not debatable”