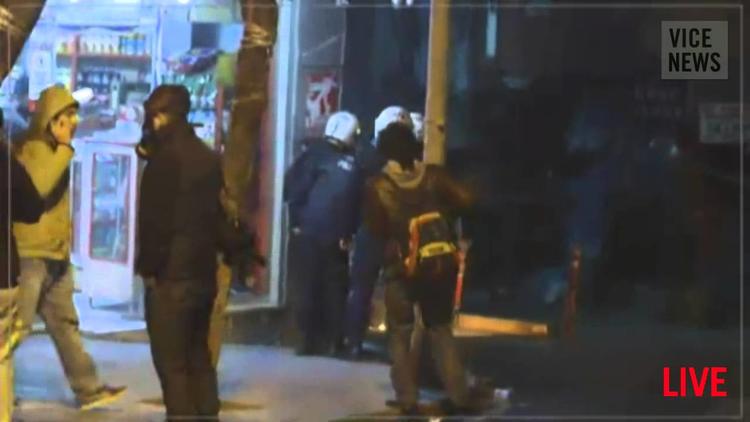 Erdoğan has consolidated the executive, legislative, and the judicial powers under his authority; yet he has been unable to control another source of power— Twitter.

When the Arab uprisings began, Turkey emerged as a role model in the Middle East in terms of combining Islam and democracy. The Arab uprisings have not produced the expected results, except in Tunisia. Meanwhile in Turkey, Prime Minister Recep Tayyip Erdoğan’s rule has recently leaned toward authoritarianism and Islamism; this has terminated Turkey’s claim to be a regional model.

Turkey’s political polarization and societal mistrust became visible in June 2013 with the Gezi protests where police brutality ignited nation-wide protests in which eleven people died and thousands were injured.

Erdoğan used an Islamist rhetoric to cover-up his provocations and strengthened his conservative constituency. He claimed that the Gezi protestors attacked a woman wearing a headscarf and consumed alcohol in a mosque. Although the evidence showed his claims were false, Erdoğan still continued to repeat them. He tried to take advantage of the Gezi events to solidify his base by presenting himself as the defender of conservative Muslims, assuming that this image would guarantee his victory in the August 2014 presidential election.

The corruption and bribery probe on December 17, 2013 was a major blow to Erdoğan’s plan of staying in power ten more years as a supra-powerful president. Four of his cabinet ministers had to resign due to allegations. Erdoğan defined the probe as a coup d’état staged by the “parallel state”—an alias he uses to imply the Gülen movement. He declared an “Independence War,” and has dubbed anyone who disagrees with him as “traitors” controlled by the Gülen movement. The list of “traitors” has become very long including the main opposition Republican People’s Party (CHP), Doğan media group, Koç Holding, and Turkish Industrialists’ and Businessmen’s Association.

Similar to his reaction to Gezi events, Erdoğan has used an Islamist rhetoric to preserve his base in the face of the corruption allegations. He has called Fethullah Gülen “a false prophet” and a supporter of the headscarf ban, as well as calling the Gülen movement’s followers spies, collaborators in a US-based conspiracy, lovers of Israel, viruses, blood-seeking vampires, assassins, etc.

Erdoğan knows that he has to stall ongoing investigations of corruption. Therefore, he has reshuffled about 8,000 police officers and ordered police chiefs to disobey prosecutors and judges in new corruption cases. His new justice minister took control of the High Council of Judges and Public Prosecutors, which removed hundreds of prosecutors. The newly appointed prosecutors destroyed some wiretapped phone calls, and all arrested suspects were released. When the key suspect Reza Zerrab, who allegedly bribed three ministers and transferred billions of dollars to Iran, was released, Erdoğan said, “Justice has been served.”

Erdoğan has consolidated the executive, legislative, and the judicial powers under his authority; yet he has been unable to control another source of power— Twitter. He understood the danger during the Gezi events, calling it a “menace.” His party organized a group of “trolls” to promote Erdoğan in Twitter. Nonetheless, this could not protect him from being haunted by Twitter during the corruption scandal.

Some people, probably the policemen and prosecutors who were removed from the corruption cases, started to leak legal evidence (wiretapped phone conversations and even full indictments) to the Internet. They are now using Twitter accounts, such as @HARAMZADELER333 (children of corruption) and @BASCALAN (prime thief) to update over a quarter million followers when they upload new evidence. Since a recent law made it illegal to broadcast wiretapped conservations on TV and on web sites, and Erdoğan controls most newspapers, Twitter and YouTube remain the sole way of informing the Turkish public about corruption evidence. That is why Erdoğan has declared that he is considering banning YouTube and Facebook.

The content of leaked dialogues has shocked many in Turkey and abroad. Among various topics are Erdoğan’s villas, acquired in exchange for favours to his cronies; his way of controlling media outlets through some businessmen who were given governmental tenders; and his personal involvement in censoring the media. While these recordings were listened to hundreds of thousands times, there was only one occasion when a journalist managed to quiz Erdoğan about them. Erdoğan accused the journalist of serving the conspiracy, and was unapologetic for his phone call to a TV executive to withdraw coverage from an opposition leader during the Gezi events.

One recording had more impact than the combined effect of about two dozens previous records. This is the recording Erdoğan has defined as a “montage.” He also added that his encrypted phone was tapped, which has been interpreted as an unintentional way of accepting it. The leader of CHP, Kemal Kılıçdaroğlu, described the recording as, “as authentic as Mount Ararat” and has played it in his party’s group meeting in the Turkish parliament. Some experts have authenticated the recording, which includes five phone calls between Erdoğan and his son (Bilal) on the day the corruption graft began. In the recording, Erdoğan asks his son to re-locate a large sum of money kept in various family members’ houses. Toward the end of the day, Bilal called his father back to report that he had handled most of the money but still had 30 million euros to disappear. This recording has been listened to around 5 million times in five days on YouTube.

Although Erdoğan’s instrumentalization of Islam was effective against the Gezi protestors, it has not been that helpful against the Gülen movement, which has considerable credibility among Muslim conservatives. Twitter helped the Gezi protestors to organize their protests and during the corruption debates, Twitter has become much more detrimental for Erdoğan due to the regular leaking of evidence. If Erdoğan’s career ends in the March 30 municipal elections, Twitter will have played a large role in this dramatic result.

Ahmet T.Kuru is associate professor at the department of political science in San Diego State University, interested in comparative politics, religion and politics, and Islam and the Middle East.

Vice News: “RAW COVERAGE: On The Ground in Turkey”