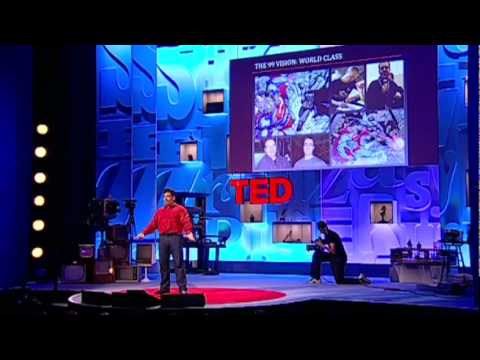 Seven years ago, THE 99 [super-hero comics] were granted approvals to Saudi Arabia. What began as a suspicious relationship, my not expecting approvals to begin with, and their suspicion of the subversive nature of the content we were at loggerheads. It turned out that the solution was simple. I had to first get approvals from a religious authority for my superheroes to fly in the Kingdom.

I was specifically skeptical about getting approvals in the beginning because when THE 99 was an abstract idea, I was worried I would be limited by the imagination of the person I spoke to. But by 2006, THE 99 was no longer an abstraction. It was as real as the air I breathed and I could get an opinion regarding my creation, then in comic book form. The most practical solution was to seek a round of financing from a Saudi owned Islamic Investment Bank. 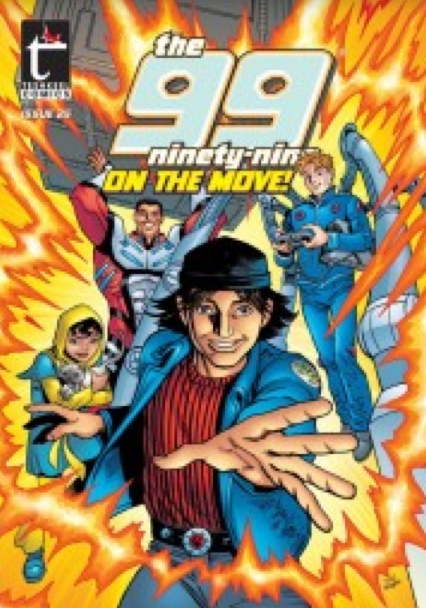 The bank, Unicorn, was intrigued but the process wasn’t easy. We were scrutinized as to what was Islamic (to them) and what wasn’t. They had an illustrious Sharia board. This was a stamp of legitimacy. Media plays that are Sharia approved are few and far between. The space is coveted. The game is all about mindshare. He who gets the most adherents to his philosophy wins. And there are lots of philosophies within Islam, it’s just that some are not as well funded as others. We had to sell an asset at a loss due to its’ non-Sharia compliance. The asset in question was Cracked Magazine, and only a moron would argue that Cracked had value to Islam (or any civilization that existed outside of a boys locker room for that matter). So it came to pass that we were put under the scrutiny of a Sharia microscope and remained compliant thereafter.

The journey with THE 99 has been long and arduous, but, ultimately fulfilling and certainly impactful. Today, 11 years after THE 99 were born, we have completed our mission and created an internationally recognized award winning concept with close to 50 comic books worth of content (including a series where they work with Batman and Superman) and 52 half hour episodes (the prize number all producers seek to get to) of an animated series. Season 1, the first 26 episodes, have been airing on television in excess of 70 countries from the US to China and most places in between for over two years. Not only did we become the first media property from our region to go global, we were basing it on values that Muslims share with the rest of humanity to boot and competing with the negativity that all too often is used to reflect our culture. We were giving children alternative role models whose values were universal in nature yet rooted in Islam. We were making a difference. And, finally, the global media was taking notice and reporting on the good within Islam.

So you can imagine my surprise to wake up to a Fatwa from the Grand Mufti of Saudi Arabia himself along with the rest of the Higher Council of Clerics calling my work evil. I couldn’t believe it. Why? And more specifically, why now? Why 6 years after THE 99 has been selling in Saudi Arabia with full support and approvals from the Saudi Ministry of Information and two years after THE 99 started airing in Saudi Arabia on television, and ironically months since the last episode aired. Why would the Grand Mufti ban a show that was no longer airing?

One of the lessons my mother taught me was that your enemy is never the person that talks about you behind your back. Your enemy is the person who brings you that information. Context is key. And the intent of the message bearer is tantamount to how the information is spun. In this case my enemy and the Grand Mufti’s enemy is one. It is the person that purposefully took misleading information to him for him to give a Fatwa based on. It might surprise you that I actually agree with the contents of the Fatwa. It is Islam 101.

The question asked of the Mufti was couched in negatives and misstatements perhaps purposefully and maliciously, perhaps out of ignorance. For example, it was alleged that I had created 99 characters all of who had one of Allah’s divine attributes to the extent that Allah had them and they were going to get together to become a deity and that this would confuse children and take them away from the unity of God. If I had done that, it would indeed be blasphemous. But there are less than 40 members of THE 99 and in the first interview I gave about THE 99 in the New York Times in 2006, I specifically said that it’s doubtful we’d get close to 99 as some of the attributes are simply not amenable. However, some of the attributes are human if not in their absolute form (like being generous or being strong). And some are human in abstraction. It was also said that MBC3 was still airing the show. This is an untruth as they stopped airing months ago due to the cyclical nature of programing. Lastly they said there was music. Of that I am guilty. I like music. A lot. So of the three parts in the question posed to the Grand Mufti the only truth was that there was music.

What is being attributed to THE 99, by the person who asked for the advice of the clerics, is simply untrue. All anyone would have to do is watch the show or read the comics to see that. But people have been judging books by their covers long before ink was created. It is truly disappointing that after years of hard work, THE 99 was judged as an abstraction, as an idea, rather that as a body of work that has made global impact. But I understand that that is the nature of the beast. When asking for a Fatwa, the seeker asks a question, and the clerics answer based on the wording of that question.

So now it is my turn to seek a Fatwa from the higher council of clerics. And here are my questions.

Prophet Mohammed PBUH states in a hadith that all work is judged by its intent. My intent has been clear and consistent and public since I started. But there have always been those that have been suspicious of me. That is their right. Having a healthy dose of doubt is needed in life. But like everything else in life, moderation is important. To those that doubt the intent of THE 99 and choose to do so without watching the series or reading a comic book I leave with you with these words from the Holy Quran “Oh you who believe! Avoid most of suspicion, for surely suspicion in some cases is a sin.”

May God reward us all based upon our intentions.
_______
Naif Al-Mutawa is a Kuwait-born, U.S. educated psychologist who created “THE 99,” a comic book about a group of superheroes based on Islamic archetypes.

A version of this article was published in The National on Sunday, April 26 2014
——