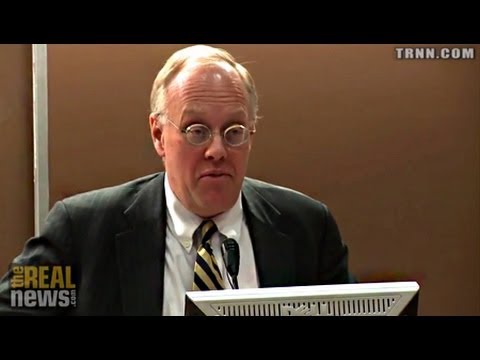 The New York Times made a rare admission that it submits to Israeli state gag orders, fueling charges from critics that the globally-influential publication plays fast-and-loose with journalistic ethics to give favorable coverage to Israel.

The revelation emerged when the The Times delayed its coverage of the Israeli detention of a Palestinian journalist, due—as it turns out—to a gag order from an Israeli court.

The blackout came to light when journalists who did not heed the gag order exposed the detention and media censorship. The Times's public editor, Margaret Sullivan, then elicited an admission from her own publication that it complies with Israeli media blackouts as a matter of policy.

Journalist and activist Majd Kayyal, who is a Palestinian citizen of Israel, was returning from a conference in Lebanon on Saturday when Israeli Shin Bet secret police detained him for five days, during which he was interrogated and denied access to a lawyer.

Blogger Richard Silverstein wrote on Saturday about Kayyal's detention and later released a copy of the gag order. Journalist Ali Abunimah, writing for Electronic Intifada, on Sunday reported the arrest and published classified court transcripts that revealed the existence of the gag order on the media regarding the case. Abunimah subsequently wrote several pieces following the story.

Thanks to an appeal from legal rights organization Adalah, the gag on Israeli media coverage was lifted Thursday.

It was only after the gag order was lifted—five days after the detention and interrogation was exposed by other journalists—that The Times covered the story of Kayyal, who has since been released from detention.

Sullivan on Thursday revealed that The Times's failure to cover the story earlier was due to its compliance with a media blackout.

The chief of the Jerusalem bureau of The Times, Jodi Rudoren, confirmed compliance with Israel's gag orders. Sullivan writes,

The Times is “indeed, bound by gag orders,” Ms. Rudoren said. She said that the situation is analogous to abiding by traffic rules or any other laws of the land, and that two of her predecessors in the bureau chief position affirmed to her this week that The Times has been subject to gag orders in the past.

Yet Jim Naureckas, editor of Extra! Magazine for media watchdog group FAIR, told Common Dreams that such a claim "mocks the whole idea of standing up for freedom of information when you compare a gag order from a secret police organization to a traffic light."

He added, "It's striking that the story involves a journalist being arrested."

Newsroom lawyer for The Times confirmed the compliance. Sullivan writes:

I asked The Times’s newsroom lawyer, David McCraw, about the situation. He told me that he was consulted by Times journalists this week as they considered publishing an article about Mr. Kayyal’s arrest. Although the situation is somewhat murky, he said, “the general understanding among legal counsel in other countries is that local law would apply to foreign media.” Similar issues arise when America news media organizations cover the British courts, he said.

But the restriction in Israel has not been tested, he said.

Yet The Times managing editor, Dean Baquet, and assistant managing editor, Susan Chira, told Sullivan that they were not aware of any instances in which the paper complied with Israeli gag orders.

Abunimah writes that these admissions leave many questions. "Why does Rudoren believe she is bound by gag orders when two senior editors said they were unaware of the newspaper ever agreeing to be bound by such gag orders?" he asks.

According to Naureckas, The Times's Jerusalem bureau is riddled with conflicts of interest that extend beyond compliance with gag orders. As FAIR points out, former bureau chief Ethan Bronner had a son in the Israeli army during his tenure. Furthermore, reporter Isabel Kershner's spouse has worked for a think tank that promotes favorable coverage of the Israeli government.

Sullivan herself has previously criticized The Times for biased coverage of Israel, challenging the paper's decision to ignore revelations that the National Security Agency shares unfiltered raw data intelligence files with the Israeli government.

Ramah Kudaimi of the U.S. Campaign to End the Israeli Occupation told Common Dreams that the problem of biased coverage in major media extends far beyond the The Times and raises the chilling question of what else is being blacked out.

"We just commemorated yesterday Palestinian prisoners day, and here we have a young Palestinian imprisoned by Israel for no reason and there is a gag order. It is shocking that The Times would abide by gag orders and not practice real journalism."

Kudaimi adds, "U.S. funding of Israeli occupation and apartheid creates a mindset that seeps into the way the most U.S. media covers oppression."

Naureckas agrees: "The Times and U.S. media in general covers Israel from the Israeli government's perspective and treats Palestinians at best as outsiders and at worst as a demographic threat."