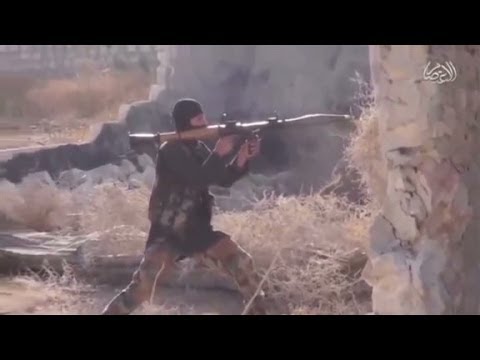 Ordinary people say their lives are at risk due to disputes between rival rebel groups.

Tensions between Syrian rebel forces stationed in civilian areas are causing problems for residents, who say they risk being caught in crossfire or regime strikes.

People in towns and villages far from the front lines say there is no need for large numbers of fully-armed fighters to remain in their areas.

These civilians are not only scared of government air strikes on houses in residential areas used as military headquarters; they also fear confrontations between the various armed factions in their neighbourhoods.

Abou Ali, a 47-year-old resident of the town of Salqeen in Idlib governorate, said, “After the fighters of the Free Syrian Army [FSA] united to rid the city of ISIS [the Islamic State of Iraq and Syria] about two months ago, they returned from the fighting and split up once again because of disagreements between battalions regarding the administration of the city, or for personal reasons.”

He explained that many disputes turn into armed battles in residential neighbourhoods, which put the lives of civilians at risk. Sometimes members of armed factions are killed or wounded, causing reprisals from the other side, and further exacerbating tensions.

In February, according to opposition security forces, the Sharia court in Salqeen issued a summons for one battalion leader after a complaint was filed against him. But he disobeyed the order, pulling his gun on patrol officers and causing a fight in which three members of the security forces were killed.

Yasser, 37, who works in a grocery shop, said frequent gunfire was a source of irritation.

At its closest the Syrian army is 40 kilometres away, and has not had a presence in Salqeen for more than a year-and-a-half, so there is no question of it being responsible for small-arms fire.

“Whenever we hear the sound of gunfire, we consider one of two possibilities – either there are clashes between the battalions, or they are rejoicing at to a wedding celebration,” Yasser said.

There have been assassination attempts on FSA fighters as well as murders of civilians that have never been solved.

In the face of the disastrous security situation, the residents of the city keep in constant contact with Salqeen’s armed forces. One of their communication channels is a Facebook group where they can make requests and record complaints. However, the security situation is too complex to be so easily resolved by a civil society initiative.

Many young fighters are astonished at the actions of the security forces and the lack of any oversight to regulate combatants and punish wrongdoers. Others are tired of the situation and have stepped back from fighting so as to avoid getting involved in such situations.

After leaving the FSA, some former fighters take to smuggling goods to Turkey, while others lay down their arms and simply return to normal life.

Ahmad, a 22-year-old from Salqeen, defected from the Syrian army in October 2011, eight months after the outbreak of the revolution. He joined an FSA battalion in the Damascus outskirts, taking part in several battles against regime troops in Eastern Ghouta.

Ahmad said he had also participated in battles in the city of Aleppo, in Jisr al-Shughour in Idlib governorate and in Jabal al-Akrad in the governorate of Latakia.

Morale among those who fought alongside him in these battles against government forces was high, he said.

After the opposition took Salqeen, he returned to be close to his family, and joined another FSA faction.

Ahmad is currently living alone in his home, as his relatives have moved to Lebanon due to the continual air strikes on the town.

He returned to construction work about two months ago, his main employment before he joined the Syrian army. For a nine-hour work day, he earns 1,500 Syrian pounds (ten US dollars).

“I haven’t abandoned the revolution, but I have avoided conflict with my people and with those with whom I fought together against the regime which we set out to topple,” Ahmad said. “I am still ready to fight the regime any time, if those who have deviated from the course of the revolution come to their senses and use their weapons to fight for victory for the Syrian people.”

However Abu Abdallah, a 32-year-old from Salqeen who joined a fighting group in Aleppo, says that anyone who abandons the fight because of others’ mistakes must never have been part of the revolution in the first place.

Abu Abdallah’s only desire is to topple the regime, and he visits his wife and child for just a few days at a time to check on them and make sure they have what they need before he returns to the front line in Aleppo.

He says he took up arms to protect himself and his property, adding that fighting the Assad regime was the duty of anyone capable of bearing arms.

Others say the rivalries between factions make it almost impossible to coordinate military activities.

A military commander who calls himself Abu Hassan says he has left the Salqeen security headquarters founded by opposition factions in the city, although he still leads his fighters and participates in battles outside the town.

“Every time one group or battalion is in charge and is running the HQ so as to seriously manage the security situation in the town in a neutral way, without bias or favouitism, someone comes up and protests, saying the administration should be in the hands of some other group,” he said. “That is why it is very difficult for us to run the HQ and to punish wrongdoers among the militants.”

Abu Hassan continued, “We held many meetings to reach agreement between the groups in Salqeen, in order to unite the administration of the HQ, but to no avail. We also demanded a reduction in the military presence on the ground, and the removal of military headquarters from residential neighbourhoods. But in reality, we have been unable to make any agreement work.”

This story was produced by the Damascus Bureau, IWPR’s news platform for Syrian journalists.

Mirrored from The Institute for War and Peace Reporting