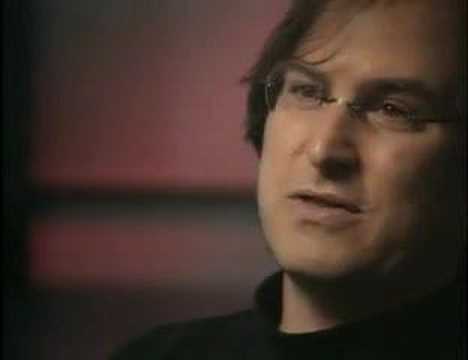 The following are all relevant, fact-based issues, the "hard news" stories that the media has a responsibility to report. But the business-oriented press generally avoids them.

That's an average of $100,000 for every American. But the people who already own most of the stocks took almost all of it. For them, the average gain was well over a million dollars — tax-free as long as they don't cash it in. Details available here.

A recent report stated that no full-time minimum wage worker in the U.S. can afford a one-bedroom or two-bedroom rental at fair market rent. There are 3.6 million such workers, and their total (combined) 2013 earnings is less than the 2013 stock market gains of just eight Americans, all of whom take more than their share from society: the four Waltons, the two Kochs, Bill Gates, and Warren Buffett.

It would be refreshing to read an honest editorial: "We dearly value the 5 to 7 percent of our readers who make a lot of money and believe that their growing riches are helping everyone else."

Instead, the business media seems unable to differentiate between the top 5 percent and the rest of society. The Wall Street Journal exclaimed, "Middle-class Americans have more buying power than ever before," and then went on to sputter: "What Recession?…The economy has bounced back from recession, unemployment has declined.."

The Chicago Tribune may be even further out of touch with its less privileged readers, asking them: "What's so terrible about the infusion of so much money into the presidential campaign?"

A 2009 survey by the European Journal of Communication compared the U.S. to Denmark, Finland, and the UK in the awareness and reporting of domestic vs. international news, and of 'hard' news (politics, public administration, the economy, science, technology) vs. 'soft' news (celebrities, human interest, sport and entertainment). The results:

Surprisingly, the report states that "our sample of American newspapers was more oriented towards hard news than their counterparts in the European countries." Too bad Americans are reading less newspapers.

The hype about the "self-made man" is fantasy. In the early 1970s, we privileged white males were spirited out of college to waiting jobs in management and finance, technology was inventing new ways for us to make money, tax rates were about to tumble, and visions of bonuses and capital gains danced in our heads.

While we were in school the Defense Department had been preparing the Internet for Microsoft and Apple, the National Science Foundation was funding the Digital Library Initiative research that would be adopted as the Google model, and the National Institute of Health was doing the early laboratory testing for companies like Merck and Pfizer. Government research labs and public universities trained thousands of chemists, physicists, chip designers, programmers, engineers, production line workers, market analysts, testers, troubleshooters, etc., etc.

All we created on our own was a disdainful attitude, like that of Steve Jobs: "We have always been shameless about stealing great ideas."

Three separate studies have shown that corporations pay less than half of their required state taxes, which are the main source of K-12 educational funding and a significant part of pension funding. Most recently, the report "The Disappearing Corporate Tax Base" found that the percentage of corporate profits paid as state income taxes has dropped from 7 percent in 1980 to about 3 percent today.

7. Companies Based in the U.S. Paying Most of their Taxes Overseas

Citigroup had 42% of its 2011-13 revenue in North America (almost all U.S.) and made $32 billion in profits, but received a U.S. current income tax benefit all three years.

Pfizer had 40% of its 2011-13 revenues and nearly half of its physical assets in the U.S., but declared almost $10 billion in U.S. losses to go along with nearly $50 billion in foreign profits.

An evaluation by Michelle Chen showed that the minimum wage for tipped workers has been approximately $2 an hour since the 1980s. She also notes that about 40 percent of these workers are people of color, and about two-thirds are women.

Paul Buchheit is a college teacher, an active member of US Uncut Chicago, founder and developer of social justice and educational websites (UsAgainstGreed.org, PayUpNow.org, RappingHistory.org), and the editor and main author of "American Wars: Illusions and Realities" (Clarity Press). He can be reached at paul@UsAgainstGreed.org.