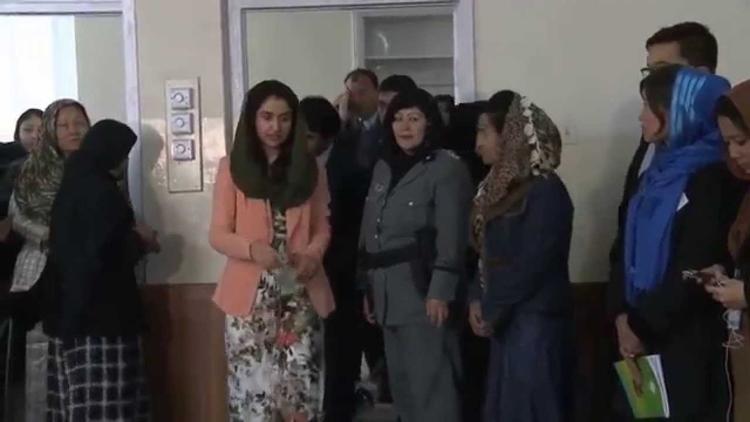 Afghanistan went to the polls on Saturday, despite threats by the Taliban to disrupt the elections and calls by the extremists for Afghans to boycott the vote.

As it turns out, the elections appear to have been a success, despite many problems (including a last-minute shortage of ballots as more voters showed up than expected). Here are the top pieces of surprising good news that came out of them:

1. The nearly 400,000 Afghanistan National Army and police forces were deployed throughout the country effectively. They stopped traffic into the capital of Kabul from afternoon on Friday, allowing the Saturday vote to avoid being disrupted. This operation was a difficult and complex one, and that the security forces were capable of it is a good sign.

2. Afghans were relatively enthusiastic about voting. Some 7 million went to the voting both out of 12 million who are eligible to vote (58%). The turnout was about twice that of the 2009 presidential comapaign.

3. Fully one third of those who voted were women. Women came out in large numbers in the big urban centers. In Taliban strongholds in the south and east, however, many had to stay home.

4. The electorate broadly defied the Taliban, voting in very large numbers despite their difficult economic situation.

6. One third of the electorate is youth, who came out in force for their candidate (urban youth tend to favor Ashraf Ghani Ahmedzaid, who was close to the UNO.

7. This election marks the first peaceful transfer of power from one president to another in Afghanistan’s history.

There are many challenges before the country. Outgoing president Hamid Karzai could try to position himself as the power behind the throne once the new president is chose. Zalmai Rasoul, among frontrunners, is said to be closest to Karzai.

The nearly 400, 000 troops and police deployed on Saturday cost money, far more than Afghanistan’s budget would allow for. Unless NATO countries take up the slack, the new state could fail and wither.

The Taliban have demanded all foreign forces leave as a price for compromise. All the major presidential candidates said that they would permit some US troops to remain.

As the US and NATO draw down their presence, Afghanistan could become a focus again for India-Pakistan rivalry, with potential for renewed violence.

The country is desperately poor and a small but significant Taliban low intensity conflict has taken hold in the south and east, which won’t be easy to tamp down.