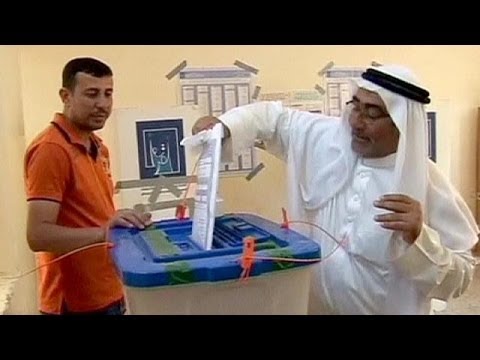 Iraqis went to the polls on Wednesday in the first national parliamentary elections since US troops pulled out of the country completely (in late 2011). The results won’t be in for a while, but here are some early statistics:

2. Number of people who died in attacks on polling stations: 14

5. Number of seats for which candidates are running: 328

9. Percentage of seats set aside for women: 25%

12. Number of people killed in attacks on voting booths during early voting by members of the armed forces in previous two days: 80

13. Number of top politicians claiming their party won, as of 3 hours after the closing of the vote: 2 (Nouri al-Maliki of the Da`wa-led State of Law coalition and Ammar al-Hakim of the Islamic Supreme Council of Iraq, both Shiite religious parties)

The numbers don’t support the idea that Iraq can’t hold these elections without US troops in country. The death toll in the 2010 election, which US soldiers provided security, was three times as large.

The numbers also don’t support the allegation that the high monthly death toll in political violence, about 800 a month, would make it impossible to have a proper election. (The death toll in Iraq is horrible, but it is smaller than that in Mexico in recent years).

Iraq is deeply divided among Shiite Arabs, Sunni Arabs and Kurdish Sunnis, and many Iraqis see the present prime minister, Nouri al-Maliki, as having developed dictatorial tendencies and having increasingly deployed paramilitary Shiite gangs to assert himself. Hence the belief that there is a surge in popularity for the Islamic Supreme Council of Iraq of Ammar al-Hakim.

A big question is how long it will take to form a new government (last time it was 9 months). A further big question is how well Iran will do out of the new parliamentary coalition and the prime minister (it cannot be ruled out that al-Maliki will remain, and he has grown closer to Iran).

The new government is faced with many challenges, including a Syrian war on its threshold and a Saudi-Iranian Cold War that threatens Iraqi security.
—-