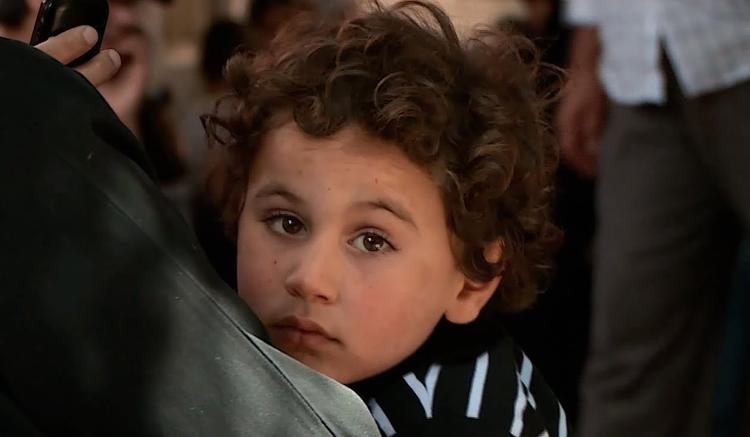 AFP Arabic reports that Syrian refugees, and Christian refugees in particular, are hoping that the visit of Pope Francis to Jordan on Saturday will raise the profile of their plight.

Europe and some of the Gulf oil states have frankly sloughed off on their responsibilities to these Syrian refugees, many of them living in squalid tent cities. Since these states have chose up sides in the civil war and are contributing in one way or another to its prosecution, they bear a responsibility to care for the people displaced by the conflict.

A much smaller number of Iraqi refugees is also in Jordan, and they also contain thousands of Christians.

Some 60% of the Jordanian population is made up of Palestinian families expelled by the Israelis, including Christians. A majority of Jordanian families therefore came to the kingdom as refugees of one sort or another, and Christians have been significant proportions of these refugees.

About 4 percent (250,000) of Jordan’s citizen population is Christian. There are also 40,000 Asian Christian guestworkers there, most of them Filipino or Sri Lankan.

Pope Francis on Saturday will meet with 600 or so needy persons in Jordan, including 50 Syrian and Iraqi refugees. Among the Syrian Christian villages from which the population has had to flee is Maloula, which was held for a while by an al-Qaeda affiliate. Christians there still speak Aramaic, the language of Jesus.

The pope will conduct mass at the stadium in Amman for thousands of people, and Syrian Christian refugees say they will be among the attendees.

Father Rif`at Badr said he hoped the papal visit would shore up Arab Christian morale, saying that since the Iraq War of 2003, they have faced a series of catastrophes and high rates of displacement or out-migration. Iraq was thought to have about 800,000 Christians in 2003 but it is said that only half or so remain though not all have left the Middle East– some are in Lebanon or Jordan and they had been in Syria.

Pope Francis will also reach out to Middle Eastern Muslims and Jews. He will meet with King Abdullah II and Queen Rania. He brought with him old friends from Argentina, Rabbi Abraham Skorka and a Muslim religious scholar, Omar Abboud. There are some 500,000 Muslims in Argentina, a country of 41 million, and Francis had good relations with them when he was Archbishop Jorge Mario Bergoglio of Buenos Aires. Abboud says that it has been some time since the world has seen such a strong spiritual leader as Pope Francis. Francis is alleged to have been upset with his predecessor, Benedict XVI, over his 2005 criticism of Muslims, and to have threatened to resign over it.