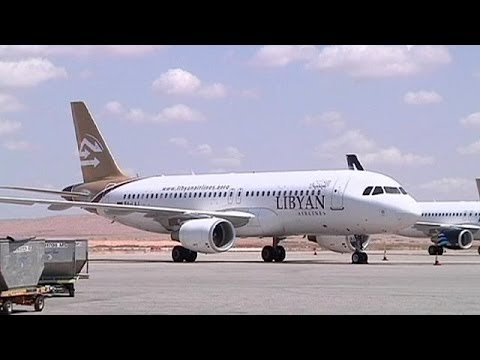 As congressional Republicans prepare to have yet another round of investigations into the September 11, 2012 attacks on a US “consulate” in Benghazi, Libya, it is hard to see any concrete steps they have taken to forestall such calamities going forward. Congress had refused requests for better embassy security in 2012 because, they said, it costs money.

But if the problem is extremists based in the great Libya city on the Mediterranean, then a renegade former colonel is now addressing it forthrightly .

Beginning on Friday, Col. Khalifa Haftar (ret.) rallied irregulars and some actual Libyan army troops– to mount a military campaign against the Ansar al-Shariah and other extremist militias in Behnghazi.. These anti-fundamentalist forces had access to Libyan army weapons, and deployed helicopter gunships and fighter jets against the extremists. Many ordinary folk in Benghazi have been deeply upset about the increasing importance there of a handful of fringe militias. Haftar’s campaign is from all accounts quite welcome to most of the population. The fighting has left 79 dead and 141 wounded over two days, according to the Ministry of Health.

Hafter came on local television on Saturday to express his determination to wipe out the “takfiris,” or extremist Muslims who do not consider other believers truly Muslim. Another retired officer, Adam al-Jarushi (an air force brig. general) the same day called for all Libyan troops to report for duty in the war on the extremists, and for pilots to commit their aircraft to the fray. Many Libyan military men of the Gaddafi era had been secularists and socialists, and a hatred for the minions of Muslim extremism appears still to be ascendant.

Meanwhile, the transitional government in Tripoli is wary that Hafter is making good on his earlier pledge to stage a military coup and that his campaign to take over Benghazi and remove the Muslim extremists in only a first step. Angered at his use of regime equipment such as helicopter gunships and Migs, it has declared a no-fly zone above Benghazi.

The chief of staff in Tripoli called on all troops to resist any group that tried to take Benghazi by force of arms. Likewise the interim prime minister did, as well. The deputies favoring political Islam recently became ascendant in the General National Assembly, accounting for the PM being unhappy with Hafter’s assault on the militants of political Islam.

The US has virtually abandoned Libya since helping it with its revolution against Daffy Gaddafi. The GOP witch hunt over the events of Benghazi have made the Obama administration reluctant to take risks, such that it is running the embassies in Libya, Tunisia and maybe Egypt with skeleton crews. The US has therefore forfeited influence in the new Libya. If the US is so obsessed with Benghazi, that isn’t a good idea.