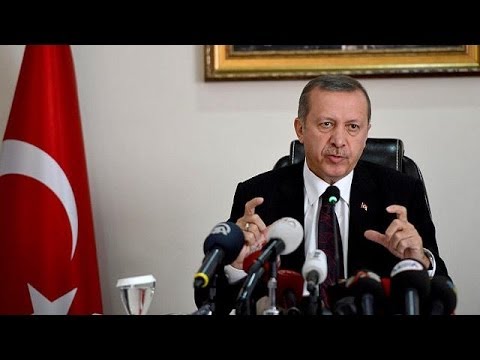 Turkey’s Public Workers Union Confederation announced a one-day strike to demand better worker safety and political protests have broken out Friday in a number of Turkish cities over deaths of nearly 300 miners. Thousands protested in the Mediterranean port of Izmir, for instance.

The tragic deaths at a coal mine in Soma southwest of Istanbul have shaken the Turkish nation and become a political fiasco for Prime Minister Tayyip Erdogan, who is increasingly the Chris Christie of Turkish politics minus the girth, becoming known for a rudeness that borders on callousness and a no-nonsense devotion to business interests over those of ordinary citizens.

An electrical unit at the mine blew up and started a fire, killing the workers with carbon monoxide poisoning. Nearly 800 miners were in the mine. Some 120 are still trapped below.

The industrial accident needn’t have become a political issue, but it was grossly mishandled by PM Erdogan, who has been behaving increasingly erratically for the past year. He went to Soma on Wednesday and instead of weeping for the dead and showing solidarity, gave a weird speech in which he seemed embarrassed that such a thing could have happened in Turkey. He insisted that such industrial accidents are common in the US and Europe, and even pulled out statistics on mine collapses in Victorian England. He said such tragedies were “ordinary things” that “happen all the time.”

The outraged mourners charged the stage and Erdogan and his entourage had to take refuge in a nearby supermarket. One of his aides was caught on video kicking a mourner turned protester. Erdogan himself slapped and knocked down a man in the supermarket, though that may not have been intentional. But then he also appears to have slapped a young woman there. The image of the aid kicking the mourner went viral, despite Erdogan’s attempts to close down social media in Turkey (youth use VPN and other workarounds).

Erdogan’s callousness may have derived in part from his closeness to the Turkish business community. The mine had fairly recently been privatized, and workers insist that safety standards declined steeply once it was in private hands. Some of the anger toward Erdogan comes from a resentment of Neoliberal policies of privatization and deregulation.

In the past year, Erdogan has faced a youth movement upset about his government’s dedication to helping real estate developers put malls in every possible available space. And his long-time partners on the religious Right, the Gulen movement, have turned on him and used their access to gather and release embarrassing recordings suggesting deep corruption in the Erdogan inner circle. These allegations are damaging because Erdogan’s Justice and Development (AK) Party made its reputation by being squeaky clean and actually providing services. The party has not mainly functioned as a vehicle for political Islam, though Erdogan and other leaders of it increasingly pepper their speeches with slogans of the Muslim religious right. But it has been a very pro-business party, with provincial entrepreneurs among its major constituencies.

Neither engaged students nor angered union workers are likely to stand in the way of Erdogan’s election as president this summer, though if he goes on the rest of the campaign season as he did on Wednesday and Thursday, the public might well turn against him. 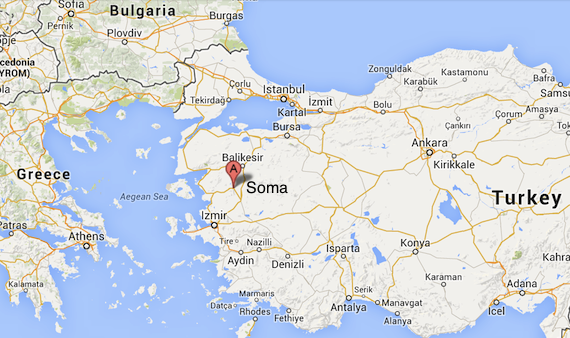