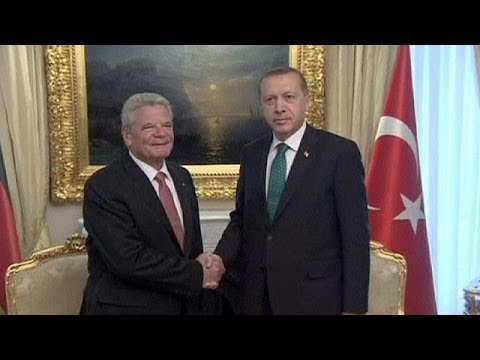 I can’t help being surprised of how little that has been reported in the foreign media about the development in Turkey after the local elections. Before the Gezi protests less than one year ago, Turkey was perceived as a promising, developing democracy. But now, the country has embarked on a path in the opposite direction.

The democratic failures are many.

One example is the extensive pressure on the media and heavy censorship of the Internet. Another is the situation where judges and prosecutors can’t do their job without approval from higher authority – meaning, well, Erdogan. Last but not least, the MIT, the intelligence service, was just some days ago granted powers, that will open up a new scary chapter in the Turkish history, and literary make the emergence of a Turkish Stasi possible.

“The democratic failures are many.”

However, nothing of this worries me as much as the fact that YSK, the board in charge of organising the elections, recently came out of as a pro-AKP institution, as they denied the opposition’s appeal for a recount of the votes in Ankara, despite a very tight race, and obvious indications of cheating. This shows that the last and maybe most important cornerstone of the Turkish democracy, the ballot box, once highly praised by Erdogan himself, has been removed. My guess is that it will not be back in place anytime soon.

The foreign press, however, has not been too eager to report on these more gradual, worsening changes. They instead have mostly focused on the Twitter-ban and the strong support that Erdogan still holds among the conservative part of the population. Some journalists almost seem baffled about the fact that a corrupt politician can win elections.

So, I ask myself, are western journalists just too ignorant to report about a country whose politics do not follow a western logic?

Or is it just too demanding to turn the gradual disappearance of democracy in a ‘distant’ country into a click-friendly story?

I’m ready to say; thank God that Erdogan banned Twitter! That at least gave the increasingly difficult situation in Turkey some international attention!

Ola Claësson @Coldheartedson has lived in Turkey and is blogging about the country at www.whatsupturkey.com. He is currently writing a book about Turkey.