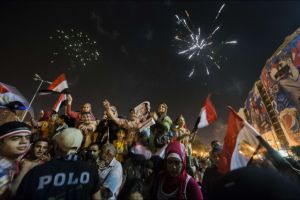 CAIRO — Egypt’s police arrested half a dozen men for sexually assaulting women during celebrations for the inauguration of Egypt’s newly-elected president Abdel-Fattah al-Sisi, as public outrage mounted over an online video appearing to show a sexually…

Abdel Fattah El-Sisi Sworn In As President of Egypt