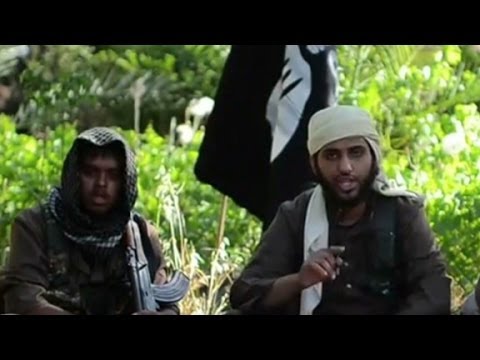 The Obama administration’s fruitless search for effective Sunni “moderate” fighters in Syria continues, with the announcement of a $500 million grant to them for training and weaponry.

This policy seems in part to be driven by Saudi Arabia from abroad and by liberal interventionists, including Kerry, National Security Adviser Susan Rice and UN Ambassador Susan Powers. It is very bad policy, committing all over again the worst mistakes of the Reagan administration in Pakistan and Afghanistan in the 1980s. Anti-Communist crusading and liberal interventionist imperialism turn out to look an awfully lot alike on the ground.

The problem is not that there are no moderate Sunni oppositionists. There are plenty of them and they are decent people standing up to a regime guilty of crimes against humanity (i.e. of a systematic and extended series of war crimes). The problem is that they are highly unlikely to defeat ISIS or similar groups on the ground, and that any arms and training given them will also go to ISIS for ultimate use against the United States.

1. The Sunni Syrian fighters are not all that wedded to a particular ideology. Several important groups originally operating as part of the pro-Western Free Syrian Army defected to the al-Qaeda affiliates last September, apparently mainly because the latter pay better. That is, the assumption that there are essential or perduring “moderates” is incorrect. Guerrillas need resources and admire winners, so groups with more resources that have more victories will pick up allies over time even if they are horrible groups.

2. The kind of money the US is offering, $500 million, is simply not enough to allow it to compete with the funders of ISIS and Jabhat al-Nusra in Syria. ISIS captured that much just from Mosul banks alone last week. Plus it has Syrian oil fields and enormous influxes of capital from the private business billionaires of the Gulf. The US will be outspent, and so will fail to keep the loyalty of the moderates it trains, many of whom will switch sides and join al-Qaeda.

3. Civil wars are polarizing. Quite apart from money and resources, it is extremely difficult for a moderate third force to remain moderate. The Syrian regime has deployed Alawite thuggish gangs of ‘ghosts’ or shabiha against civilian populations, sometimes committing massacres. Alawite Air Force pilots routinely drop petroleum barrel bombs, which are indiscriminate in their impact, on civilian neighborhoods. This logic forces Sunni opponents to match the shabiha for brutality and identity politics. Hence, the most motivated fighters over time have been radical fundamentalists, not open-minded moderates. Many groups once just adherents of political Islam have over time been pushed into the arms of the al-Qaeda affiliates in northern Syria by the dynamics of the battlefield.

4. Weapons given by the US to ‘moderate’ Sunnis will make their way to the radicals, in part because of corruption. Indeed, US weapons and ammunition traveled from Shiite Iraqi troops to Sunni extremists in Iraq. The troops allied with the US would often be corrupt and would sell their weapons, only to find themselves later outgunned by fundamentalists who had bought them. Given the influx of Kuwaiti and other private Gulf money to ISIS and other radicals, they will be in a position to profit from any corruption among US allies. But also, it is inevitable that “moderate” Sunnis will sometimes be engaged in firefights with the Syrian regime on the same side as the radicals, and the radicals will be in a position to acquire the latter’s weaponry when they fall on the battlefield or suffer reversals at regime hands.

5. Training given by the US to “moderates” will be shared with ISIS and other radicals. It is obvious that the training the US Central Intelligence Agency gave Afghan Mujahidin in northern Pakistan in the 1980s, in how to form covert cells and how to plan and execute tactical operations flowed to the Arab volunteers who were allied with the Mujahidin. In other words, US training helped to produce al-Qaeda when the training was shared by trainees with allied radicals. There is little doubt that any special training given Syrian Sunnis by the US will be acquired by members of al-Qaeda affiliates for use against the US. It will be acquired because out on the battlefield US-trained moderates will be de facto allies of ISIS, and so will need the latter and will fight alongside them, sharing techniques. It will also be acquired when the moderates defect to the al-Qaeda affiliates.

Syria has become a moral dilemma. Allowing the regime to survive is extremely unpalatable because it is guilty of war crimes. But then so too is ISIS guilty of war crimes, indeed, of crimes against humanity, and it could well sweep into Damascus if the Baathists falter, just as it swept into Mosul. Having an al-Qaeda wannabe take over the rest of Syria after taking northern Iraq is a very, very bad outcome. The West supported the Algerian military regime against the Islamic Salvation Front in the 1990s, despite the government’s dirty war and similar crimes to those being committed by the Baathists in Syria.

I have concluded that the dangers of blowback from US intervention are so great and the danger of an ISIS victory in Syria so unacceptable that the US would be better off not intervening directly in this conflict. I don’t believe that the Baathists can come back and remain a stable regime over the medium term given their extreme brutality in Homs and elsewhere. Since I think their legitimacy has been fatally weakened for the next generation of Syrians, it seems to me crazy to take the risk of repeating the Reagan mistake of fomenting private armies that morph into terrorist threats to the US. (What bad thing would have happened if the US had left the Babrak Karmal Communists alone in Afghanistan, in the end?) And I fear that that is exactly what the liberal interventionists in the Obama administration are doing, President Obama, who is more of a defensive realist, needs to stop listening to them and instead get with Chuck Hagel and Gen. Dempsey; I can’t imagine that they agree with this cockamamie quest for “moderates.”