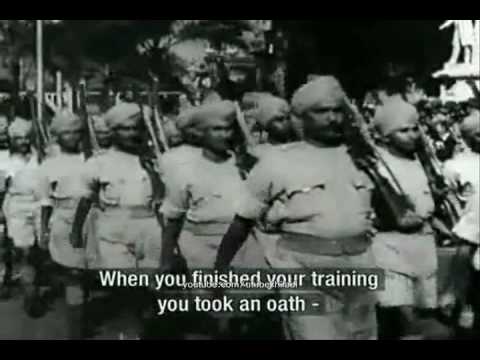 One of the frustrations for a world historian is the unyieldingly parochial vision of the North Atlantic common among journalists and even many historians, and consequently among the public. The 17 world leaders gathering for the D-Day commemoration should by all rights include Pakistani Prime Minister Nawaz Sharif, Indian Prime Minister Narendra Modi, and Senegalese President Macky Sall, among others from countries whose troops fought the Axis on European soil even if they weren’t part of this landing. They in many ways made it possible by their exploits in North Africa, Italy and southern France.

The great literary and cultural critic Edward Said pointed out that although Britain, France, Italy and other European states were multicultural empires in the 19th and early 20th century, many academics and popular writers now project back onto them the narrow framework of the nation-state. Postcolonial states are sometimes touchy and embarrassed about millions of their countrymen having volunteered to serve a now-gone empire.

World War II is a case in point. The British Indian army was expanded to 2.5 million men under arms through calls for volunteers. It fought in Italy (yes), Africa, the Middle East, and Southeast Asia. Tens of thousands were killed, a similar number wounded, and more tens of thousands taken prisoner. The British decorated 4,000 of them for valor. These troops were made up of Hindus, Sikhs, Muslims (and probably some Buddhists). Punjabi and Baluch Muslims, who would now be termed Pakistanis, were prominent among them, as were Muslims from the Indian Princely states. Along with regular British units, the British Indian Army fought the Italians and Germans in Libya from Egypt and campaigned on in to Tunisia. Once North Africa fell, they fought in the invasion of Italy. When I lived in New Delhi in 1982, my landlord was a Sikh colonel who had Italy campaign stories from his youth. Among the troops decorated in that Italian campaign was Sepoy Ali Haidar, 13th Frontier Force Rifles, for his role in allowing a key river crossing.

All this is not to mention the role of British Muslims like Noor Enayat Khan in intelligence and other work toward defeating the Nazis. Or Shapour Bakhtiar, the later Iranian nationalist who went to Europe for an education and ended up fighting both on the Republican side in the Spanish Civil War and in the French Resistance to the Nazis in southern France.

While a few Muslims did support the Axis out of resentment of Western colonialism and hopes that the rise of an alternative power center would aid their quest for independence, they were tiny in their numbers compared to the Muslims who not just supported the Allies (as almost all did if you go back and read the newspapers) but actively fought on their behalf, on the battlefield. Nor was it only Muslims– Hindus in the British Indian Army captured by the Japanese sometimes were willing to join the latter’s puppet Indian forces and fight against British colonialism. But if you think about it, most Muslims would have realized that a Nazi-dominated world would not exactly be good for groups categorized as lesser and degenerate races.

Senegalese troops fought in the Free French army of Charles De Gaulle in the invasion of Italy and in the liberation of southern France. German officers, steeped in Nazi racism, were surprised and outraged to have to fight Africans on European soil. Imagine their further dismay as the African troops turned out to be in the winning side. The Senegalese were called Tirailleurs or Riflemen.

Here is footage set to a poem by Senegalese President Leopold Senghor:

At a time when the Network for Muslim-Hatred constantly attempts to link Islam to the Nazis (who were as far as I can tell Europeans of Christian heritage), it is worth remembering Ali Haidar, Noor Enayat Khan and all the hundreds of thousands of others who fought on the right side of history– along with all their Hindu, Sikh and Buddhist counterparts. It is called a World War for a reason.