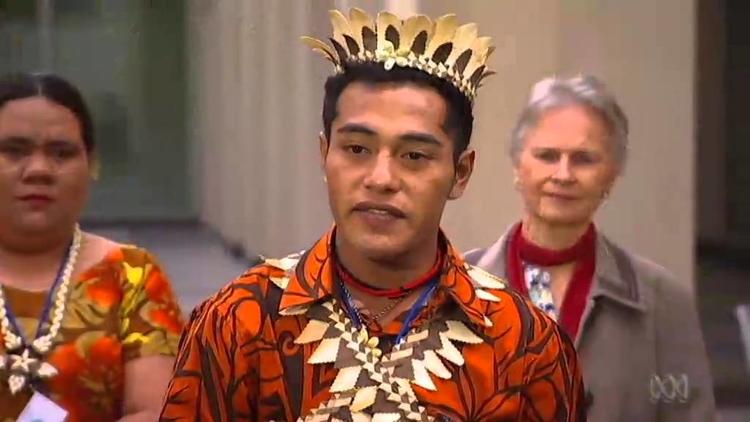 The interim prime minister of Fiji on Thursday condemned the international community for its continued failure to address the crisis of climate change, saying Pacific island nations like his have been left "to sink beneath the waves" as the planet warms and the oceans rise.

Fiji’s interim Prime Minister Frank Bainimarama told those gathered at the Pacific Islands Development Forum on Thursday that ‘history will judge harshly’ those who fail to act as nations drown. Speaking as host at the opening session of the Pacific Islands Development Forum (PIDF), Fiji's interim prime minister Frank Bainimarama chastised world leadership across the world, saying "the collective will to adequately address the crisis is receding at a time when the very existence of some Pacific Island nations is threatened by rising sea levels."

Bainimarama said the very existence of numerous island nations – including Kiribati, Tuvalu and the Marshall Islands – are already experiencing the swamping of coastal areas, unprecedented storm surges, and other threats.

He also pointed a finger at major countries—including the U.S., Canada, China, and Australia—who contribute a disproportionate majority of the world's carbon pollution and greenhouse gas emissions, saying, "History will judge you harshly if you abandon us to our apparent fate of sinking below the waves because you don't want to make the necessary adjustment to your domestic policies."

The regional gathering, the second time the PIDF has officially convened, was also addressed by Indonesian President Dr. Susilo Bambang Yudhoyono who said the forum's dual focus on sustainable economic development and addressing climate change was essential and that "a new economic paradigm which promotes economic progress without harming our natural riches and resources" is the key to future resilience for island nations.