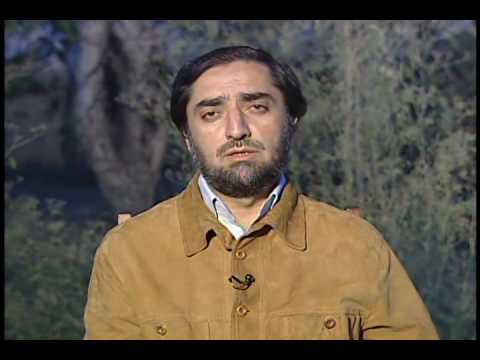 As disappointed Abdullah Abdullah supporters label Afghanistan's early election results a "coup d'etat," there is every reason to take seriously their threats to form a parallel government rather than accept one led by rival candidate Ashraf Ghani.

This is because Abdullah is part of a powerful network that has both the political and military assets needed to form an alternative government. Whether that government would be a replacement to the government in Kabul or simply the government of a separatist region has been left unclear by the vague talk so far.

Abdullah's network is part of the remains of the Northern Alliance, a largely ethnic Tajik-based military front formed in 1996 to defend northern Afghanistan after the Taliban took Kabul. Abdullah was the Northern Alliance's last foreign minister and a close friend of its most famous commander, Ahmad Shah Masud, who was assassinated on the eve of the September 11, 2001, terrorist attacks in the United States.

As the United States subsequently pummeled the Taliban in late 2001, the Northern Alliance swept into Kabul and became the initial core of the new Afghanistan state's security forces. Analysts say that 13 years later, the base of the security forces has greatly broadened, but some of the former Northern Alliance networks within them remain intact.

"The Northern Alliance formed the basis both for the military and police forces from the very beginning because most of their soldiers went into [these bodies]," says Arne Strand, research director of the Chr. Michelsen Institute in Bergen, Norway. "Overall, [Afghan President Hamid] Karzai got more control with the international advisers being brought in for the training and things like that, but there are some structures still in place."

Analysts say the original Northern Alliance has long disbanded into multiple new political parties and informal networks. But the new bodies keep their loyalists intact and on their payrolls, including fighters.

Anand Gopal, author of "No Good Men Among the Living: America, the Taliban, and the War Through Afghan Eyes" and a fellow at the Washington-based New America Foundation, says these networks give Abdullah considerable muscle. "He probably has the most prominent network and he is with Atta [Mohammad Nur], who is the governor of Mazar-e Sharif [eds: Balkh Province], and with various people in the Ministry of Interior and various people in smaller militias in the north," he says.

"Another prominent network that has an ambiguous relationship with him is that of the late vice president, Marshall [Mohammad] Fahim, who also has lots of militias that are part of that network, particularly in northern provinces like Konduz," Gopal adds.

The danger of the current election crisis splitting Afghanistan is heightened by ethnic tensions. Abdullah, of mixed Pashtun and Tajik heritage, has sought during his campaign to reach across ethnic and regional lines, as has his rival Ghani, an ethnic Pashtun. But Abdullah's strongest base remains among Tajiks, Afghanistan's largest minority, while Ghani's is among the majority Pashtuns.

Strand says that many Tajiks see Abdullah as their standard bearer and thus the announcement that the initial election results showed him trailing Ghani by about a million votes came as a body blow directly to their community. "It's based on history and it's based on the feeling of historically not having the kind of influence they should have in Afghanistan and it's the feeling of being cheated by the Pashtuns again in this election," he notes. "That brings out a lot of emotion."

Abdullah ran for president against Karzai, an ethnic Pashtun, in 2009 but withdrew before the second round in the face of what he claimed was massive voting fraud.

As the initial results for this year's presidential runoff were announced on July 7, lingering anger among Abdullah's supporters over his earlier defeat was evident.

Abdullah has sought to calm some of the anger over the initial election results by saying "we don't want partition of Afghanistan, we want to preserve national unity and the dignity of Afghanistan."

But he has also said he was the winner and would "not accept a fraudulent result, not today, not tomorrow, never."

Many analysts say that although the anger over the initial election results has the potential to split the country, or even deteriorate into the factional fighting that ravaged Afghanistan between 1992 and 1996, the crisis is not likely to go that far.

Washington has moved quickly to use that leverage in an effort to ease the tension. The White House has issued a public statement saying that that if "violent or extra-constitutional" means are used in the crisis, the United States will end its assistance. U.S. President Barack Obama also personally called Ghani on July 9 and Abdullah on July 8.

That could mean this week's crisis will signal less the beginning of a split of Afghanistan than of a prolonged negotiation over how to form a government acceptable to both sides. In that case, the outburst of anger among Abdullah's supporters could serve as a powerful bargaining chip for their candidate in talks with Ghani.

But analysts say that whatever negotiating takes place, time is short. "The stakes are extremely high and there is really not the luxury of letting this be a long drawn-out process as we had in the 2009 disputed election, at which time you had an incumbent president," observes Andrew Wilder of the Washington-based United States Institute of Peace.

"Now, we are meant to be having an inauguration on August 2 for a new leader and there is an urgent need for Afghanistan to have a new leader replacing Karzai and presenting a new face to the international community."

AFP “Afghanistan at ‘critical moment’ in its transition: Kerry”