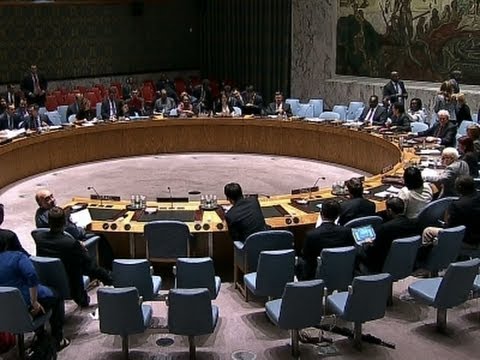 The United States as a great Power is facing a large number of challenges in the Muslim world, and Israel’s Gaza campaign is endangering both American diplomacy there and the very security of the US. Given the series of setbacks for the US in the Middle East, in Iraq, Syria, Afghanistan and Egypt, Israeli PM Binyamin Netanyahu could scarcely have chosen a worst time to kill hundreds of Palestinian civilians in the full light of world media.

The ability of an al-Qaeda offshoot, the so-called “Islamic State,” to take substantial territory in Syria and northern Iraq has alarmed Washington. The US embassy in Baghdad is in as much danger as the capital itself from IS violence. IS recruiting, and the radicalization of Muslim youth, is given enormous help by the scenes of Israeli munitions killing Palestinian civilians.

As security deteriorates to unprecedented lows in Libya, the US has had to pull its ambassador and her staff from Tripoli. Fundamentalist radicals in Benghazi and elsewhere, already suspicious of the US, are seeing blood because of America’s statements in support of the Israeli military campaign. The radicals already despise the US, but one doesn’t want to give them recruitment tools among the general population, most of which had been grateful for the help with overthrowing Gaddafi.

Even long-term allies of the US in the region are disturbed by the Israeli campaign. Turkey is a member of NATO, which the US is actually pledged to defend from attack. Prime Minister Tayyip Erdogan has been scathing about the Israeli attack on Gaza, calling it a “genocide.” There is even a possibility that Turkey will send another Mavi Marmara-style aid ship to Gaza, this time flanked by Turkish destroyers. For the US, few dilemmas are more foreboding than a military conflict between its two most important Middle East allies.

Many Egyptians, both civilian and military, blame the US for having supported the Muslim Brotherhood in 2012-2013. In fact, the US was simply dealing with the government then in power. Egyptian anchors speak darkly of a plot by the US to impose fundamentalist rule and to partition Egypt. Many Egyptians deeply dislike Hamas, but virtually the entire population of Egypt wants to see the Israeli attacks on Gaza stop. To have high US officials defend it is distasteful to them.

There have been big pro-Gaza demonstrations in Afghanistan, where the US is trying to draw down its troops. But as the US contingent there shrinks, it because more vulnerable to attack. The Taliban are making a comeback, and public anger over Gaza helps Taliban recruiting and esprit de corps.

In many parts of the Middle East, Israel’s war on Gaza’s non-combatants could easily provoke an anti-American reaction. In some places, including Iraq and Afghanistan, it could result in American troop deaths. Even in countries allied to the US, the public anger over American backing for Israel is palpable.

The Obama administration has long hoped that a regularized political Islam that participates in democratic elections could take strength away from al-Qaeda and its satellites. If Muslims can achieve dignity and prosperity toward elections, they might not, Washington seems to reason, turn to terrorism and join Ayman al-Zawahiri. Hamas participated in the 2006 elections and has a strong civil wing, and so Obama and Kerry do not share Netanyahu’s hopes of eradicating it. A Pentagon figure recently said that if Hamas were eradicated, something worse (the Islamic State?) would take its place.

Secretary of State John Kerry turned to Qatar and Turkey for advice on how to tamp down the violence. They are backers of Hamas and through them Kerry could unofficially engage with Hamas and its demands. The peace proposal he showed the Israelis on Friday evening was a non-starter for Israeli hawks on the cabinet, since it was fair to the Palestinians.

The Israeli cabinet, in contrast, was outraged that Kerry would bring them what was essentially a Hamas plan.

On Sunday, Obama called Netanyahu and twisted his arm to cease the attack on Gaza, given the high casualty rates among non-combatants and the consequent deteriorating security climate for American interests in the Middle East. Then the UN security council voted for a ceasefire, which couldn’t have happened without US collusion.

Around 9:30 pm Gaza time on Sunday, Israel stopped its shelling of Gaza. Whether the ceasefire will hold has yet to be seen. But unless there is a political deal and an end to the blockade of Gaza, one can be assured that the war will begin again sometime soon.