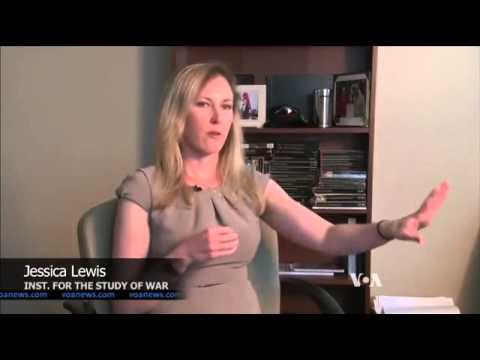 Despite the Iraqi parliament’s failure to reach a quorum on Tuesday, in a clear slap in the face to Prime Minister Nouri al-Maliki and other incumbents running for another term, on Friday Mr. al-Maliki insisted that he remains a candidate for a third term as prime minister.

Sunni and Kurdish parliamentarians on Tuesday took advantage of a brief recess to flee the Green Zone where parliament meets, making further negotiations over forming a government impossible.

On Thursday, long-serving Speaker of Parliament Usama Nujaiji, a Sunni Arab from Mosul, offered to step down, saying he hoped it would encourage al-Maliki to do likewise.

In a defiant speech to the Iraqi people on Friday, al-Maliki underlined that his party had won the largest single number of seats (92) in this spring’s elections. The Iraqi constitution says that parliament should meet within 15 days of the certification of election results, and then should elect a speaker of parliament and a president of Iraq. The president should then appoint as prime minister the leader of the largest single party in parliament.

In 2010, however, the largest party was the Iraqiya, led by Ayad Alawi, with 91 seats, for whom some 80% of Sunni Arabs had voted. Alawi, however, could not put together a coalition with 51% of the seats in parliament. Theoretically he could have been appointed as a minority prime minister, but his government would have been vulnerable to a vote of no confidence. Al-Maliki argued that he should be allowed to put together a post-election majority coalition, which he did, with Iran’s help. Al-Maliki really did have over 165 parliamentarians willing to vote for him in late 2010.

Those who argue that President Barack Obama should have forced al-Maliki out in 2010 either cannot count to 165 or believe the US should have staged a coup. Most US-backed coups have been disasters, so I don’t know why they would argue for one in fragile Iraq.

The former president, Jalal Talabani, is a Kurd and leader of the socialist Patriotic Union of Kurdistan. He suffered a stroke 18 months ago. It is not clear whom the parliamentarians will elect as his successor. Some are saying that the Kurds needn’t expect to see another Kurdish president if they are so insistent on holding a referendum and leaving Iraq.

Some of al-Maliki’s past coalition partners, including Muqtada al-Sadr’s Free Ones Party, seem dead set against al-Maliki, as are the Sunnis and Kurds. I don’t see that al-Maliki has the votes to be reelected.

A great deal therefore depends on who is elected president. If he is friendly to al-Maliki, as Talabani was, then he could appoint him prime minister even though he only has a minority of seats.

In the meantime, losing a third of the country to the so-called “Islamic State,” a vicious terrorist group that helped stage Sunni uprisings against al-Maliki’s army and police, is why al-Maliki’s critics say he needs to step down.

Al-Maliki is attempting to vindicate himself by recovering from the Sunni radicals the city of Tikrit and protecting the refinery at Baiji from them. The Iraqi official press maintains that Tikrit has been altogether cleared by Iraqi government troops and that they beat off an attempt to attack the oil refinery at Baiji. No one believes the official government statements.

Iraqi government claims of holding Samarra, which lies between Baghdad and Tikrit, seem a little less shaky, since 1,000 militiamen of the Shiite Mahdi Army militia (now called Peace Brigades) have deployed throughout Samarra, armed with light weaponry. They say they are there to protect churches, mosques and ancient monuments from the al-Qaeda wannabes. The so-called ‘Islamic State’ is iconoclastic and could well destroy historical monuments. Mahdi Army fighters are experienced in street combat and more likely to protect the Samarra shrines that is the Iraqi army.