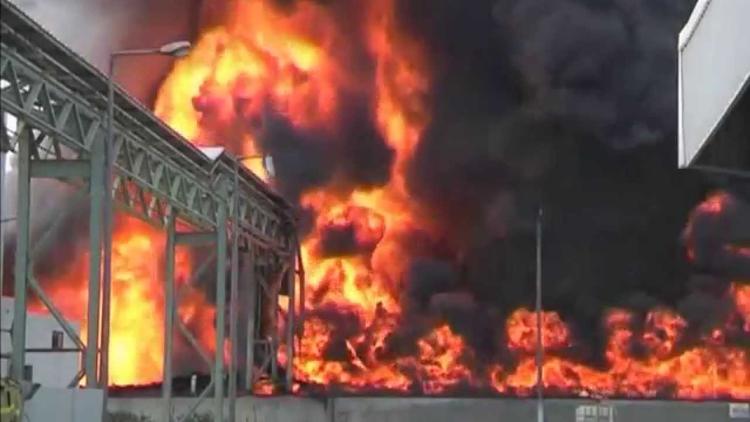 Israel launched a 7-hour campaign of intensive bombing of Gaza on Tuesday, destroying its only power plant. Gaza can no longer generate its own electricity. Without electricity, the water purification plants cannot operate and the drinking water ends up being mixed with sewage or salt water. Without electricity, patients on life support in the hospitals just die, even if Israel does not bomb the hospital, as it has in some instances. The power plant will take the good part of a year to rebuild even after the war ends. Gaza gets some electricity from Israel and Egypt, but many of those lines have been damaged in the fighting.

AJ+ explains: “90% Of People In Gaza Now Have No Electricity

Many Palestinians in Gaza have been reduced to living by candlelight after sunset. This dearth of electricity also has implications for what the outside world can know about the condition of Palestinian families there:

Israel bombing Gaza's only power plant last night has greatly diminished amount of information coming out. No power. No phones. No twitter.

Israel has completely reduced to rubble some 5,000 homes and damaged 26,000. If you figure that Palestinians in Gaza live on average 5 in a dwelling, there would be roughly 340,000 domiciles in Gaza. Israel has therefore destroyed or damaged about ten percent of the housing stock. This is on top of past campaigns of indiscriminate and wanton bombing campaigns. Since Israel keeps Gaza under blockade, it won’t receive the necessary materials to rebuild. The Israelis, having bald-facedly stolen the homes and farms of the people of Gaza, won’t be satisfied until they are forced to sleep in open fields.

Israel has forced some 200,000 Palestinians to flew their homes. But since the Gaza Strip is so small, they have no place to go. Israel won’t let them leave the Strip, but is intensively bombarding it. Some of the places they have taken shelter, including schools and UN refugee shelters, have themselves been bombed by the Israelis.

Channel 4 reports from inside Gaza on “shock and awe”

While one can argue about whether this mortar fire or or that aerial bombing was justified, the destruction of the power plant and therefore of civilian water-purification is certainly a war crime. Babies in particular are vulnerable to dirty water, and often take revenge on their parents for the inability to give them clean water by dying. Israel is, as Rashid Khalidi argues, collectively punishing the entire Palestinian population of Gaza to punish it for being insufficiently cowed and for refusing to accept being ethnically cleansed from what is now Israel.