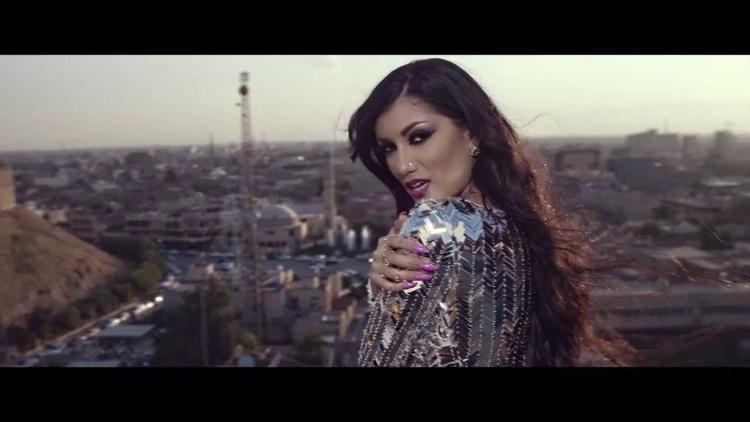 Kurdish pop singer Helly Luv has racked up more than 2.5 million hits since she released her "Risk It All" video in February urging independence for Iraqi Kurds.

The video, one of the few ever to appear in English on the subject, makes no bones about its message. "Let me out, let me go," Luv sings, as she flings Molotov cocktails, dances with Kurdish Peshmerga fighters, hoists Kurdish refugee children from Syria in her arms, and salutes the flag of Iraq's Kurdish autonomous region.

But the video has also proved controversial, not for its message but its provocative imagery. Dancing through the streets of Irbil, the region's capital, Luv risks it all in a way that would get most Kurdish women more than a few stares if they did the same.

Luv, who has a music career in Los Angeles, dances in a silver mini-dress across the walls of Irbil's ancient citadel, rides a motor scooter through the streets, and sits on a throne flanked by lions, an ancient Kurdish symbol of power. All to a mix of dance, hip hop, and traditional Middle Eastern music.

WATCH: Helly Luv's "Risk It All"

That's the kind of behavior conservatives disapprove of and Luv, 25, says she got death threats from many Islamic groups. Her managers have declined to identify which ones.

Still the singer, whose family left Iraq during the Iran-Iraq War of 1980-88 when she was a baby, told Reuters she had no regrets.

"I wanted my first single to be 'Risk It All' to let people know that's what I represent," Luv said. "My whole message is that, Kurdish people, we need to risk everything for our dreams and fight for our country."