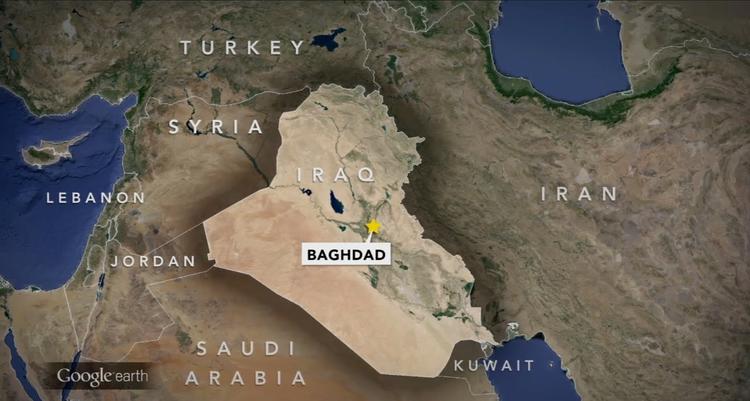 When Western governments pompously talk about “stability in the Middle East”, the interest and the security of the people of the region are seldom on their minds, writes Victor Argo.

What do these commentators mean when they ask for “stability”? What kind of stability do they talk about and who shall benefit from it?

Here is a possible definition: stability means to live in an environment that is predictable. An environment where one doesn’t have to fear to become the unexpected collateral damage of a bomb or a missile. Stability is order and security. Without them, everything else is naught.

“What kind of stability do they talk about?”

However, these commentators, writing for Western media outlets or speaking for Western governments, usually offer a different definition of stability. For them, a stable country is a country with a strong government favorable to the United States. Ideally all elements of society are represented in this government and it has a broad popular support. But these are not absolute prerequisites.

When the Unites States invaded Iraq in 2003 and removed Saddam Hussein and his entire regime, they deliberately destroyed the order that was holding Iraq together. Stability was smashed to pieces. A stable Iraq, albeit ruled and secured by an iron fist, descended into chaos and a civil war – the ultimate instability. Ever since that fateful year of 2003, Iraq is searching for a new equilibrium.

When the last US troops quit Iraq two years ago, they left behind a stable Iraq. Or at least that is what the Americans told themselves. It was an Iraq that allowed US president Obama to fulfill a campaign promise of 2008: to get the US boys home, no matter how wobbly that stable Iraq still was.

The so called stable Iraq was governed by a new authoritarian leader, the democratically legitimized Nouri al Maliki. Maliki was a Shia. The Shia had suffered under Saddam Hussein and Maliki himself had spent more than 20 years in exile. After Saddam was hanged, it was the Shia’s time, and Maliki’s turn, to take over what they had been deprived of before.

Not only that the United States wanted to topple the regime of Saddam Hussein in Iraq, they also – in their own words – pursued the noble goal of bringing democracy to this corner of the world. And since the biggest share of Iraqi society was Shia, an election naturally yielded a Shia victory. In Iraq, democracy became the dictatorship of the majority.

The United States is home to the best schools of political science but they deliver disappointing results. While everyone in Europe knows that democracy is basically synonymous with political instability – in the sense that governments come and go and prime ministers resign and are replaced by opposition figures – analysts in the US still seem to believe that democracy per se is the key to a stable country.

Are they dumb? Or are the playing dumb? Democracy in Europe (and in the United States) works because the political culture for democracy is there. It is based on robust institutions and a common understanding of what constitutes the nation, its people and its goals. It is an understanding that goes beyond personal interests. Democracy in Europe works because societies are not tribal and they don’t have to deal with repercussions of a schism in the Islamic faith hundreds of years ago.

What are the United States doing to promote stability in the Middle East? The stability that the people in the Middle East need, the stability that is based on order and security. Actually not a lot, and they often act to the contrary. After Saddam Hussein in Iraq, the US air force together with its NATO allies bombed away Muammar Gaddafi in Libya in 2011. This gave way to the country falling into the hands of various militias, one of them killing the US ambassador in 2012.

In Syria, the USA made great efforts to undermine the regime of Bashar al-Assad – certainly not a democrat, but a stabilizer – by initially supporting the same forces that are now threatening American pal Maliki in Baghdad: radical islamists. Spin-doctors in Washington are shaking their heads in despair: why don’t these bearded guys stick to the agreed plan and remain in Syria? The borders in the Middle East are more porous than shown on Google maps!

The democracy record of the United States is just as bad. The US supports democracy when it leads to the installment of governments that operate in their favor and they vehemently oppose the democratic process when its results are adverse to American interests.

The prime example is Saudi Arabia. The kingdom has many plans for the Middle East, and a lot of money to push them through, but none of them are democratic. Iran has Hezbollah as its proxy force? Let’s create ISIS as a counterbalance! And yet, despite the recent hiccups, Saudi Arabia keeps being one of Washington’s key partners in the Middle East.

Saudi Arabia sent troops to Bahrain to help the royal family crush a movement that asked for civil rights and a better inclusion of the majority Shia population. In Kuwait and in Qatar, people were condemned to long jail terms for having criticized their rulers on Twitter. In all these cases, the USA looked the other way, well aware that more democracy would mean less stability for the United States. Stability that the Americans need in order to have military bases in all of these countries, to secure energy supply lines and to check Iran on the other side of the Persian Gulf.

There is one country in the Middle East that seems to be immune against calls for democracy and stability: Lebanon. After the civil war that ended in 1990, the Lebanese have established a political system that is so inclusive, with all sects represented on all levels, that the country has become quite ungovernable. At the moment, Lebanon is once again without a president. Attempts to convene the parliament and to get it to vote on a generally accepted candidate to be the new head of state have failed in May and in June of 2014.

“The borders in the Middle East are more porous than shown on Google maps!”

However, the very inability of Lebanon to be governed has nurtured a political state unseen in any other country: the resilience of the chaos. There is no single strongman like in Iraq or Libya who can be disposed and the country will subsequently slide into an abyss. This is particularly true for the Lebanon after the assassination of Prime Minister Rafik Hariri in 2005. Lebanon is a tightly woven rug where the lack of one thread – the president, for that matter – won’t lead to the dissolution of the entire rug.

Therefore, Lebanon is relatively stable, on a low level, and is shaking but not falling. But the chaos comes with a price: Lebanese are in perpetual expectancy of a central state to work and to provide the services that a “normal” state usually provides to its citizens.

And what is the USA doing to bolster the stability of Lebanon? They work against it. The United States tries to impose solutions for Lebanon that benefit them and their allies but not necessarily Lebanon. They favor one political block over another. They go after Lebanese banks, thus sapping one of the few functioning pillars of the Lebanese society, and accuse them of financing terrorism and doing bank services for Hezbollah.

The USA and the UK paid shallow lip service to the security of Lebanon by saying “we stand by Lebanon” when several suicide bombers holding Saudi passports entered Lebanon from Syria in June to blow themselves up at army checkpoints and in South Beirut. If the United States and the UK really want to stand by Lebanon they must stop arming the rebels in Syria and start getting tough with the House of Saud.

However, in the very same week, Obama requested $500 million from Congress to train and to equip “appropriately vetted” members of the Syrian opposition. This is a clear recipe to prolong the war in Syria, not to end it. But maybe that is precisely the goal. When Western governments pompously talk about “stability in the Middle East”, the interest and the security of the people of the Middle East must be first on their mind. Or else, big talk is just phony rhetoric.

Victor Argo (a pseudonym) holds a management position within a European ministry of defense. He uses an alias since his views are private and in no way connected with any official view of any European government. Victor is personally connected to Lebanon.