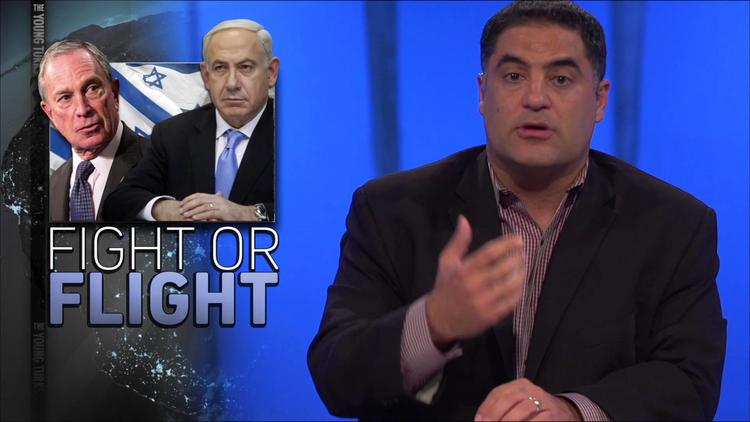 Former New York Mayor and victim of Israel derangement syndrome Michael Bloomberg flew to Israel on El Al airlines on Wednesday to demonstrate that the US FAA was wrong to forbid US carriers to fly into Ben Gurion International Airport. Bloomberg’s combative interview with Wolf Blitzer drew much derisory comment on twitter, and a rebuke from Cenk Uygur:

Cenk Uygur of the Young Turks: “If Israel Is In Mortal Danger, Why Did Bloomberg Fly There?”

Bloomberg in #Israel: "If you don't feel safe here, I don't know where you feel safe." // Umm, places not being rocketed. Like #Brooklyn.

So how many times did Bloomberg visit the Bronx or East New York as mayor? http://t.co/jOqG3syAkm cc: @AGAINSTBRATTON

In his next act, Michael Bloomberg will stay in an apartment building in Gaza to show the precision of Israel's weaponry.