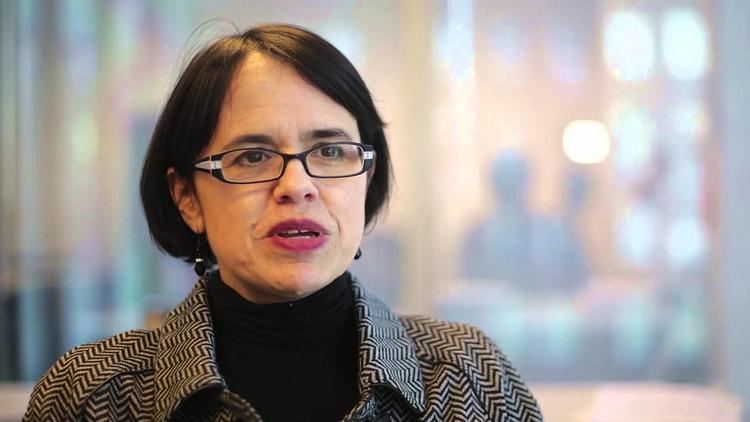 My response to students’ queries on the matter of Responsibility to Protect (R2P) has generally been that the whole narrative is a bit of a distraction: R2P merely repackages a principle that already existed, namely that states have a moral – and kind of legal – obligation to act in the face of genocide and widespread human rights abuses. The ultimate sanction against a state engaged in such abuses, the use of armed force in order to protect civilians at risk, is on the R2P table, but remains subject to Security Council approval. So, R2P gives us a significant statement of intent and principle on behalf of the international community, but means very little in practice and cannot be considered as having changed international law.

As a student when R2P became a hot topic, around 2003/4, most activists were focused on Palestine and Iraq, which we saw as major human rights issues. R2P, though clearly important, was generally perceived by us as a diversion from the immediate concerns. A non-confrontational, inherently establishment and liberal- friendly north American, ‘lets make the world nice’, kind of movement, not unlike the weird ‘Stop Kony’ fad of several years later. Rather than try and fight abuses by holding power to account, R2P proponents developed a safe ‘protest’ type discourse-conversation with neo-liberal governments, essentially limited to asking them to sort out the bad guys.

We are now asking why R2P isn’t being applied to Palestine today. In reality, it never was –not at its inception and not since. The second (al Aqsa) Palestinian intifada against Israeli occupation began in September 2000, while the original International Commission on Intervention and State Sovereignty (ICISS) report on R2P was published in December of that year. Throughout the second intifada, the invasion of Afghanistan and the invasion of Iraq, R2P supporters had nothing of consequence to say about any of this. Their enthusiasm and focus was squarely on Darfur, sometimes stretching to Burma and Zimbabwe. Those were, in keeping with the R2P paradigm, the classic bad guys. Those places were seen to have no veneer or hint of liberal democracy, unlike, for example, ‘very democratic Israel’.

I have done a search for ‘Palestine’ through the journal Global Responsibility to Protect. Only having access to issues from 2012, but Vols 1-3, 2009-11, I found a total of four mentions of ‘Palestine’ in ‘the premier journal for the study and practice of the responsibility to protect (R2P)’.

Forgive the speculative generalisation, but this capacity to not see certain massacres, while thinking that R2P could halt others, might be traced to a particular north American style liberalism, not entirely feasible in the culture on this side of the Atlantic. Such an approach can be seen in this statement made by Michael Ignatieff, academic and former leader of the Liberal Party in Canada, in which he frames the possibility and imagination of activism as so: ‘The best human rights activists can ever hope for is to keep democratic regimes honest and to shame undemocratic ones into being less brutal’.

Can political activists or legal scholars, reluctant to see the world in terms of a democratic/non-democratic binary, and who seek to further justice and human rights, think and imagine a little more broadly than this? One might suggest that the aims and purposes of the Boycott, Divestment, and Sanctions (BDS) movement against Israeli institutions allied to the occupation, actually chime nicely with the R2P narrative, i.e. placing sanctions on a state perpetrating widespread human rights abuses until such time as it lives up to its obligations under international law. It could then be that the function of R2P as per Palestine has operated for many years, and vigorously so, except under the grassroots BDS banner. This movement is distinguished from the formal, academic R2P set, insofar as it is aligned against power and the western liberal states, as well as against university managers and administrators, rather than being reliant on them[1].

To speak of R2P as applying to Palestinians at all, one must accept that there is a need to protect a vulnerable population against genocide, war crimes, ethnic cleansing, or crimes against humanity. Many people and institutions, such as Canada, refuse to acknowledge that ethnic cleansing, apartheid, war crimes, or crimes against humanity are being, or could be, perpetrated by Israel.

Since they continue to resist Israeli domination, whether through attitude (sumoud) or rockets, the R2P set don’t seem capable of accepting Palestinians as a ‘vulnerable’ people. Are Palestinians regarded as contributing to their own misfortune (“Self-genocide” as an Israeli Minister has now labeled it) by refusing to accept the demands of Israel and the ‘international community’? Stop the rockets, drop the attitude, accept what’s on offer, accept the siege, recognize the state of Israel as a Jewish state, accept the refugees can never go home, forget Jerusalem,. Never go to the International Criminal Court. Perhaps to be accepted as vulnerable, in order that R2P be triggered, one must be, and remain, passive, and worthy of charity.

R2P as an academic sub-discipline then, might be seen as typifying this problem, as it moves from Darfur to Libya to Syria and on, without stopping to pause and engage with long-standing structural issues around war, exploitation, and oppression. Even today, we’re talking about Gaza, not about Israel nor Palestine.

As a structural, long-standing problem of occupation, dispossession, racism, and violence, the Israeli-Palestine conflict doesn’t ‘fit’ into the staccato tendency of crisis-to-crisis, which, to a large extent, characterises ‘mainstream’ international legal scholarship and thinking. The website of the International Coalition on Responsibility to Protect notes how Richard Falk has contrasted the calls for R2P in Libya with their absence towards ‘Operation Cast Lead’ against Gaza. The Coalition’s conclusion about that particular Israeli attack on Gaza is that ‘questions remained as to whether invoking RtoP would have brought the desired changes to protect civilians in this deeply politicised situation’. What’s meant here by politicised, I guess, is that ‘we, as a coalition don’t think we should attempt to apply a tool designed to harass bad guys, to our democratic allies’. Is this because Palestinians aren’t deserving of solidarity, or because R2P advocates are in thrall to western foreign policy, or don’t understand that the situation in Darfur and elsewhere is also ‘deeply politicised’?

I am casting very broad strokes here, despite being conscious that there’s some solid, useful, critical work done by proponents of R2P. It might yet be that the whole R2P saga, through its failure, can be used as a learning exercise of sorts and will lead to better thinking and action. But that’s not of much comfort to those being made suffer today, nor those of us to suffer in the future.

Dr Michael Kearney is a Lecturer in Law at the University of Sussex and has written extensively on Palestine and the International Criminal Court.

This is the third post in the Middle East Center Blog, LSE, symposium on Palestine, Israel and the Responsibility to Protect.

Other contributions to this symposium, include: