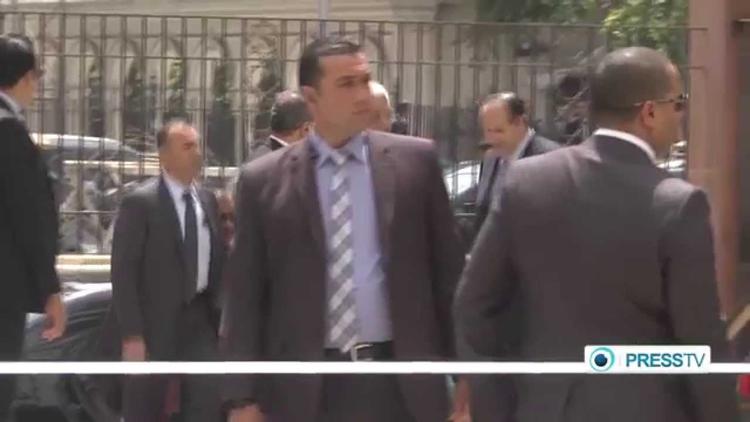 The Israeli security establishment was almost certainly encouraged to launch its military assault on little Gaza by the current divisions over political Islam in the Middle East.

Hamas is an offshoot of the Egyptian Muslim Brotherhood, though they are quite separate in policies and leadership. The overthrow of the Muslim Brotherhood government in Egypt last summer has positioned the Egyptian government as almost as big an enemy of Hamas as Israel itself. The Egyptian military blames Hamas for radicalizing the Bedouin of the Sinai Peninsula and creating a security problem for Egypt itself (in fact, the depriving of people in Sinai of government services is at the root of much of the resentment).

Indeed, some groups in the Sinai have proffered their allegiance to the so-called Islamic State now based in Mosul, Iraq.

President Abdel Fattah al-Sisi of Egypt offered a ceasefire but it was unacceptable to Hamas because it did not call for an end of the illegal and creepy Israeli economic blockade of Gaza civilians.

Still, al-Sisi’s hostility to movements of political Islam makes him an unlikely mediator for Hamas.

So you have a bloc of nationalist states– Egypt, Jordan, and Syria — facing off against movements of political Islam, and Hamas has to be counted among the latter. (Iraq, ruled by parties of Shiite political Islam, is trying to join the nationalists in the region in alliance against the “Islamic State”). It is therefore difficult for these states to intervene on behalf of Hamas, since they want the organization, and the whole tendency to political Islam, to drop dead.

Prime Minister Tayyip Erdogan of Turkey got into a shouting match with al-Sisi, accusing him of leaving the Palestinians of Gaza to their fates and dismissing al-Sisi as a “tyrant.” Egypt replied that Turkey was breaking the normal protocol among nations (in slamming the president so personally). Turkey’s ruling AK Party is mildly oriented to political Islam.

Then a prominent newscaster in Egypt attacked Morocco, the prime minister of which is a devotee of political Islam. Egypt had to apologize.

Even the so-called “Islamic State” turns out to be useless to Hamas.

Its leadership says that it has to tackle the “hypocrites” among the Muslims before turning to “the Jews.” This is a reference to early Islam. When the Prophet Muhammad emigrated from Mecca to Medina, most people in the latter city came to embrace Islam, even if only pro forma. City notables who outwardly had become Muslims but inwardly resented and tried to undermine the Prophet, were termed “hypocrites” or “those in whose hearts there is a sickness”. The so-called Islamic State views all other Muslims this way.

So the struggle between nationalism and political Islam has neutralized most of the Middle East if it hasn’t made them de facto allies of Israel.