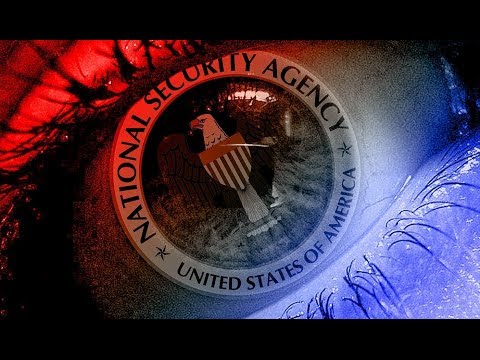 By Eva Galperin and Nadia Kayyali via EFF

Imagine that you watched a police officer in your neighborhood stop ten completely ordinary people every day just to take a look inside their vehicle or backpack. Now imagine that nine of those people are never even accused of a crime. They just happened to be in the wrong place at the wrong time. Even the most law-abiding person would eventually protest this treatment. In fact—they have.1

Now replace police officers with the NSA. The scenario above is what the NSA is doing with our communications, under cover of its twisted interpretation of Section 702 of the FISA Amendments Act. The Washington Post has revealed that “Nine of 10 account holders found in a large cache of intercepted conversations, which former NSA contractor Edward Snowden provided in full to The Post, were not the intended surveillance targets.” Additionally, “[n]early half of the surveillance files, a strikingly high proportion, contained names, e-mail addresses or other details that the NSA marked as belonging to U.S. citizens or residents.”

The thousands of pages of documents that provide that basis for the article are not raw content. Rather, as Barton Gellman, one of the authors of the article states in a follow up published several days later states: “Everything in the sample we analyzed had been evaluated by NSA analysts in Hawaii, pulled from the agency’s central repositories and minimized by hand after automated efforts to screen out U.S. identities.”

What that means is that if you’re on the Internet, you’re in the NSA’s neighborhood—whether you are in the U.S. or not. And like those who protest unjust policies like stop and frisk in their cities, you should be protesting this treatment.

This revelation is significant because it proves the point privacy and civil liberties advocates have been making for years: NSA surveillance is not narrowly targeted. EFF’s legal fight against the NSA’s warrantless mass surveillance program has been ongoing since 2006, but the Washington Post’s statistics about 160,000 intercepts they have analyzed from the Snowden files indicate that even what the NSA calls “targeted” surveillance is far from narrow in scope. In fact, it is so bloated that we should all be questioning its necessity and efficacy at this point. Taken hand in hand with The Intercept’s article outlining the targeting of five civil rights and political leaders from the Muslim-American community, our outrage should be palpable.

What’s more, the report comes on the heels of a debate specifically about Section 702 that has been brewing in Congress for months, as civil liberties champions like Sen. Ron Wyden and Rep. Zoe Lofgren question and work to address how the NSA uses this authority. This revelation should make it clear to the Senate when it considers the USA FREEDOM Act: Section 702 needs to be reformed. Cosmetic changes to NSA spying, or even substantive changes to Section 215 bulk telephone records collection, are insufficient. Unbridled, unconstitutional collection of the contents of communications needs to end.

The Washington Post article is based on a comprehensive review of thousands of pages of documents. In fact, as the article points out: “No government oversight body, including the Justice Department, the Foreign Intelligence Surveillance Court, intelligence committees in Congress or the president’s Privacy and Civil Liberties Oversight Board, has delved into a comparably large sample of what the NSA actually collects.” What’s more, these are documents that government officials have repeatedly insisted Edward Snowden would never have been able to access.

Regardless of the government’s denials, Snowden did have these documents, and now we know at least some of what they contained. So does Congress. So there’s no excuse anymore for the type of maneuvering that led to the gutting of USA FREEDOM in the House. More importantly, there’s no excuse for the Senate to ignore Section 702 when it considers USA FREEDOM.

Real NSA reform from Congress will, among other things, shut the backdoor that allows the NSA to access American’s communications. It will also end collection of communications “about” a target.

Of course, none of this solves the problem of how NSA surveillance affects non-U.S. persons. One of the shocking things about the Washington Post’s article is its description of the communications intercepted:

Scores of pictures show infants and toddlers in bathtubs, on swings, sprawled on their backs and kissed by their mothers. In some photos, men show off their physiques. In others, women model lingerie, leaning suggestively into a webcam or striking risque poses in shorts and bikini tops.

We are no longer talking about statistics. We are talking about real people going about their daily lives. It is not surprising to learn that in the course of its investigations, the NSA gathers up a considerable number of communications that prove to be insignificant, irrelevant, or (as is the case with communications between US persons) outside the scope of their work. What is shocking is that the NSA keeps this enormous trove of personal data about people it should not be watching in the first place. It appears that the unspoken coda to General Alexander’s “collect it all” motto is “and never throw it away.”

The bottom line is this: The Internet is a global neighborhood. We shouldn’t feel unsafe there. But the NSA doesn’t seem to care.

The good news is, we can do something. Take action now. Go to https://www.standagainstspying.org and see how your elected representative stacks up when it comes to reforming the NSA, tweet at them, and send a letter to President Obama urging him to use his executive authority to reform the NSA now. You can also take action by contacting lawmakers here. If you are overseas, you can sign the letter to President Obama. You can also endorse the Necessary and Proportionate principles. Take back the Internet.

Note: This article is part one of two in a series. The next article will focus on the surveillance of Muslim-American leaders reported by The Intercept on July 9, 2014.

The Young Turks: “It’s Confirmed, NSA Has Your X-Rated Information”