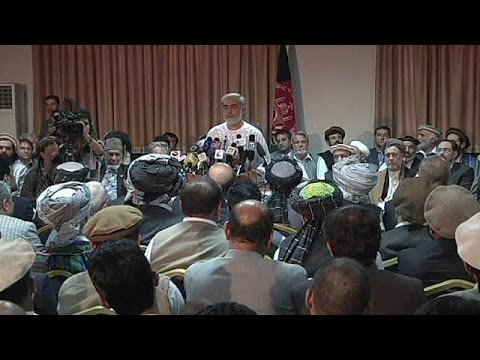 President Barack Obama of Hawaii had fondly dreamed of bidding turbulent and unrewarding West Asia farewell and turning the attentions of American diplomacy to East and South East Asia. From his point of view, the Bush administration had unwisely entangled the US too deeply in the Middle East, where no good deed goes unpunished. He had opposed the Iraq War, and thought the latter diverted attention from Afghanistan and the hunt for Bin Laden. He was willing to do a bit of Israel-Palestine diplomacy but not to really put his presidential prestige on the line the way Jimmy Carter had. And after all, Carter got almost no credit for averting decades more of Israel-Egypt wars.

The Bush administration’s activities in West Asia undermined stability there so badly, however, that the region has gone on haunting Obama and threatening to draw him into quagmires.

In January 2006, the Palestine Authority held elections in Gaza and the West Bank for the first time since 1996 when a parliament dominated by the Palestine Liberation Organization was elected. Israeli Prime Minister Ariel Sharon did not want Hamas (the Movement for Change) to be allowed to run, since the far-right Muslim fundamentalist organization had never accepted the Oslo Peace Process. Although back in the 1980s the Israelis had backed Hamas against its secular, nationalist rival, the PLO, by 2006 the two had fallen out.

The Bush administration was pushing its “Democracy Promotion” policy in “the Greater Middle East,” at the time, however, and insisted that Hamas must be allowed to run. Washington did not in any case think it could win.

But Hamas took more seats than the PLO in the Palestine National Council and formed a government, with Ismail Haniya as prime minister.

This outcome was unacceptable to the Israelis, who colluded with the PLO to stage a coup in the West Bank, which was turned over to Mahmoud Abbas (whose term ultimately came to an end but who remained president in the absence of new presidential elections).

The attempted coup in the Gaza Strip, however, failed. Hamas remained in control of its desperately poor million and a half population, having come to power through the ballot box. The Israeli government was disturbed, and in 2007 it placed the Gaza Strip under a severe blockade, intended to keep Palestinians there on the edge of hunger. The Palestinians were prevented from exporting most of what they produced, plunging them into severe unemployment. Israel hoped that the blockade would make Hamas unpopular and that the Gaza population would unseat it. They didn’t. Elements of the Israeli blockade on a non-combatant civilian population that is 50% children continue to this day. This is a violation of the 1949 Geneva Convention on the treatment of occupied populations by the military occupier.

I thought at the time that Hamas should not have been allowed to run because they are a paramilitary that has not committed to the rules of democracy. The Bush insistence that they be allowed to contest seats, followed by a fickle Bush complicity in the West Bank coup against them, created the current impasse. Hamas has stocked up on rockets with which to menace Israel psychologically (though don’t manage to hit much with the rockets). Israel wants to finish the job of the failed 2007 coup against Hamas, or short of that, to inflict attrition on their military capabilities.

Prime Minister Binyamin Netanyahu’s current military campaign in Gaza seeks to destroy or much reduce Hamas’s rockets stockpile. Netanyahu may hope that Egyptian President Abdel Fattah al-Sisi, who hates political Islam, will effectively prevent Hamas from rearming once its stockpiles of the more sophisticated missiles have been reduced or eliminated. Hamas was fickle, abandoning its patrons, Iran and Syria, for Egypt’s Muslim Brotherhood When the latter was overthrown last year this time, Hamas was left high and dry and vulnerable. Many Gaza youth are against it and formed a Rebellion movement on the Egyptian model. But It is Israel’s horrid treatment of the Palestinians of Gaza, sort of like Maynard keeps the Gimp in Pulp Fiction, that produces radical movements like Hamas or Islamic Jihad, and even if Netanyahu could polish them off, other similar ones would take their place. The problem is structural. You can’t kick people out of their homes and put them in a large open air concentration camp and expect to have peace with them.

In Afghanistan, the Bush administration should have used the Northern Alliance to overthrow the Taliban and then just left. Anand Gopal has argued convincingly that US troops left in Afghanistan got drawn into tribal feuds and destabilized the south and east of the country, whereas in the north, NATO forces that were less kinetic managed to keep calm. Bush’d decision to leave tens of thousands of US soldiers in Pushtun areas, engaging in the same sort of search and destroy tactics as had turned the South Vietnamese against the US military in the late 1960s, led to a neo-Taliban resurgence.

Bush’s “Democracy Promotion” in Afghanistan led to corrupt politics and ballot fraud that went on and got worse after Bush left office. Now, the presidential elections have produced a nail-biting finale in which it seems Ashraf Ghani Ahmadzai has nudged out Abdullah Abdullah, with 56% of the vote; but that strangely doubles his tally in the April first round, raising Abdullah Abdullah’s suspicions of fraud.

This is a disaster because very close elections often seem to people illegitimate. Abdullah Abdullah, whose constituency is the Dari Persian-speaking Tajiks and Shiite Hazaras, is refusing to concede the election to Ahmadzai, for whom many Pushtuns voted. As I write, Afghanistan could be on the brink of violence of an ethnic sort over the contested election results. All this doesn’t even take into account the Taliban resurgence. US troop strength is scheduled to go down to 10,000 by the end of this year and to almost nothing by Jan. 1, 2017. But as with Iraq, substantial instability could bring the US right back in.

Having illegally invaded and occupied Iraq, the Bush administration originally wanted phony ‘caucus-based’ elections in Iraq, wherein hand-picked elite Iraqis would elect corrupt financier and inveterate prevaricator Ahmad Chalabi as prime minister. Some say Chalabi was a double agent, working for Iran. Grand Ayatollah Ali Sistani, the spiritual head of Iraq’s majority Shiite population, over-ruled Bush and insisted on one-person one vote parliamentary elections. Being the majority, the Shiites won in January 2005, but not just any Shiites. It was the pro-Iran fundamentalist Shiites that Bush inadvertently brought to power. Ooops. They went on deeply to alienate the formerly dominant Sunni minority, leading to the present Sunni rebellion in northern and western Iraq, in alliance with an al-Qaeda offshoot None of this would be happening if Bush hadn’t invaded on false pretenses.

In all three cases, an oddly uninformed and narrow vision of democratic transition guaranteed that “democracy promotion” would fail. No attention was given to training a new judiciary in the rule of law. The US presence itself was destabilizing in Iraq and Afhanistan, both because of the corruption it fostered and because of way US military personnel took sides in tribal feuds that had almost nothing to do with terrorism. That process in turn inflamed ethnic divisions.

All this has broken on Obama’s head in the past 30 days. Unfortunately for him, he can’t just go off and initial contracts in Shanghai. He has to try to make coherent policy in service of calming things down. But in the medium term, Iraq’s political elite needs to stop fiddling while Rome burns. It also needs a new and better constitution that doesn’t consistently produce hung parliaments. Afghanistan needs a Pushtun reconciliation process between former Taliban and the Northern Alliance.

As for Israeli actions in Gaza & the West Bank, the US could end them quickly and surely by simply ceasing to wield the UNSC veto in Israel’s regard.