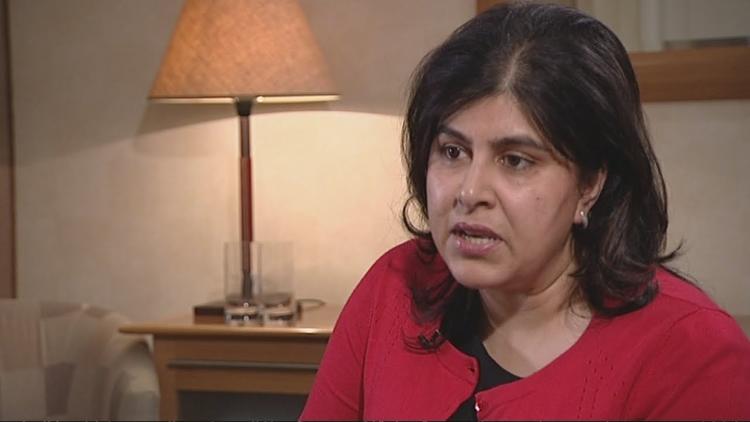 “Sayeeda Warsi, the minister who quit over Gaza, says she had to stand down because of the UK’s “indefensible” position. Watch her first TV interview since her exit”

She said that a conservative member of parliament was on the phone with her “weeping” at the images coming out of Gaza.

(Why are their conservatives so much better than ours?)

Huffington Post notes that Warsi as cabinet minister has relations with the International Criminal Court as part of her portfolio, and she wants to see both Israeli and Hamas figures guilty of war crimes prosecuted. She said she did not see the UK government pursuing this matter, one of the reasons she felt she had to resign according to HuffPo:

“As the minister for the International Criminal Court, I’ve spent the last two and a half years helping to promote, support and fund the ICC. I felt I could not reconcile this with our continued pressure on the Palestinian leadership not to turn to the ICC to seek justice.”

Why I quit over Gaza: exclusive interview with Sayeeda Warsi