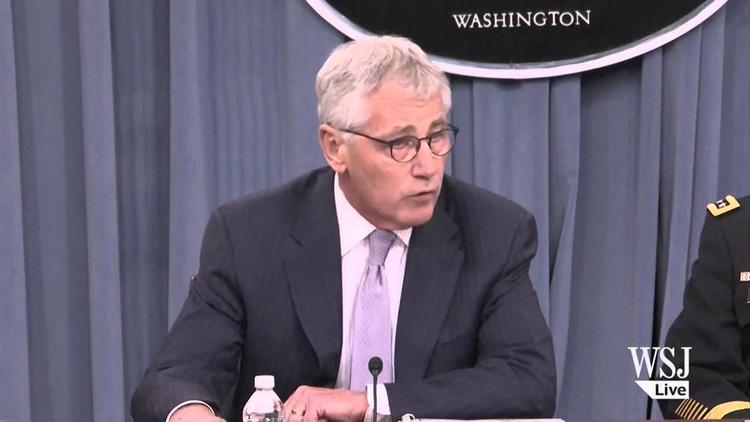 Former British ambassador to the United States Sir Christoher Meyer is advocating that the US and Western Europe stop advocating the overthrow of the Baath regime of Syrian dictator Bashar al-Assad and instead coordinate with it to move against the so-called “Islamic State,” which controls some predominantly Sunni Muslim desert towns on both the Syrian and Iraqi sides of the border.

The Obama administration is also talking about hitting IS in Syria. Gen. Martin Dempsey, chairman of the Joint Chiefs of Staff, says that the IS cannot be defeated without taking it on in Syria. For US fighter jets to fly over Syrian air space and avoid being shot down by Russian-supplied anti-aircraft batteries of the Baath government, the US would have to in some way coordinate with Damascus in this aerial bombing campaign. Typically this arrangement is made by sharing “Identify Friend or Foe” signal codes that the jets send out so that they can be seen as friendlies. Since the stated US position is that al-Assad should resign or be overthrown ASAP, such an arrangement would be, as Meyer says, “the mother of all U-turns.”

Meyer, however, is advocating not just a tacit recognition of strategic and tactical common interests with the Syrian Baath but an actual military alliance, which is unlikely.

British Foreign Minister Philip Hammond pushed back against Meyer’s amoral Realism. Hammond challenged the notion that you needed to coordinate with Damascus to do bombing runs on eastern Syria on IS positions. The foreign minister, however, is wrong about that. There would be a danger of setting off Baath Army anti-aircraft batteries unless there was at least minimal behind the scenes coordination.

For one thing, the Baath regime strategy has been to avoid fighting IS, which is the most gruesome and least sympathetic of its guerrilla enemies, and to allow IS gradually to defeat the moderate Free Syrian Army and the al-Qaeda affiliate, the Succor Front (Jabhat al-Nusra). Damascus seems to think that, faced with the Hobson’s choice between letting the Baath alone to win the coming Armageddon between Baath and IS forces, and risking Caliph Ibrahim marching into Damascus, only 60 miles from the Israeli border, the West will blink and acquiesce in Assad rule. Meyer is only one of many Western strategists who have been persuaded by this strategy. He advocates this alliance despite our knowledge of Baath atrocities (pictures have come out of mass torture to death, a bizarre factory of pain and murder on an industrial scale, by the Baath of its prisoners from among the guerrilla groups). Then there was the indiscriminate shelling of parts of Homs, which left them in rubble, a disregard of the lives of the people who lived there along with a dogged determination to wipe out the rebels (which the regime did).

Obama staffers are leaking the alleged necessity of cross-border bombing as a trial balloon. For my generation, it all sounds drearily familiar. Richard Milhaus Nixon and Henry Kissinger felt they needed to bomb Cambodia to stop North Vietnamese infiltration of troops into South Vietnam. They did so secretly and without Congressional or public authorization (you never want your country secretly going to war against another). They destabilized Cambodia and paved the way to the Pol Pot genocide that polished off a million of Cambodia’s five million people, a far higher percentage of the general population than the Nazis genocided in Europe in the 1940s.

The Obama people are at least speaking publicly about bombing Syria, though not of getting Congressional authorization. I suppose they think the dreaded AUMF (Authorization of Military Force) of 2001 still applies to an al-Qaeda offshoot like IS. Nor it there an analogy from the Khmer Rouge to the Baath, though the Baath has also piled up mountains of skulls bleached white in the sun. (The UN puts the deaths in the Syrian civil war at 191,000, but many of those are indirect, e.g. people thirsting to death on being forced to flee their homes because of fighting between government and guerrillas, and it is at least alleged that slightly more direct deaths have been perpetrated by IS and its de facto allies than by the Baath Army. The calculus of mass murder is a dreary and unedifying business.

For someone who doesn’t think morality is irrelevant to foreign policy, this debate is extremely distressing, since it reveals a dark world in which one’s only recourse against war criminals is a tacit alliance with other war criminals. Though, Realists would point out that such conundrums are common in history. FDR and Churchill openly allied against Hitler with the Soviet Union’s Josef Stalin, the paranoid head of a police state who had enormous amounts of blood on his hands. Ironically, the medium to far Left in the US and Western Europe agrees with the Neoconservative Meyer about a preference for al-Assad.

In the end, the idea that aerial bombing of IS in Syria is necessary should be interrogated. Giving close air support to the Kurdish peshmerga paramilitary to take the Mosul dam could practically work, as it worked in Afghanistan with the Northern Alliance and in northern Iraq in 2003 (when the US helped the Peshmerga take Mosul from the Iraqi Baath). But just bombing IS vehicles on the Syrian side, without there being any force to take and hold territory on the ground, has merely logistical implications (presumably Washington doesn’t want them moving around gasoline and kerosene for their vehicles– they smuggle Syrian oil). That could, however, be done on the Iraqi side of the border.

Whatever the Cameron government says in London, or the NSC staffers say in Washington, however, the proposed Obama “Cambodia strategy” in Syria does ally the West with Damascus and makes it even more likely that the Baath regime’s momentum of the past 18 months will continue on to a dreary Algeria-like fragile victory over the rebels. In turn, the Obama administration’s de facto policy (as opposed to what they say), may be beginning to align with that of the Czech Republic (which has all along supported al-Assad), Russia and Iran.