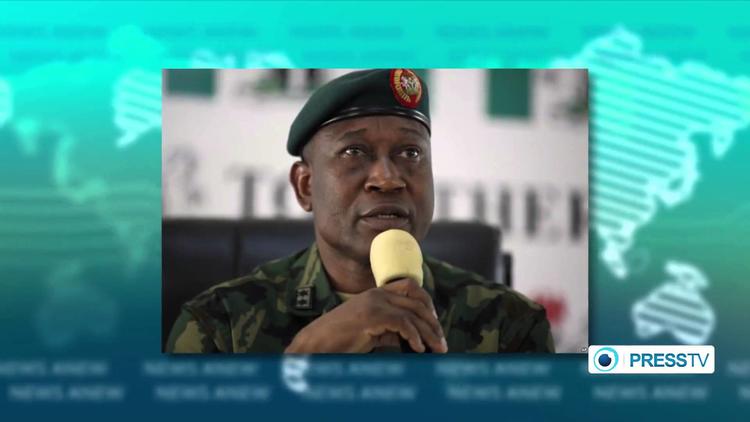 On Friday, July 25, in the city of Zaria, a procession of the Islamic Movement in Nigeria came into conflict with Nigerian army troops. The procession had gathered for the occasion of Quds Day, the last Friday in Ramadan, to protest against the Israeli invasion of Gaza. Some 35 people were killed. Three of the dead were sons of the movement’s leader, Ibrahim al-Zakzaky. The incident has received little coverage in the global media and it is still shrouded in mystery in Nigeria.

To understand the incident one needs to look at the movement’s origins and development, and at Nigeria’s complex connections with the Middle East.

The origins of the movement go back to a period of civilian rule in the late 1970s and early 1980s. Its’ founder, Ibrahim al-Zakzaky, was a leader of the student movement at Ahmadu Bello University, the first modern university founded in the predominantly Muslim region of northern Nigeria. Many students at ABU were looking for a modern vision of Islam that promoted economic and technological progress and rejected Western domination. They were inspired by the triumph of the Islamic revolution in Iran. Zakzaky himself became a Shi’ite, and the movement has ties to Iran, but it is not formally a Shi’ite organization. He was a critic of military rule in Nigeria. As a result, he was imprisoned by the military authorities for nine years in the 1980s and 1990s.

The Islamic Movement in Nigeria is not the country’s only connection to Shi’ism. Lebanese, some of them Shi’ite, have been coming to Nigeria, and to other countries in West Africa, since the late 19th century to pursue commercial ventures. They are an important source of foreign investment in Nigeria outside of the oil sector, the only more important one being China. The Shi’ite segment of this community grew after Israel’s invasion of Lebanon in 2006 as Shi’ites sought security by joining relatives in Nigeria. Zakzaky’s ties to Lebanese Shi’ites can be seen in the fact that he sent one of his sons, Mahmud, to study at al-Mustafa International University in Beirut, an institution with strong Iranian ties. His other dead sons, Ahmad and Hamid had returned to Nigeria for Ramadan from their technology studies in China. This reflects how Zakzaky’s vision included not only Shi’ism but also technological advancement, and support of a Third World vision opposed to Western domination.

Some Nigerians, particularly the Igbo, a mainly Christian ethnic group in southeastern Nigeria, feel a strong connection to Israel. Stories have been circulating about the Igbo being descended from the lost tribe of Israel at least since the time of Olaudah Equiano, an Igbo who was taken to America as a slave, then set free by his owner, a British naval officer, in 1765. He gained a good education, and became a prominent advocate for the abolition of slavery. Some Igbos practice Judaism.

Goodluck Jonathan, Nigeria’s president since 2010, who comes from a small ethnic group in the Niger Delta region, has warm feelings toward Israel. In October 2013, he led a group of prominent Nigerian political figures on a pilgrimage to Israel, and had meetings with Israel’s political leaders. The Israeli government has put important efforts into developing its ties with sub-Saharan African countries, working to promote economic development and to improve security. One of Israel’s concerns has been to prevent the shipment of arms by Iran to African countries.

Two incidents relate to this concern. In 2010, Nigerian authorities seized a cache of arms on an Iranian ship passing through Lagos. Then in May 2013, in the city of Kano, the commercial hub of northern Nigeria, police found arms buried under a house belonging to a Lebanese Shi’ite. Israeli sources claimed that the arms were to be used in attacks on Israeli targets in Nigeria.

Nigerian police arrested three Lebanese Shi’ites who, they claimed were members of Hizbullah. But at the trial, the police were unable to produce convincing evidence that these men were involved in a terrorist plot, nor could they provide a clear story of who was involved in bringing in the arms—which were rusty–and when they did so. The defense lawyer argued that sympathizing with Hizbullah was not a crime. It was also pointed out that the men had been harshly interrogated by agents of Mossad, the Israeli intelligence agency. Two of them were acquitted, but one was found guilty.

The incident on Quds day in Zaria was preceded only two days earlier by bomb attacks in the nearby city of Kaduna targeting a likely rival of Goodluck Jonathan in 2015 elections, retired general Muhammadu Buhari, and a leader of the Tijaniyya Sufi order, Dahiru Bauchi, who had led an unsuccessful effort to negotiate a truce between the government and Boko Haram in 2012.. Both of them survived but 82 other people were killed. Suspicion naturally fell on Boko Haram, but there were rumors that government officials were manipulating Boko Haram in pursuit of their own goals.

Ibrahim al-Zakzaky was an advocate of such conspiracy theories, and this would help explain the anger that military authorities felt toward him. They probably suspected that he supported Hizbullah’s alleged schemes in Nigeria. But Zakzaky was also strongly opposed to the arbitrary violence pursued by extremist movements such as Boko Haram, or by authoritarian governments. He supported dialogue with groups such as the Christian Association of Nigeria.

But in the atmosphere of high tension created by the crisis in Gaza, Zakzaky’s Islamic Movement is easily seen as a group posing a violent threat to Israeli and western interests. Hopefully, a Nigerian courtroom can become the scene of an open discussion of what happened in Zaria, how to punish those responsible, and how to prevent the incident from further undermining Nigeria’s stability.

Allan Christelow is Professor at Idaho State University, Pocatello, Idaho and author most recently of http://www.amazon.com/Algerians-without-Borders-Frontier-Society/dp/0813037557/ref=sr_1_1?s=books&ie=UTF8&qid=1400825388&sr=1-1&keywords=Allan+ChristelowAlgerians without Borders: The Making of a Global Frontier Society (Florida State University, 2012).