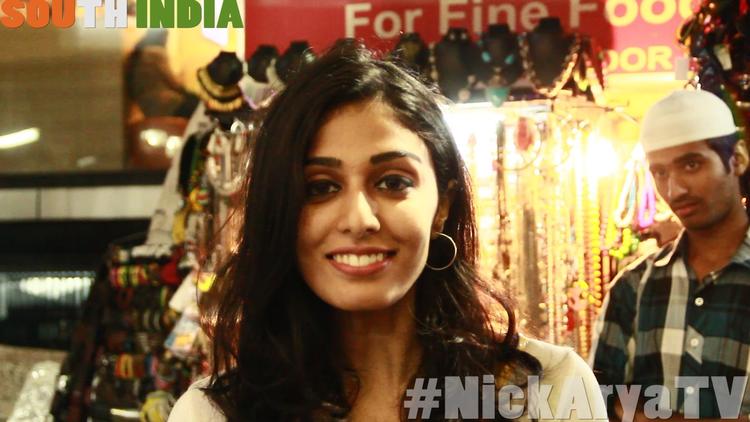 It’s Not About The Numbers
There is a broader—and deeper—meaning to democracy. Part of that ideal is the idea that every tessera in the mosaic can sparkle.

Democracy, it is commonly said, is the rule of the majority. Majoritarianism intensifies this belief with the proposition that those constituting the majority should make the rules for all members of a society.

The argument, however, is deceptive. It rests on the false assumption that obvious, permanent majorities exist from the start, and are fixed forever, in every group, community, nation. The assumption is especially invalid for complex, plural and dynamic societies like India: though that observation extends to most countries of the world—the US, China, South Africa, Brazil, Syria, Iraq and Israel, Malaysia and Singapore and more. Most importantly, the majoritarian argument rests on an utterly reduced, not to say empty, notion of the meaning of democracy.

The ‘Big Many’, the ‘Small Manies’

Majorities and minorities, like nation-states, are means of organising societies, and channeling and distributing cultural, economic and political power. Associated with electoral politics, the terms minority and majority are also used in conjunction with religion or eth­ni­­city or culture—with troublesome results. Used thus, they produce the claim that members of some cultures truly belong to particular politically defined places, while others—recent migrants, ancient inhabitants, people of a different religion—do not. They also freeze population groups into narrow boxes and undifferentiated histories.

Consider one such group: the so-called ‘white’ majority in America. For generations, Jews, Catholics, Irish and Italians were not readily admitted to the category. Today, Jews of European descent are among the richest, and intellectually and politically the most influential pressure groups in the country. For Hispanic immigrants, judgement has swung the other way. In the 1950s, the African-American poet Langston Hughes was refused service at a ‘whites only’ counter in St Louis when he declared himself ‘colored’. Currently, right-wing political forces in America are crying themselves hoarse that whites will become a minority by 2045 if the flood of immigrants from across the southern border is not contained. However, whites would be 72 per cent of the projected population if Mexicans and other Hispanic migrants were still counted as white: that is, seven per cent greater than today. (In the 1970 US census, interestingly, East Indians—people from the Indian subcontinent—were also counted as white.)

Hindu majoritarianism in India functions in a similar way. The numbers add up only if the lowest, marginalised castes, Dalits and adivasis among them, are classified as Hindu. Clearly, they have not always been so regarded; and they are not comfortably classified as Hindus even today. Lala Lajpat Rai noted that, with the move to draw up separate tables for the marginalised untouchables and tribal groups in the 1911 census, orthodox Hindus suddenly discovered how “their orthodoxy stood the chance of losing the allegiance of six crores of human beings who, the government and its advisers were told, were not Hindus, in so far as other Hindus would not acknowledge them as such, and would not even touch them….” Other analysts came up with other ingenious solutions to the newly discovered ‘problem’ of the untouchables: Maulana Mohamed Ali proposed that these lowly castes should be divided among Hindus and Muslims, with 50 per cent of their numbers going to each!

The question of majorities and minorities becomes even more fraught when we take other divisions into account. Women are recognised as a ‘minority’, requiring special safeguards and reservations, in India as in many other countries—although they are frequently a numerical majority. With all the difficulties involved in forging a community of women for concerted political action and endeavour—or of working people, who remain the majority of the population in most societies—it is obvious, even at a local, village, town or panchayat level, what the consequences of forging such a majority can be.

The point about the emergence and changeability of majorities and minorities applies of course to communities and nations too. More so in a country like India, which prides itself on being the junction of so many social and cultural cross-currents. The great Urdu poet, Firaq Gorakhpuri, made the point eloquently: “Sar zameen-i-Hind par aquaam-i-alam ke Firaq qafile baste gaye, Hindostan banta gaya (On the sacred land of Hind, caravans of nations from all over the world came and settled—and Hindustan continued to find its form).”

In the 19th and early 20th century, Indian nationalist formulation, the nation and its greatness flowed from the coexistence and common struggles of all these different streams: Hindu-Muslim-Sikh-Isai, aapas mein hain bhai-bhai. Pandit Madan Mohan Malaviya, who is repeatedly invoked by Narendra Modi and other BJP leaders, declared in 1905: “Just as Hindustan is the beloved birthplace of the Hindus, so it is of the Muslims too…. To establish real affection and brotherly love among these two communities and all the communities of India—Hindu, Muslim, Christian, Parsi—is the greatest duty before us all.” And Lajpat Rai, again, in 1920: “The Indian nation, such as it is or such as we intend to build [it], neither is nor will be exclusively Hindu, Muslim, Sikh or Christian. It will be each and all.” And Modi, in January 2014, responding to a question about the need for reassurance to religious minorities: Hinduism alone speaks of one truth and many paths, and (as “the official book” of Israel supposedly notes), India is the only land in which Jews were never persecuted throughout their 2,500-year history.

That said, let me reiterate that none of these communities and nations, majorities and minorities, is eternally present: they are constituted—and reconstituted—in changing historical and political circumstances. In India, Dalits, OBCs, MBCs, Buddhists and others are manifestly new communities, advancing claims to minority status and to protection and support from the state. Constituencies called Hindu, Muslim, Sikh and Christian are also new in their present form. Consider only the small group of the Bombay Presidency’s Muslims who were classified as “Hindu-Muhammadans” in the 1911 census. The very classification might appear laughable today. But it is a statement of worldviews, conditions and possibilities that still existed at the time.

One more word—on democracy. Democracy isn’t, and cannot be, simply a matter of who gets the most votes in a five-yearly (or four- or seven-yearly) election, following which the victors—claiming majority support (possibly 51 per cent, sometimes 31 per cent or even less, of the votes actually cast)—may lord it over the minorities, and of course over most sections of the ‘majority’ too. A system of checks and balances is instituted precisely so that a temporary legislative majority doesn’t lead to unbridled and arbitrary executive power: hence the need for an independent judiciary, a free press, and protection not only of individual rights, but of collective rights—of assembly, association and protest. Democracy has increasingly moved from being the voice(s) of the people to that of political parties, and particularly influential pressure groups with fat wallets. Meticulous calculations of ethnic and caste distribution, great propaganda machines and big money determine the outcome of elections. Ruling groups always claim to be the majority, but they never are. They are characteristically a minority—against the poor, against women, and against the world’s Dalits.

In this context, majoritarianism is perhaps the exact opposite of democracy. For if democracy cannot be a daily plebiscite—an ideal that would make the pursuit of large and complex social, economic and political projects exceedingly difficult, if not impossible—it nevertheless needs to be a continuous struggle to prevent the monopolisation of political, economic or social power by those who find themselves temporarily in charge of the state.

(Gyanendra Pandey writer is a historian and founder-member of the Subaltern Studies Project, and author, most recently, of A History of Prejudice: Race, Caste and Difference in India and the USA.)

Mirrored with the author’s permission from Outlook India