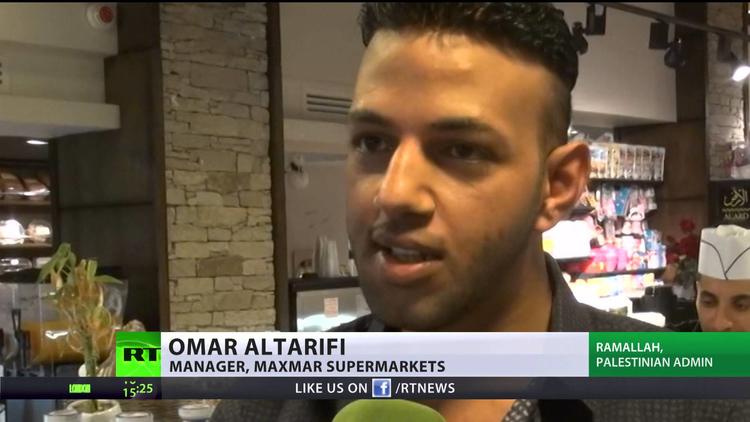 On the night of the July 27, the first day of the Muslim Eid-Al-Fitr festival following the fasting month of Ramadan, the Israeli air force dropped three bombs on Al-Hurani’s carpentry workshop. Each of the three bombs had an explosive force of 250 pounds.

Al-Hurani pointed towards the charred left overs of the tables, armchairs and beds, “all designed according to the desires of each individual customer, processed with the best woods and decorated with passion, as our customers expect from us,” he told Ma’an.

The carpentry of the Al-Hurani family is well-known across the northern Gaza Strip city of Jabaliya, and is respected throughout the Gaza Strip for its precise designs. In addition to family members, Al-Hurani employed 25 workers in his workshop before the Israeli assault.

“Due to the total destruction of our plant everyone had to be dismissed immediately and I do not know how to feed my family anymore. We don’t know how to move on from here,” he said.

The family possesses no savings for the construction of a new workshop and they believe there is no hope for obtaining any kind of compensation for the estimated $450,000 in damages they have suffered.

Abu Eida, one of the largest construction companies in the Gaza Strip, is headquartered in the industrial area east of Jabaliya that the air force also dropped several 250 pound bombs on Aug. 2.

Abed Rabou Abu Eida, CEO of the construction company, told Ma’an he was not aware of the exact number of bombs being dropped.

An on-site inspection of the premises, however, revealed the extent of the destruction: Three large buildings, which had all been reinforced by concrete, the warehouse containing cement and bricks, as well as the construction machinery have all been flattened.

Abu Eida estimates the cost of the total damage to be around $7.5 million. As a result of the attack, he had to dismiss all of his 70 permanent workers because the company could no longer operate. Hundreds of part-time workers that deal with Abu-Eida on a sporadic basis are also out of work.

“In 2008 and 2012 the factory premises were already completely destroyed by the Israeli air force and our company has not received any kind of compensation, due to the law passed in 2007,” Abu Eida said, referring to an Israeli law that defined Gaza as enemy territory and thus its residents ineligible for compensation through civil suits.

“This time we have no more money to rebuild our company a third time.”

‘Where can we get new cows from?’

At the end of Abu Khayr street in the Jabaliya industrial area sits the Al-Fayoumi family farm. The farm once owned 150 cows and sold milk twice a day to dairy factories.

130 of the cows were killed in their stables during the Israeli bombing on Aug. 2, according to workers on the farm.

During a visit to the ruined courtyard on August 13, workers were still trying to collect and burn the remaining corpses. The terrible smell of the semi-decomposed carcasses of cattle lay side by side with charred hens when Ma’an visited.

A swarm of flies covered the corpses, trying to get its share.

“Where can the Al-Fayoumis get new cows from?” asked a worker who did not want to give his name. “The borders to Gaza are closed and the smuggling tunnels destroyed.”

Wael Al-Wadia, owner of the Saraio candy factory in the same area, showed Ma’an the remains of his completely ruined factory buildings, where ice cream, biscuits, and cakes were once made.

“I had 100 workers on permanent contracts. 100 workers who have fed 100 families and now have no income,” al-Wadia said. The factory produced five tons of sweets on a daily basis, he said. Now, everything is gone.

Al-Qadia estimated that it would cost him $7 million to purchase the same equipment again, which he had initially brought to Gaza from Italy.

“We have made the best biscuits in the Gaza Strip. Every market in Gaza sold our products. Our biscuits were as good as the Biscotti’s from Italy,” he told Ma’an.

But it was not only factories, hospitals, schools, farms, agricultural land, and the famous orange groves of Beit Hanoun that were bombed during the worst of the Israeli assault between July 6 and Aug. 3.

Gaza’s sole power station, its largest mosques, and the building of the popular TV station Al-Quds were also hit, while tens of thousands of private homes were destroyed or severely damaged.

Muhsen Abu Ramadan, Director of the Arab Center for Agricultural Economic Development in Gaza, told Ma’an that the damage to the besieged coastal enclave’s economy, however, predates the recent Israeli assault.

“The economic crisis began long before the aggression, and is a result of the eight years lasting blockade of Gaza,” he said.

Abu Ramadan estimates that even before the beginning of the Israeli attacks in July, 40 percent of the labor force was unemployed, 30 percent lived below the poverty line, 57 percent were at risk of malnutrition, and 70 percent received food parcels from the United Nations Relief and Works Agency for Palestine Refugees in the Near East or other organizations.

“These numbers have increased dramatically since the bombings,” said Abu Ramadan.

Abu Ramadan estimates the cost of destruction of agricultural land at around $200 million and the amount of the total costs to the economy at several billion dollars.

“Gaza would need five years to rebuild the destroyed infrastructure,” he said.

But given the current economic conditions caused by the occupation and the blockade of Gaza, he estimated that reconstruction will take at least ten years.

“We have the right to import building materials and this right must be given to us immediately, especially with the help of the international community. Otherwise, we will not be able to rebuild our destroyed houses and factories,” Abu Ramadan added.

Tens of thousands have joined the ranks of the unemployed since the imposition of the harsh Israeli blockade in 2007, and given the scale of the damage suffered during the massive Israeli assault, of those who were still employed in industry and agriculture in July it is unlikely that more than a few thousand are still working in either sector. A few thousand out of 1.8 million people.

“Israel is not only attacking civilians and their homes, but also systematically destroyed the economy of the Gaza Strip in order to make people dependent on emergency aid,” Abu Ramadan argued.

“Now that almost the entire economy is destroyed, people can no longer work, thus cutting their purchasing power dramatically. Now youth wants to emigrate at even younger ages than before. Due to the emigration of young skilled workers the economy is becoming even weaker.”

“Israel has managed to transform a functioning economy into a third world country through eight years of embargo and three assaults in five years. Without ending the embargo, it is impossible to break out of this vicious cycle ourselves,” Abu Ramadan added.