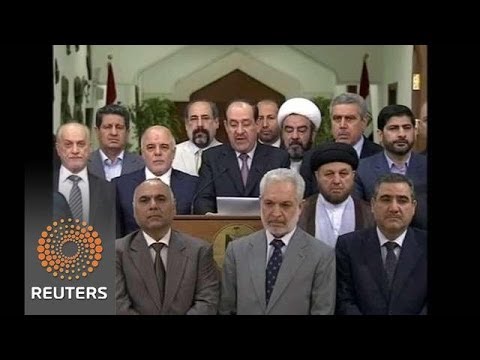 Now that Nouri al-Maliki has resigned as prime minister, it is worth looking at the way his two terms as prime minister (2006-2010, 2010-2014) shaped Iraq. Did his policies help create the country’s current impasse?

1. Al-Maliki was so partisan in 2006 when he first came to power that he denied that Shiite militias were a security problem. When Gen. David Petraeus came to him in late 2006 with a plan to disarm the Sunni and Shiite militias in Baghdad, al-Maliki insisted that he begin with the Sunni armed groups. The US acquiesced, but as a result, the Shiite militias came into disarmed Sunni neighborhoods at night when the Americans weren’t looking, and ethnically cleansed them. Baghdad went from some 45% Sunni in 2003 to only 25% Sunni by the end of 2007. Al-Maliki’s sectarianism led to the transformation of Baghdad into a largely Shiite city.

2. Gen. Petraeus and others cultivated Sunnis who were alarmed at the rise of al-Qaeda in Mesopotamia (the predecessor of today’s so-called “Islamic State”), and created “Awakening Councils” of armed Sunnis willing to fight the extremists. Al-Maliki opposed this program and had shouting matches with Petraeus over it, fearing that the armed Sunnis would become a problem for his Shiite government after the defeat of al-Qaeda. (In fact, if only al-Maliki could get the Awakening Councils back now, he’d be very lucky). As the American forces withdrew from a combat role in 2009, US generals asked al-Maliki to hire the some 100,000 Sunni Awakening Council fighters. They could have been integrated into the police in cities like Mosul or Fallujah. Al-Maliki took about 17,000 of them, but left the other 83,000 twisting in the wind, without any stipends or pensions. Because they had fought al-Qaeda, they were targeted by the terrorists for reprisals and some were killed. In some instances al-Maliki actually prosecuted some Awakening Council fighters for anti-government activities they had engaged in before they joined the Council. Figure each of the 83,000 had a circle of 20 close relatives and friends. That was 1.6 million Sunni Arabs (out of some 5 million at the time) that al-Maliki alienated.

3. Although al-Maliki’s campaign in Basra against the Mahdi Army in spring of 2008 was a victory for the new Iraqi army, it only succeeded because the Shiite, pro-Iranian Badr Corps joined in on the side of the army, and because of American close air support. Al-Maliki is alleged in the aftermath to have brought thousands of Badr Corps fighters into the army, beginning a process of sectarianizing it. Ultimately, al-Maliki’s army from all accounts ended up being largely Shiite, which is one reason they were so unwelcome in mostly Sunni Arab Mosul (a city of 2 million) and that the Mosulis allied with the “Islamic State” against al-Maliki.

4. Al-Maliki allegedly kept the military weak for fear that a powerful officer might try to make a coup against him.

5. Al-Maliki played favorites with the Shiites of the south, his power base, and neglected to provide the Sunni Arab cities with key services, including enough electricity.

6. In late 2011, Al-Maliki abruptly declared his Sunni vice president, Tareq al-Hashimi, a terrorist, without any due process. He alienated a lot of Sunnis with this action.

7. Al-Maliki’s budgets were bloated and did not pay enough attention to investment, creating jobs, supporting local industry, or diversifying the economy away from its almost complete dependence on oil.

8. In 2010 when Sunnis enthusiastically joined the political process and voted in droves for the Iraqiya Party, al-Maliki froze it out of power in favor of a Shiite coalition put together under Iranian pressure (Iran is a Shiite state). The Sunnis were angry that they had the largest party in parliament but came away with nothing to show for it.

9. When the Arab Spring broke out in early 2011 and had its echoes in Iraq, with youth demonstrations against al-Maliki’s authoritarian ways among both Sunnis and Shiites, al-Maliki briefly pledged not to seek a third term as prime minister. (Arab Spring youth were particularly incensed by the power and prerogatives of presidents for life and their privileged children, who were being groomed to take over after them). Al-Maliki quickly reneged on his pledge and only on Thursday did he finally resign, having driven Sunnis into the arms of the “Islamic State.”

10. In winter-spring 2013 when Arab Spring-type demonstrations were mounted by the Sunnis in places like Falluja and Hawija in the Sunni Arab west and north, al-Maliki declared them terrorists and sent in military troops and helicopter gunships to brutally suppress the protests. Sunni Arabs, having been informed that they would be a perpetual defeated minority in parliament were now given the idea that even peaceable assembly would be denied to them as a political tactic. Al-Maliki’s policies gave them no incentive to remain within the system. In the end they allied with the al-Qaeda offshoot, the so-called “Islamic State.” Al-Maliki didn’t so much lose the Sunni Arabs as drive them into the arms of IS with systematic policies of marginalization.

Al-Maliki’s successor needs to make the al-Da’wa Party a party of pan-Islam and try to attract Sunnis into it (this happened in the 1960s)– or better yet needs to found a Labor Party that could unite Iraqis across ethnicity and sect. This Shiite rule business can’t hope to put Iraq back together.