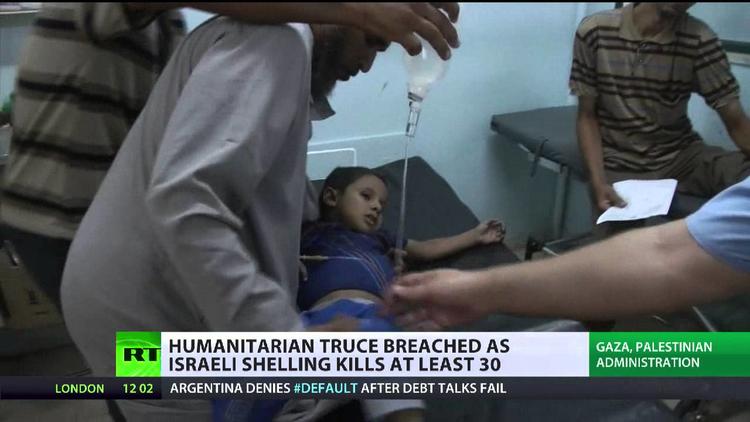 The Times of Israel published and then removed from its site an essay by Yochanan Gordon that openly called for genocide against the Palestinians of Gaza. A cached version is still on the internet as of this writing.

Gordon’s logic, if one wants to dignify it with that term, is that Hamas calls for the destruction of Israel, and therefore the only way to deal with them is to obliterate them entirely. He used the words “obliterate entirely.”

Nor is he alone. Israel nationalists have been arguing for war crimes at an alarming rate.

Hamas is a party-militia of the religious right. It does say it wants to see the Israeli government overthrown. Its leaders don’t, however, speak of committing genocide against Israelis. They say they want to recover their country, which was stolen from them by the Israelis in 1948. Colonial regimes always produce resistance movements.

The fact is that Hamas was supported by Israeli intelligence in the 1980s as a foil to the PLO, so Shin Bet and Mossad don’t seem to have been worried by the party charter.

Moreover, half the population of Gaza is children, who, how shall we put this, did not vote for Hamas in 2006. Even many Palestinians who did vote for it did so for internal reasons– they were protesting the corruption and authoritarianism of Fateh and the PLO. You can’t assume that they voted for it because they wanted to see it destroy the Israeli state.

Where Israel has worked out a truce with Hamas, Hamas has typically honored it. The truces have usually been broken by Israel. It isn’t true that it is impossible to deal with the organization. As recently as last month, the party had agreed to join Fateh in a national unity government, taking subordinate positions in a government that recognizes Israel.

Gordon has a backwards understanding of who is threatening to whom. Gaza politicians just have the opportunity to make some incendiary and boastful speeches. The Israeli military is rather more effective, and has the people of Gaza under siege, having just killed one in every thousand Palestinians in Gaza.

Israel destroyed Gaza’s only airport in 2002, and put its harbor off limits for free imports, as well. From 2007 it has prevented people in Gaza from exporting most of what they make, or from importing enough rough materials. For a while Israel even limited the amount to food coming into the Strip, declaring the Palestinians to be “on a diet.” This is a large concentration camp, and any human being cooped up in it would try to find a way of fighting this occupation.

Not to mention that Hamas doesn’t have the ability to destroy Israel. Israel has a massive military establishment and arsenal and several hundred nuclear weapons. Hamas has a few machine guns. No Israelis were killed by Hamas rockets in 2013 or the opening months of 2014. It was only after Israeli Prime Minister Binyamin Netanyahu incorrectly blamed Hamas for the kidnapping of three Israeli teenagers this summer, and began intensively bombing Gaza, that Hamas began replying with its rockets. 99% of Hamas rockets land harmlessly in the desert. Most of the rockets are tiny and little more than 8th grade chemistry experiments. A few are larger, imported from Iran, but there weren’t many of those and Hamas could not use them to do much real damage. A proportionate response to the rockets wouldn’t involved killing 1500 people.

The Israeli army has the right to defend Israel from Hamas attacks, but not an absolute right. It must abide by the principle of proportionality. It can’t commit war crimes or genocide.

If in the US a dangerous terrorist holed up in a mall, the government couldn’t scramble F-18s and bomb the mall to smithereens, killing hundreds of shoppers. That is what Israel did to Khuzaa.

Gordon’s premise, that Hamas wants to or can commit a genocide against Jews, is wrong. His premise that all the residents of Gaza are Hamas is wrong and wrong-headed. Gordon’s leading question is whether genocide against the Palestinians of Gaza would be justified if it eliminated (and he does mean eliminated) the threat to Israel.

That Gordon’s piece initially appeared at one of Israel’s largest-circulation newspapers is extremely worrying. Democracies don’t advocate murder or genocide. Did the editor not read it? Or did he read it and agree with it?

In any case, one thing is clear. Too many Israelis have justifications in their minds for genocide. This includes alleging that children are not innocent non-combatants. And the Convention on the Prevention and Punishment of the Crime of Genocide, makes another thing clear: Advocating genocide is a crime for which one can be tried at the Hague.