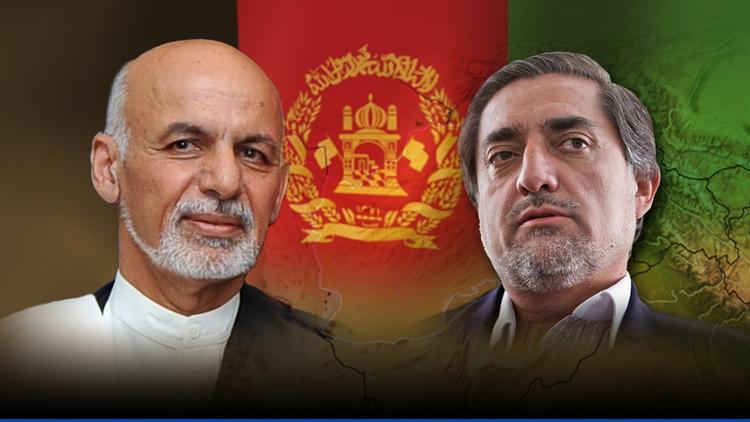 By Frud Bezhan via RFE/RL

After months of wrangling and high tension, Afghanistan has finally named a president-elect.

Ashraf Ghani's name was officially entered into the books as the winner of the highly contentious, fraud-marred contest, shortly after he and his rival, Abdullah Abdullah, signed a power-sharing deal.

The developments signal an important breakthrough and spell the first democratic transfer of power in the country’s history. But important questions remain over the mechanics of the compromise deal.

Abdullah, or his choice for the post, will assume the position of chief executive under the agreement. The newly created role has been compared to that of a prime minister, and the agreement allows for a possible parliamentary system in the future, but for now power ultimately rests with the president.​

Under the terms of the power-sharing agreement, the new government will have a cabinet — including the chief executive and his two deputies. Emphasis is placed on "parity" when it comes to deciding on leadership positions in ministries relating to security and the economy. The two sides will be "equally represented at the leadership level."

Lower-level appointments will be "equitably" distributed, meaning there will not be a one-for-one handout of jobs. This could be a source of disagreement, seeing as Ghani has stressed a "merit-based" mechanism for appointing officials.

"A merit-based system would be one effective way to undo the present clientelist system — and it is precisely for this reason that key actors will be apprehensive," says Srijoy Bose, a researcher at Australian National University who served as an international observer during the June 14 runoff. "They will continue to coerce their patrons into acquiescing to their demands. The challenge, then, will be how the president and CEO accommodate each other's vast networks without coming to blows."

While an agreement has been signed, details must still be sorted out. Upon taking office, Ghani must issue a presidential decree outlining the specific "responsibilities, authorities, and honors" of the chief-executive position. With the president having final say over the extent of the chief executive’s authority, there is much room for disagreement over the interpretation of the document.

In that event, the president and chief executive are committed to working out their differences in the spirit of "partnership, collegiality, collaboration, and most importantly, responsibility to the people of Afghanistan."

The chief executive is intended to be a temporary fix, eventually giving way to a prime minster. A Constitutional Loya Jirga, a traditional gathering of tribal elders, would be convened in about two years to hammer out the details.

As president, Ghani can create the post of chief executive by decree, but the constitution would have to be amended to establish a prime-minister position that has teeth and cannot be dissolved by the president. The Constitutional Loya Jirga would have to define and ratify those changes, after which parliament would need to sign off.

Here, the current presidential system carries significant influence. The president has the ability to hand-pick attendees of the jirga, potentially shaping the outcome of the gathering and helping determine what powers are conceded to the prime minister.

Complicating matters is that a Constitutional Loya Jirga can only convene when there are elected district councils. In the document signed by Ghani and Abdullah, both committed to holding elections that would establish such councils "as soon as possible."

The big question is whether Kabul is big enough for two powerful figures.

The international community has expressed hope that the compromise deal will usher in stability in the country. Washington said that "respect for the democratic process" was the only viable path forward for Afghanistan, while regional heads of state offered votes of confidence about the agreement and the end of the election crisis.

The Taliban, meanwhile, slammed the deal as a "sham."

"Installing Ashraf Ghani and forming a bogus administration will never be acceptable to the Afghans," Zabiullah Mujahid, a Taliban spokesman, said in a statement e-mailed to journalists.

The reaction of election-weary Afghans was muted. There were no large-scale celebrations on the streets of Kabul, but there were no orchestrated protests either.

Anger was evident, however, over the failure by election officials to release the final results — reportedly out of concerns that doing so could inflame ethnic tensions.

"It signals that people's votes do not actually matter and highlights the fact that politics in Afghanistan is about deal-making and negotiations," Bose says. "As one expert has put it, allowing the votes to be 'discarded' not only robs the candidates of legitimacy but also ensures that such crises will recur in the future."

After millions of Afghans defied Taliban threats to cast their ballots in April and June, the murky outcome raised questions of whether their votes had counted.