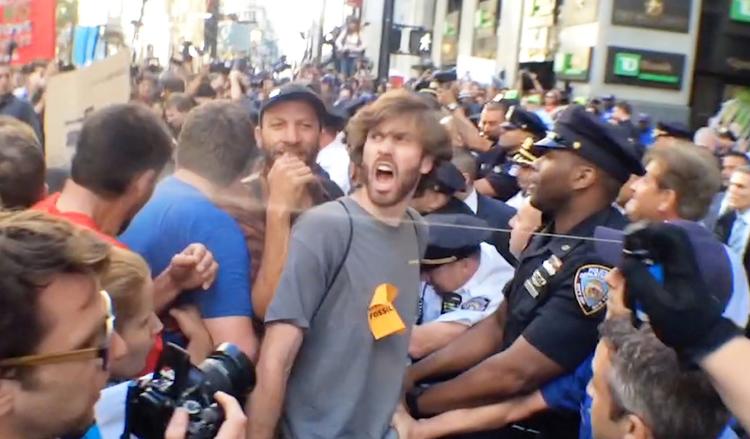 “Hundreds of people attended the #FloodWallStreet demonstration to protest the role big business plays in fueling climate change. The protest was largely peaceful, but police arrested a number of people by the end of the night, including a polar bear.”