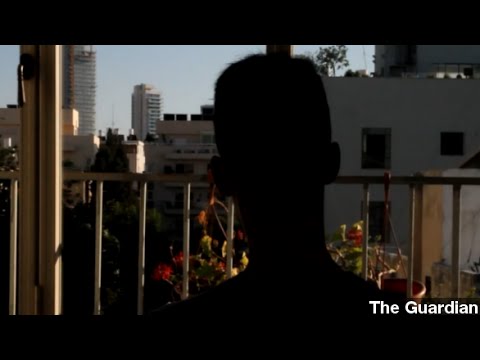 By Ahron Bregman, King’s College London via The Conversation

In 1988, I was in Kathmandu in Nepal when I found out that war was raging in the occupied territories; it would soon become known as “the intifada”. And when, in a small corner shop I spotted in one of the papers a picture of an Israeli soldier beating a Palestinian demonstrator with the butt of his rifle, my hair stood on end. There was something very poignant about this picture: the Palestinian looking up at the Israeli and the soldier looking down while raising his rifle.

From Kathmandu I sent a letter to the editor of Haaretz newspaper criticising my fellow Israelis and accusing them of committing the same brutal crimes against the Palestinians that so many other peoples of the world had once wreaked upon Jews.

In my letter, which was published, I wrote that I would not return home before the abuse of Palestinians was over. But in the end I had nowhere else to go. In Jerusalem when I bumped into journalist friend of mine, he raised an eyebrow and asked: “Well, what are you doing here?” I had no answer. But I did say that should I be called up by the army for a tour of duty in the occupied territories, I would flatly refuse. He printed the exchange a week or so later in the Haaretz weekend supplement under the headline “Ronnie Bregman refuses for the first time”.

Refusal to serve was an unusual act of defiance quite unheard of in those early days of the intifada, particularly by someone like me – a Major (res.) in the army with war experience in 1982 Lebanon. To save myself from the unpleasant prospect of being sent to prison for refusing to serve, I packed up my bags and emigrated to England, where I still live.

Last week 43 IDF soldiers – many of them still active reservists – signed a public letter which they sent to Israel’s prime minister, Benjamin Netanyahu, and to the IDF chief of staff declaring that they will refuse to serve in the occupied Palestinian territories. All the signatories were from Israel’s elite Unit 8200 which is the equivalent of America’s NSA or Britain’s GCHQ, its task to collect signals intelligence by interception, for example, of communications between people.

In my recently published book Cursed Victory I quoted directly from top secret transcripts of telephone conversations, including between former president, Bill Clinton, and world leaders and among Palestinians in the occupied territories, all obtained by Unit 8200.

Secretly listening to telephone conversations of the president of the US enables Israeli leaders to manoeuvre in world politics. Collecting Palestinians’ private information such as sexual preferences or health problems enables the Israelis to blackmail Palestinians into becoming informants. The veterans of Unit 8200 said in their letter that they “refuse to continue serving as tools in deepening the military control over the Occupied Territories” and as a result they are “conscientiously incapable of continuing to serve this system”.

In the period between my 1988 refusal to serve in the occupied territories and last week’s refusal of the 43 Unit 8200 veterans, there have been some other high-profile incidents of refusals to serve. In 2002, for instance, 27 reserve pilots published a letter declaring their refusal to fly assassination sorties over Gaza after 14 civilians, including children, were killed alongside Salah Shehade, the leader of Hamas’s military wing, by a one-tonne bomb dropped on Shehade’s house from an F-16.

Sadly, in Israel, the refusal to serve in the occupied territories is not a widespread phenomenon, not least because it takes real guts to stand out and spell out the words “I refuse to serve”. It isn’t easy – and I know that from my own personal experience – to turn your back on your own country and people, as it leads to isolation and resentment by friends and often family.

And how effective is the refusal to serve in bringing an end to the Israeli occupation? The slogan, one often hears, that the more Israelis refuse to serve, the more difficult it will become for the army to maintain the occupation, is perhaps not wrong but it is much too simplistic. Most of those who refuse to serve, originate from the centre-left-liberal wing of Israeli politics which in recent years has given way to a more nationalist right which is both religious and secular. There will always be enough Israelis belonging to the latter group willing to do the dirty job which is at the heart of the occupation machine, if only in order to ensure that the West Bank is not given to the Palestinians.

It seems to me – and I’m sad about it – that the refusal to serve in the occupied territories will remain a personal matter done by a relatively small group of conscientious objectors with little – if any – real impact on the duration and conduct of the occupation.

Ahron Bregman does not work for, consult to, own shares in or receive funding from any company or organisation that would benefit from this article, and has no relevant affiliations.

IDF Soldiers Refuse To Serve After ‘Abuses’ Of Palestinians