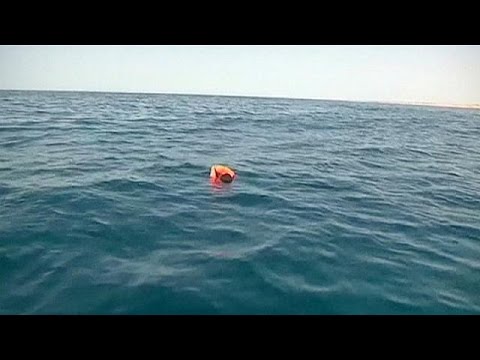 BETHLEHEM (Ma’an) — Fifteen migrants from Gaza died on Saturday after a boat they were riding in capsized in the Mediterranean sea off the coast of al-Ajami near Alexandria in northern Egypt, Egyptian military sources said.

The military sources told Ma’an that 15 bodies were pulled out of the sea and 72 people were rescued from the water after the navy and border guards received a call for help from a vessel called “Abu Othman.”

Naval forces and a helicopter were sent to the area from which the signal arrived, and they found that the boat had been wrecked after hitting a rock off the coast soon after departing from shore.

The sources said that the Palestinians on board had fled from Gaza through smuggling tunnels into Egypt and were trying to escape to Italy, alongside a number of Egyptian and Syrian migrants.

As the joint Israel-Egyptian siege on the Gaza Strip has been tightened over the last year, many Palestinians have attempted to flee to Egypt and from there board ships bound for Europe in search of a better life.

The siege has closed all borders in and out of Gaza and made travel or emigration through legal means extremely difficult for the majority of Gazans, pushing many to pay large amounts of money to be smuggled through tunnels into Egypt.

Over the last year, however, more than 95 percent of all tunnels into Egypt have been destroyed by the military, eliminating one of the besieged coastal enclave’s few life lines to the outside world.

The end of the more than 50-day Israeli assault on Gaza over July and August has reportedly led to an uptick in migrants fleeing, as the mass devastation wreaked by the Israeli bombardment has even further dimmed Gaza’s economic prospects for the near future.

More than 100,000 migrants have taken the dangerous voyage across the Mediterranean sea into Europe since the beginning of 2014, one of the highest numbers in recorded history.

The surge is the result of political instability and a lack of economic prospects across the southern Mediterranean and Africa, and the number includes many Palestinians who have fled Syria as well as Gaza via boat from Egypt.

From a couple of weeks ago: “Euronews: “Italian navy struggles with surge in migrant shipwrecks”