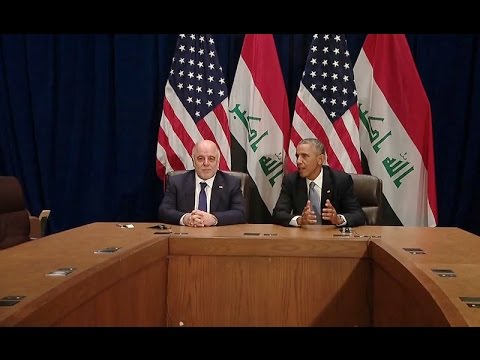 The pan-Arab London daily “al-Sharq al-Awsat” [The Middle East] is reporting from a source inside the new Iraqi government that former prime minister Nouri al-Maliki, now one of three largely symbolic vice presidents, is attempting to undermine his successor, Haydar al-Abadi.

Al-Abadi has abolished the office or rank of “general commander of the armed forces” This position was created by al-Maliki and is his baby. [Al-Maliki is said to have arranged for the uniformed military to report directly to the PM]. Al-Abadi also opposes the appointment of Badr Corps militia leader Hadi al-Amiri as minister of the Interior (i.e. head of internal security and intelligence.

An internet support group for al-Maliki is running a smear campaign against al-Abadi, accusing him online of “treason.”

Meanwhile, speculation is increasing that Rafi` al-`Isawi, a Sunni from al-Anbar province and a former cabinet member, may be appointed minister of defense. (I called for a Sunni minister of defense a few weeks ago). Having a Sunni as minister of defense will help to make it look less like a Shiite-ISIL clash or like a Christian-Shiite operation against Sunnis.

The White House: ” The President Meets with Prime Minister Al-Abadi of Iraq”