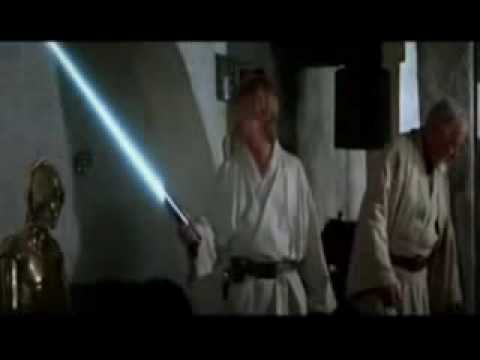 By A. David Lewis for for ISLAMiCommentary

Muslims don’t present a problem for superhero comics. They present a solution.

A previous installment of “Comics & Dialogue” addressed an apparent awkwardness for Muslims as superhero characters. How could they fulfill the generic role of a typical superhero, while also being true to Islamic principles of heroism — the same principles, in fact, that divide American heroes from its superheroes?

As discussed previously, there are two sources for this clash between the concepts of heroism and superheroism, between hero and superhero.

First, superheroes save the world, but they don’t change it. Heroes, as in Joseph Campbell’s monomyth or “Hero’s Journey,” save the world and then change it. (see video explanation by Christopher Vogler below) Or, arguably, they save the world by changing it. Second, whereas superheroes may die a thousand deaths, heroes are mortal, risking real injury and permanent death through their noble actions.

We are accustomed to seeing American superheroes overcome death in a near-godly manner. My forthcoming book American Comics, Literary Theory, and Religion: The Superhero Afterlife details a myriad number of superheroes’ journeys into death and then back to life. In fact, I go so far as to suggest that virtual immortality — the ability to return from death itself — is becoming an almost expected element of the superhero genre.

While heroes can and do die, superheroes are able to overcome finality, always eventually rising again (in, admittedly, in a highly Christological fashion but also found in the Egyptian, Greco-Roman, and Nordic systems, to name a few).

If Muslim characters are to remain both traditional heroes and, therefore, humbly human, they will be relegated to the status of merely mortal sub-superheroes alongside their immortal superhero colleagues — misfits in a genre that mis-fits.

Perhaps, though, Muslim superheroes offer a way to close the divide, to force the superhero to embrace his or her “hero” side. Does the superhero, in fact, need saving? And, if so, how?

Ralph Waldo Emerson, in his meditation on heroism, suggests a sort of triumph of the will that takes place in all heroes. Heroism “is a self-trust,” he states, “an obedience to a secret impulse of an individual’s character.” In particular, he calls out Thomas Carlyle’s own meditations on heroism — Carlyle had devoted a whole chapter to Muhammad — as being too focused on the Prophet’s being “manly and daring in character;” in effect overlooking that that manliness or daring might come from some core source or virtue. This central self-trust so empowers the hero that he even acts in what Emerson calls “contempt of some external good” — that external good often being his or her own self-preservation. (When one is a superhero, there can’t be any real need for self-preservation, because one’s life is not actually at stake.)

But take Carlyle’s daring or Emerson’s will and mesh it with writer Shahnaz Husain’s image of personal jihad (the aim of which is also to “oust disobedience”), and the genre could realign what it means to be a superhero.

A superhero, particularly a Muslim one, would have his or her influence on the community by maintaining a status quo that serves such obedience. This wouldn’t be the superhero’s automatic default back to a “normal” society; this would be the Muslim superhero maintaining a culture that is already on a steady, godly path — a society built on honored virtues.

So, rather than contrasting heroism with superheroism, it might be more comfortable and conducive to view them both in terms of shared virtues. Superheroes and heroes differ in significant ways, but their shared virtues are what might keep them aligned. And Muslim superheroes can embody those same virtues. Even if a superhero doesn’t change society like a hero would, they can instill or maintain certain virtues in society.

Which values, specifically? Well, in Islamic Legends: Histories of the Heroes, Saints and Prophets of Islam, Jan Knappert sketches Islamic heroism in terms of “twin virtues most prominently advocated by these tales[:] bravery in battle and honesty in one’s dealings with fellow men.” That is, bravery and honesty are the hallmark virtues of the Muslim hero. So, too, are they crucial in contemporary assessments of heroism anthropologically, reports Eranda Jayawickreme and Paul Di Stefano in their 2012 article How Can We Study Heroism? In their catalogue, “the strengths listed under courage”—namely “bravery and integrity”—“are most relevant for understanding heroic behavior.” They further qualify integrity as “speaking the truth as well as self-presenting in a genuine manner.”

Muslim Green Lantern Simon Baz does not exclusively trust in his superpower to see him through.

If Muslim superheroes can both represent themselves honestly — without any obfuscation of their submission to Allah— and authentically risk their lives in a way their fellow superheroes cannot, then they might succeed as both hero and superhero. They might outdo the current notion of a superhero in their willingness to risk death and surrender to an afterlife worthy of such bravery and honesty. They would force the superhero genre to stop making immortality a given.

A. David Lewis, Ph.D. is the co-editor of Graven Images: Religion in Comic Books and Graphic Novels, co-author of “Some New Kind of Slaughter” from Archaia Entertainment, and a founding member of Sacred & Sequential, a collective of religious studies and comics studies scholars. He currently teaches at colleges throughout the Greater Boston area, including Northeastern University, Bentley University, and MCPHS University, and has previously lectured at Boston University, Tufts University, Merrimack College, and Georgetown University. He is a steering committee member for the American Academy of Religion’s “Death, Dying, and Beyond” Group as well as co-editor of the forthcoming Digital Death: Mortality and Beyond in the Online Age. You can follow him on Twitter @ADLewis. Continue to watch this space for his ISLAMiCommentary column “Comics & Dialogue: Islam in Graphic Novels.”