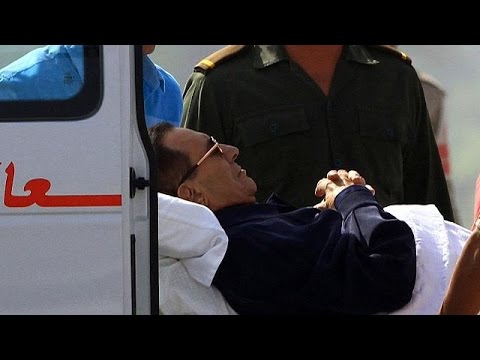 Across the Middle East and North Africa, countries are being forced to face up to a harsh reality—that, left as they are now, their economies won’t create anything like enough jobs for the hundreds of thousands of people entering their job markets each year. Popular discontent will continue alongside widespread economic inactivity. What can they do to change this?

Official data, made available only since the Arab Spring in 2011, has given World Bank researchers the opportunity to compare the region’s job performance and the policies that shape them, and examine what’s going wrong. Their conclusions are contained in a new report, Jobs or Privileges: Unleashing the Employment Potential of the Middle East and North Africa.

The “privileges” referred to in the report are the many old policies that continue to protect the business interests of entrenched elites. The report shows the extent to which these policies—designed to prevent or deter competitors while allowing elites to make easy money or “to earn rents”—distort the natural workings of economies in which businesses either grow and become more productive, or exit the market. In this environment, political connections are more important for success than innovative spirit.

The newly available census data unearthed for the report reveals how firms linked to former regimes in Tunisia and Egypt were given undue privileges, or business advantages: in Egypt, for example, 71 percent of politically connected but only 4 percent of unconnected firms sell products protected by at least three import barriers; while in Tunisia, 64 percent of connected firms but only 36 percent of non-connected firms operate in sectors in which Foreign Direct Investment is restricted.

Privileged insiders also have outsized influence over such sectors: one of the best-known cases is that of the American fast food giant, McDonalds, which never managed to enter the Tunisian market because it rejected an exclusive offer from a franchisee with ties to the regime of the country’s former leader, Ben Ali.

Privileges like this put local entrepreneurs without political connections at a disadvantage, stunting domestic investment.  Uncertainty over which economic policies a government might adopt—and whether they will be implemented evenly—deters foreign investors.

The millions of workers, consumers, and entrepreneurs who bear the cost of this are often unaware the impact these policies have on the opportunities to which they aspire. In Egypt, for example, aggregate employment growth declines by about 1.4 percentage points a year when connected firms enter new business sectors. Without grasping this, the internal debate critical for economic reform is curtailed.

In economies in MENA, like economies everywhere else, it is the start-ups and the most productive firms that are the engines of job creation. The report provides plenty of evidence to support this: in Lebanon, about 177 per cent of net job creation from 2005 to 2010 was generated by micro start-ups; in Tunisia, small startups created 580,000 jobs from 1996 to 2010—92 percent of all net job creation.

Although it has fewer start-ups overall, Jordan provides a striking example of what entrepreneurs can achieve against the odds. Unable to tap start-up capital, a Jordanian couple who returned home in 2002 after working for the Swedish communications firm, Ericsson, used their own contacts and money to set-up a software company. By 2008, it employed 100 engineers locally and exported 80 percent of its products.

The region needs a larger pool of young firms and productive firms like this to unleash private sector job creation. However, existing rules tend to protect established insiders rather than encourage new ventures, creating few incentives to turn good ideas into new ventures. Only six limited liability companies are created per 10,000 working-age persons on average each year in the region, compared to 20 across 91 developing nations, and as many as 40 and 80 in Chile and Bulgaria.

This means that despite the fact that more than 65 percent of the populations of most MENA countries are of working age, the energy of a growing workforce has largely gone to waste. Instead of filling skilled, high-productivity jobs (such as those in the software industry), relatively well-educated jobseekers have disappeared into low-productivity services in the retail trade, hotels and restaurants— often jobs with fewer benefits or opportunities for advancement. Women, who face cultural hurdles, have the lowest representation in the labor force anywhere in the world.

Only by removing the type of privileges described in this report can the region move toward the level of job creation it needs. The report shows that promoting open markets and competition, and leveling the playing field, will provide an environment conducive to entrepreneurship and the emergence of dynamic firms. Reforms initiated transparently would make sure citizens are aware of what their governments are doing and can provide input into policymaking.