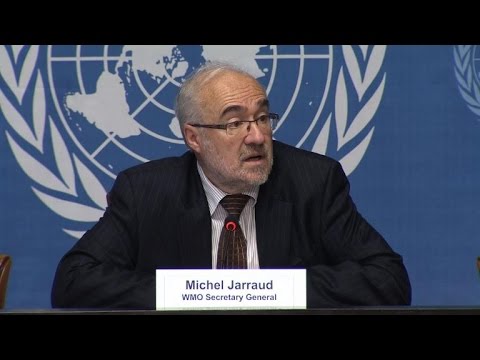 “To be quite candid the idea of a 2°C target is largely out of the window.”

Since the late 1990s, the stated goal of world governments has been to hold average global warming to no more than 3.6 degrees F. (2 degrees centigrade). However, many doubt that the goal can be met – it has taken us too long to begin reducing emissions.

The fundamentals are that there is clear scientific evidence that long-wave energy emitted from our sun-warmed earth heats greenhouse gases (CO2, methane, etc.) in the atmosphere and thus causes warming over the entire planet. That process (the greenhouse effect) has been relatively stable; without that process the earth would be much cooler.

However, by burning huge amounts of fossil fuels, we have greatly added to the greenhouse gases in the atmosphere. Concentrations of CO2 alone have grown from 280 parts per million in about 1850 to about 400 or so today – a 42% increase. More greenhouse gases mean more rapid and more total warming.

Next year, the nations of the world will gather again to try to create an emissions-reduction treaty. So far, they have failed abysmally at that task. The long-standing goal is to hold average global warming to 3.6 degrees F. above pre-industrial levels. 3.6 degrees F. is the limit because it was thought to be the maximum average temperature rise before we encounter “dangerous climate change”.

By “dangerous” they mean that the earth’s climate system could be altered so that we have, e.g., megastorms that are hard for human populations to survive or a massive die-off of marine species (many humans depend on fish and other marine life for their protein). Worse, scientists tell us that risks to the planetary ecosystem have greatly increased since the 2 degree C / 3.6 degree F. limit was formulated, and that rates of emissions have increased as our energy use has risen – so now we face extra-dangerous change. In the US, emissions were up 2.6 percent last year alone. That is, the rate of greenhouse gas emissions is still increasing today. The likelihood that we can meet the 3.6 degrees F. limit is very low – many scientists say it is now impossible.

Fossil fuels are finite. We will stop using them eventually – the only issue is timing. We could cushion our withdrawal from fossil fuels with a massive switch to renewables, but there is no sign that is happening, save in a few EU nations. Renewables in 2013 were a piddling 4.5% of US energy.

A lot of fossil fuels will eventually be left in the earth, because at some point, it will take more energy to extract a barrel of oil from the earth than can be gained from it – the shorthand is EROEI – energy return on energy invested.

But humanity’s choice, so far, is to continue burning fossil fuels without restraint – a self-destructive decision. Global meetings to reduce emissions are held, hopeful words are spoken – but the emissions continue to rise. We are trashing our planet to facilitate fossil fuel energy uses which end in unimaginable losses of resources.

If our history of fossil fuel use is a guide, we will try to burn all of the remaining accessible fossil fuels – in spite of the global warming that burning those fuels will cause. We are choosing to have our GDP decline later and larger, and in much more difficult circumstances.

It is likely that we’ll see a hot, depleted, polluted, flooded, overpopulated and essentially alien planet.