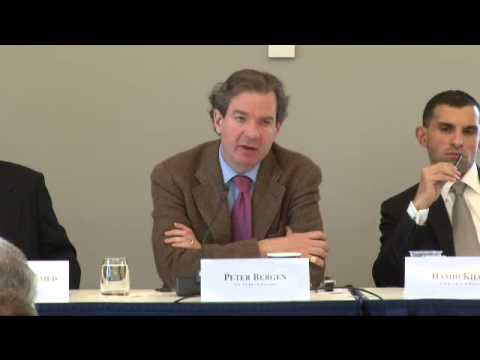 The rise of ISIL, as well as the resurgence of the Taliban, has brought numerous “experts” out to offer analyses on the best way to combat these developments. The consensus is to bomb and arm (or re-arm Sunni) groups to fight ISIL. Since I have written a book on insurgency and counter-insurgency warfare in the First and Second Indochina Wars, I feel qualified to point out that my research shows we are on the wrong path for defeating ISIS, the Taliban, or any other insurgency in the future. (The book is based on my 1982 Master’s thesis in anthropology.)

My interest in unconventional warfare stemmed from my service in Vietnam, along with interest and education in the ancient Middle East and anthropology (a multi-disciplinary approach here is important: the first documented counter-insurgency dates to around 1,500 BC, between the Hittite Empire and Kaska tribesmen). Tribesmen have been recruited in history by diverse empires such as Babylonia, Rome and France, a practice that led to some disastrous outcomes for all three. This led me to write an anthropological case study of the effects of insurgency and counter-insurgency warfare on the various tribal groups of Vietnam, from the French involvement to the American. I later published it as “Tribal Soldiers of Vietnam: the Effects of Unconventional Warfare on Tribal Populations.”

In my book, I note that the French discovered in the First Indochina War they were not only fighting the “typical” or “historical” insurgency, i.e. guerrilla war, but a much more complex form of warfare combining politics with unconventional warfare. The signature aspect of this new insurgency, which the French considered the key aspect of modern insurgency, was labeled “parallel hierarchies.” Simply put, the insurgency establishes an effective parallel government and social services, mimicking the ineffective government offices in contested tribal areas. The French ultimately published in 1957 a landmark—but much ignored—study in the magazine Revue Militaire d’Information devoted entirely to the parallel hierarchies.

One way I described the two competing forms of warfare was through the formula RW = (GW + PW), meaning revolutionary (insurgency) warfare was a close combination of guerrilla warfare married to political warfare. The North Vietnamese set up efficient parallel services of courts, social services, military, etc. I wrote the formula for Western counter-insurgency as COIN = (GW) + (PW). Lacking an effective central government and incorruptible bureaucrats, not to mention lacking the will to create one, the quick Western fix was to hire local warlords while leaving their often brutal mechanism for control intact. These warlords supplied their own version of “anti-communism,” telling Western military and political leaders what they wanted to hear while pursuing their own agendas, oftentimes counterproductive by driving their victims into the insurgency.
The expedient use by the US military of warlord armies to fight these insurgents, in my opinion, was a foreseeable catastrophe.

The explosion of armed gangs extorting villages and individuals in Iraq and Afghanistan was not a surprise for anyone familiar with counter-insurgency in Vietnam. As I showed in my book, the growth of armed groups demanding “protection,” “taxes,” etc., is directly related to the standard recruiting and training practices of Western militaries.

Conversely, using the communist model employing parallel hierarchies, insurgencies co-opt and absorb through politics. Politics and religion can overcome tribalism, but US counter-insurgency doctrine (especially in the Middle East) has only further entrenched tribal animosities, sectarianism and chaos. As I showed in my book, left to their own devices, tribal minorities may unite for a united political end, such as independence.

In conclusion, the ability of parallel hierarchies and insurgencies to undermine ineffective and corrupt government authority should never be underestimated. It is also my opinion that, in the case of the Taliban and others in the Middle East, religion easily replaced the communist secularist political world view. One can indeed see the effective use of parallel hierarchies in the Middle East beyond the Taliban for a variety of groups to first achieve legitimacy—and ultimately supremacy. In Lebanon, for instance, Hezbollah provides better hospitals and services at a fraction of the cost. Hamas was also able to establish hospitals and schools as an alternative to the extremely corrupt PLO cronyism of Arafat.

Wherever corruption and bribery flourish in a Western-supported government, so will the parallel hierarchies, eventually undermining, delegitimizing, and finally replacing the “government.” Furthermore, the US has an uphill political battle before it, since its heavy-handed resort to drones and to hiring what amount to ex-military contract killers, has delegitimized it in the eyes of many Iraqis and Afghans. The refusal of American administrations to learn the real lessons of insurgency and counter-insurgency warfare from Vietnam has directly spawned the current (and future) chaos in the Middle East.

David Moore is author of Tribal Soldiers of Vietnam: The Effects of Unconventional Warfare on Tribal Populations