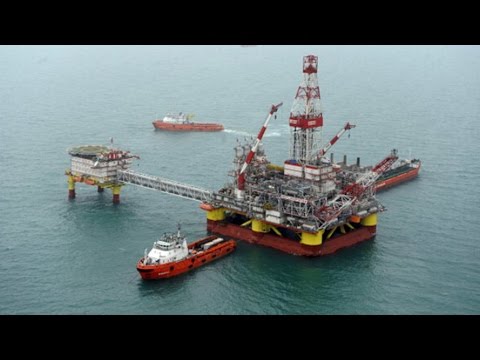 Brent Crude has fallen to $90 a barrel as China’s and Asia’s slowing economic growth has reduced oil demand and production remains high. All this despite the subtraction of Libyan and Syrian oil from the market and the big reduction, via sanctions, in Iran’s exports. Saudi Arabia and Kuwait are pumping more oil than they had been.

If oil goes lower and stays there for a while, what are the implications?

1. The impetus for Canadian tar sands production will be much reduced. It is expensive to produce and lower demand will being into question its rationale.

2 The Gulf oil states such as Kuwait and Saudi Arabia could face difficulties because their budgets and investments were assuming long term higher prices. Many projects could be idled and unemployment could rise, with negative implications for security.

3. Russia’s wealth and power could decline, with implications for Ukraine policy.

4. Iran’s cushion against sanctions will become thinner. It has had to reduce exports by a million barrels a day because of the US financial blockade, but high prices made up for some of the shortfall. The full force of the sanctions could start to bite. Will that make Tehran more cooperative and willing to negotiate? Or will it produce anger and violence?

5. US oil fracking could slow because of poor demand and difficulty recouping on the very expensive and water-consuming porcess.

Cheaper oil is typically good for non-oil producers, making it less expensive to transport goods to market in vehicles. The downside is that the slight movement to electric vehicles could slow. (That would be irrational, though. Combining an electric car with solar oanels allows you to have virtually no gasoline bill, which is much better than $3 a gallon – if that is what it goes down to. Plus you are avoiding carbon emissions that damage the earth.)

Bloomberg: Why Oil prices have fallen to a two-year low