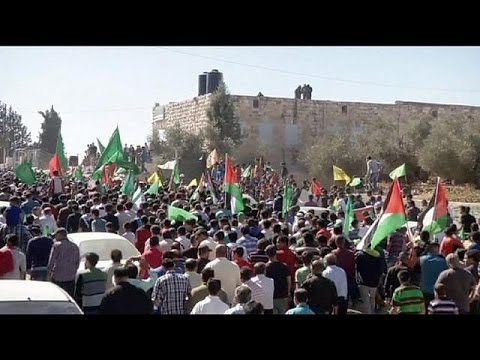 “My homeland is not a suitcase and I am not a traveler,” wrote Palestinian poet Mahmoud Darwish.

But for many Palestinians living in the besieged homeland, the right to movement guaranteed in the University Declaration of Human Rights (Article 13) is just ink on paper.

I met last week in Beirut a Palestinian woman from Gaza who had spent four days trapped in a Cairo airport basement along with tens of others awaiting a visa.

Her ordeal began when she tried to exit Gaza. Hamas, which controls the border crossing with Egypt, assigns a person a particular day (usually a couple of weeks after applying) to travel.

Since one does not know exactly when that day is, it is often hard to calibrate one’s life.

Meral (not her real name) was invited to a media conference in Beirut whose sponsors had applied for a visa for her, which had not come on the day she was told she could travel.

Having traveled many times before and usually been allowed into Egypt, she decided to take the risk because if she did not use her allotted day, she would have missed the conference.

The Egyptian authorities, according to her, made travel much more difficult since Fatah and Hamas created the unity government.

Women, for example, used to be allowed into Egypt freely; this time, Meral was not allowed.

The fact that she is married to a Turkish journalist made the Egyptians even more determined not to let her go, simply because Cairo and Ankara are not seeing eye to eye politically these days.

Eventually Meral was allowed to travel on a procedure referred to as tarheel (deportation), whereby transit travelers are hauled in a security-guarded bus to a windowless room at the Cairo International Airport and are kept there until they can produce a valid visa and a ticket.

Passports are kept with the security until the “deported” passenger reaches the plane staircase.

Meral’s sister was allowed 72-hour freedom of movement in Egypt because she had an appointment at the US embassy.

Apparently where one is going determines whether one is allowed in freely or “deported” to the airport basement.

It took Meral four days before she got her visa and was able to travel to Beirut.

At different times, she claims security officials hinted they could help her if she paid a bribe. Bribes of this nature are in the hundreds of dollars, she learned from other passengers. Smaller bribes were necessary to secure food, phone sim cards, and other basic needs while awaiting the visa.

Meral’s problems are not unique. Almost every Palestinian faces some kind of discrimination.

If one lives in East Jerusalem one cannot enter Jordan by land except over the King Hussein Bridge, where one must pay the permit fee of 230 shekels (about $70) to Israeli authorities, in addition to the exit tax of 180 shekels ($55).

Jordan, which does not consider the bridge an international border, does not allow Palestinians to use the Sheikh Hussein Bridge.

The Israelis give Palestinians in East Jerusalem a travel permit called laissez-passer, but that travel document is not renewed if one cannot prove that the “center” of one’s life is Jerusalem.

If one lives outside the city for an extended period of time, one loses one’s right to it even if born in it.

Travel in and out of Jerusalem is much more restrictive if one is a Palestinian Jerusalemite, unlike Jewish settlers who have alternative roads and much easier procedures at checkpoints.

I was told that if one has a foreign passport with an Israeli stamp, one is allowed in as long as the person is not of Palestinian origin.

So even if one has a European or American passport, being born in Jerusalem automatically bars one from obtaining a visa at the airport, while other citizens from the same country can get a visa even if they have an Israeli stamp on their passports.

The travel troubles facing Palestinians, especially those of Gaza, are apparently a major motivation for attempts to emigrate (legally or illegally) to Europe or any other Western country whose passports are much more respected than Palestinian or Arab passports.

Frustration about not being able to travel freely and seek opportunities elsewhere is apparently a strong motivator for joining radical groups.

When Palestinian officials meet this week indirectly with the Israelis under Egyptian supervision, the issue of the airport will be discussed.

While few hold hope that the Israelis will allow the reopening of the Gaza International Airport, there is ample evidence that the issue of freedom of movement is not a demand by one single Palestinian faction, but a requirement for a sane life by all Palestinians.

Darwish’s desire to return to his homeland produced verses. To Palestinians living in the occupied homeland, the freedom of movement is a top priority.

The issue cannot be shoved under the carpet anymore.

Daoud Kuttab is a Palestinian journalist and former professor of journalism at Princeton University.