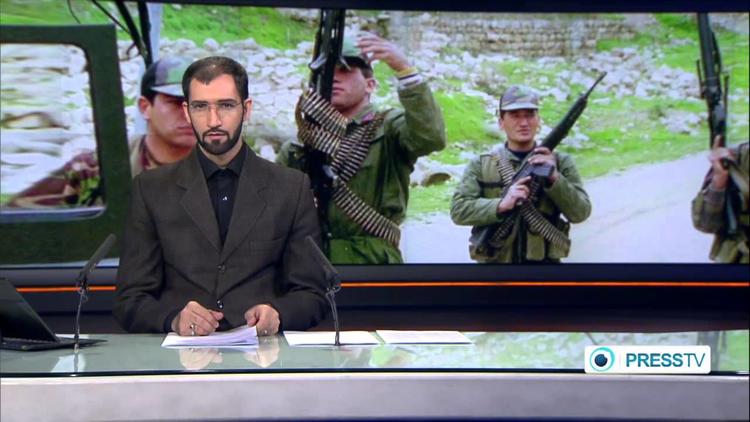 Al-Zaman (The Times of Baghdad reports that Grand Ayatollah Ali Sistan is calling, just as is US Secretary of Defense Chuck Hagel, for the arming of Sunni tribes in al-Anbar Province to fight ISIL in Iraq. (The Shiite-dominated Iraqi government in Baghdad has been reluctant to move too quickly toward creating Sunni militias, lest they eventually turn on… the Shiite politicians in Baghdad).

Shiite spiritual leader Grand Ayatollah Ali Sistani on Friday called on the Iraqi government to hurry up and help the Sunni tribes in al-Anbar Province that are fighting extremist-Sunni ISIL, which murdered 220 such tribesmen from the Al-Bu Nimr west of Baghdad this week. Sistani said in a sermon read out by his lieutenant in Karbala after Friday prayers that the Iraqi government must hasten to offer support to members of this tribe and other clans that are fighting the terrorists. He added that this action would encourage other tribes to join the fighters that are confronting ISIL.

Karbala’i praised the (Shiite) volunteers who arose to cleanse Iraq from the filth of terrorism and asked that they cooperate with the people of the provinces now dominated by ISIL so as to lift this yoke from them. He said they should cooperate with the (Sunni) inhabitants of the provinces now dominated by ISIL. He said, “You must protect the lives of innocent Iraqi citizens and safeguard their souls and their property, whatever their religious affiliation. They have been given to you for safekeeping, so make them feel secure.” He added, “Beware, beware lest any hand be raised against them or their property, or lest anyone among them come to harm; that is a mortal sin.”

Sistani’s call came a day after US Secretary of Defense Chuck Hagel urged arming the tribes of al-Anbar Province even before the sending of American advisers to the province, which lies in the west of Iraq, and which is dominated by ISIL.

Meanwhile, sources in Samarra’ north of Baghdad said that a clash had taken place in Old Samarra’ between (Shiite) militias and the city’s (Sunni) residents over the commemoration of the Shiite holy day of Ashura, which honors the martyrdom of Imam Husayn, the grandson of the Prophet Muhammad, in 680 AD (CE). The militias changed the color of the covering of the Askari Shrine or Golden Dome (where two descendants of Imam Husayn are buried) from green to black during the mourning period.

Sistani warned the Shiite militias who fight alongside the Iraqi army not to harm innocents. This, after evidence surfaced that Shiite militiamen in Jurf al-Sakhr carried out executions based on sectarian identity.

Sheikh Abd al-Mahdi al-Karbala’i, Sistani’s deputy in Karbala, met Friday with a Shiite militia in that city dedicated to preserving the shrine of Imam Husayn. The Shiite equivalents of the Vatican, the shrine cities of Najaf and Karbala, have raised militias dedicated to combatting ISIL. This is the first time the Shiite hierarchy in Iraq has used worldwide religious donations by believers to fund a paramilitary activity. People there are afraid of being targeted by ISIL.

In Iran’s capital, Tehran, Ayatollah Kazim Sadiqi said that the conquest this week of the Sunni city of Jurf al-Sakhr northwest of Karbala was a victory for the people and the Iraqi army. Iran is a largely Shiite country with close ties to Iraqi Shiites, who form 60% of the Iraqi population but mainly live in Baghdad and the south. In Qom, a center for religious study and learning in Iran, Ayatollah Husain Nuri Hamdani praised Qasim Sulaimani, the head of the Jerusalem Brigade special forces of the Iranian Revolutionary Guards Corps, for the operations he has undertaken against ISIL in Syria and Iraq.