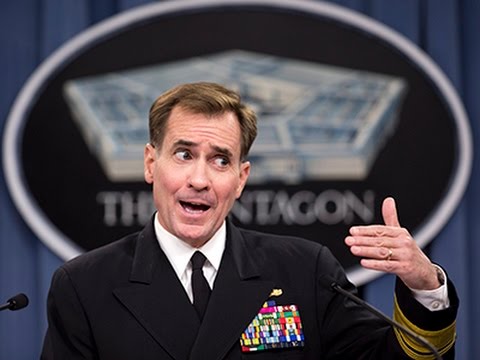 President Obama’s announcement that he will send 1500 more troops to Iraq was made on a Friday, a day usually reserved in Washington for the release of bad or embarrassing news that officials hope won’t still be fresh enough for Monday’s newspapers and so will quietly sink.

That these troops will be sent with Iraqi soldiers to al-Anbar Province belies the administration’s repeated denial that it will put boots on the ground. There will soon be 3000 US troops in Iraq. They will be at the scene of battles, embedded with Iraqi units (apparently in the hope that the Iraqi troops will be too embarrassed to run away en masse again in front of foreign guests).

The growing size of the US contingent is not the only news. The US is reestablishing a “command” in Iraq, which administration officials view as necessary to rebuild, or more frankly to build, an Iraqi army. Former Prime Minister Nouri al-Maliki (in office 2006-2014) appears to have installed so many corrupt and incompetent officers, on the grounds they were loyal to him, that the institution may as well not exist. Half of enlisted men are said to be ghosts, who don’t show up to their postings because they can bribe their commanding officer into letting them be absent.

If there are US troops on the front lines in al-Anbar, where ISIL has been expanding its reach in recent months, then unfortunately there are likely to be US casualties. These are boots on the ground, even if there are not combat platoons going into battle by themselves.

If ISIL really is a dire threat to US security, as administration officials maintain, then they should go to the US public with the news that they are going to have to put thousands of US forces on the ground in Iraq. So far they are trying to spin us, and to pretend that there are just some trainers and advisers. It is far more than that; US special operations forces will be operating in Iraq brigades, likely in part to paint lasers on targets for US warplanes to bomb.

In an age of weasel words and Orwellian diction, it would be refreshing to hear Mr. Obama call this escalation what it is. It is not as if he will be running for office again or needs to win a popularity contest.