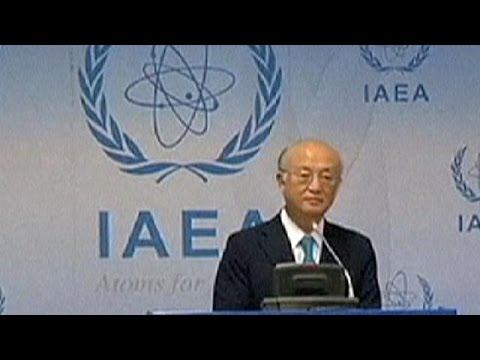 As the six world powers and Tehran try to reach a deal in Vienna, there is more at stake than simply ending the crisis over Iran's nuclear program.

Equally important is how the success or failure of the negotiations could set the stage for determining the West's relations with Iran for years to come.

A deal could establish enough trust to reintegrate Iran into the global economy and for possible political cooperation over some of the Middle East's many crises.

But no deal — either by November 24 or after an extended deadline — could bring renewed talk of bombing Iran's nuclear facilities and the risk of sparking a still greater crisis in the region than exists today.

Here is how the world could look depending on the success or failure of the talks.

If There Is A Deal

Reaching a deal would be a big boost for moderates in Tehran who would like to see Iran return to the world community.

"The biggest promise that Hassan Rohani made in 2013 to get elected was the idea that Iran needs to overhaul its foreign policy," notes Alex Vatanka of the Washington-based Middle East Institute. "If there is a deal, then Rohani can turn around and say that when you do talk, even if you don't succeed in overturning the bad blood overnight, at least you are able make incremental steps toward something that might look like normalization."

Similarly, a deal would provide a vote of confidence for U.S. President Barack Obama's policy of seeking to engage Iran despite 35 years of hostility sparked by the takeover of the U.S. Embassy in Tehran in 1979.

For both Iran and the West, the potential benefits of ending the nuclear crisis and lifting international sanctions on Tehran could be enormous.

Iran, which has seen sanctions dramatically reduce world demand for its oil, not only wants to increase its exports again, it also needs Western investment and technology to revitalize its oil and natural-gas industry, kick-start its economy, and lift its standard of living.

At the same time, many Western energy companies want to return to work in Iran, which holds the world's fourth-largest proven crude-oil reserves and the world's second-largest gas reserves. Many other Western, nonoil, businesses regard Iran — with 80 million people — as a rich potential consumer market.

But nobody expects a nuclear deal to lead to instantaneous changes.

Even with an end to the nuclear crisis, the lifting of Western sanctions will likely be a gradual process, particularly in the United States, where Obama can suspend sanctions imposed by the U.S. Congress but cannot permanently lift them without a vote by lawmakers, many of whom oppose him.

In Iran, too, the progress could be gradual as hard-liners continue to resist dramatic changes in Iran's relations with the West.

Beyond economics, a nuclear deal also could help speed the day when Tehran and Washington openly cooperate over at least some of the Middle East's pressing problems, particularly how to roll back the Islamic State organization in Iraq and Syria.

So far, the nuclear negotiations have proved groundbreaking by providing top U.S. and Iranian diplomats a way to meet regularly, despite the two countries having no diplomatic relations. A nuclear deal could be momentous in helping turn those links into something more routine.

If There Is No Deal

Any final failure to reach a deal would not only leave the nuclear crisis unsolved, it would almost certainly strengthen opinion in both Tehran and Washington that each must take a still-tougher approach toward the other.

"One can imagine a scenario in which the United States would impose very, very harsh sanctions on Iran, something that would amount to a total oil embargo," says Ali Vaez of the International Crisis Group. "The consequences of that would probably be an Iranian measure of escalation, something in the range of either withdrawing from the [Nuclear] Nonproliferation Treaty or increasing enrichment levels to beyond 20 percent or kicking out IAEA [International Atomic Energy Agency] inspectors or something that would really trigger some kind of military confrontation."

But predicting what would happen is complicated by uncertainty over where both sides would set the limits on the escalation of tensions. To date, Iran has been careful to stay under an Israeli-declared red line for military action by keeping its stock of 20 percent-enriched uranium below the level needed to produce a single nuclear weapon if it were enriched further.

Uncertain, too, is whether Israel, a close ally of the United States, would be prepared to attack Iran despite the almost certainty that militant groups allied to Iran would strike Israel in response.

"If Iran were attacked by Israel, you would look for a whole series of asymmetric warfare, not necessarily because Iran directs it but groups will just rise up," says Scott Lucas, an Iran specialist at Birmingham University in Britain and editor of the EA World View website. "Hizballah will come out against Israel, Hamas will come out, as well as Islamic Jihad; you will have a whole series of proxy conflicts that will take place."

Lucas predicts that Israel would not launch a military strike for these reasons and also because Washington would argue that the best way to change Iran's course would be ever-tighter sanctions instead.

However, one certainty is that the situation would only add more volatility to a region of the world that is already engulfed in crisis.

Euronews: “Iran’s nuclear talks with West may go into March as deadline approaches”