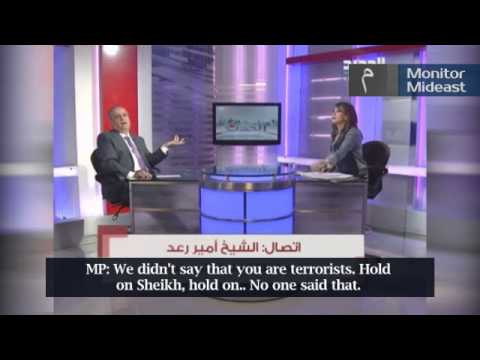 WASHINGTON (IPS) – According to an article published Oct. 21 on Al-Monitor, the Islamic State (ISIS or IS) has issued new regulations for the school systems under its control in Iraq and Syria. The announced purpose of the so-called guidelines, which carried the imprimatur of the group’s “Amir al-Mu’minin,” presumably leader Abu Bakr al-Baghdadi, is to “eradicate ignorance and disseminate Sharia sciences.”

Although the “guidelines” are extreme, controlling and regressive, some of the key elements in the IS educational programme are similar to what one finds in Saudi textbooks, especially those that are taught in Saudi public middle and high schools. The ideological foundations of Saudi public school education are based on Wahhabi-Salafi-Hanbali theology.
Science experiments are allowed with the understanding that the doctrine of “Tawheed” or “Oneness” of God permeates the universe. God created everything and every creature. There is no “Big Bang” theory and no evolution of the human, animal, or plant species.

One key difference focuses on the nation-state. Whereas Saudi education accepts the Saudi and other Arab and Muslim states, with recognised boundaries and national ethos, IS rejects national boundaries within Dar al-Islam, or the Abode of Islam, and individual states. Instead, it calls for one Islamic State or a “Caliphate.”

The new guidelines call on teachers to emphasise creationism, reject Darwinism, eliminate music and the arts, teach history from a Sunni-Islamic perspective, discard modernity, and of course segregate the sexes.

Much of IS’s educational “curriculum” finds its roots in Saudi textbooks, especially at the middle school and high school levels. Arabic, literature, history, civic education, cultural values, and norms of behaviour—whether in a home or societal setting—are all taught according to a particular interpretation of Sunni Islam.

The Wahhabi-Salafi-Hanbali interpretation also permeates religion or theology classes, especially those that focus on elements of Sharia, fiqh (jurisprudence), or the Hadith. The biological and physical sciences are taught from a pre-ordained creationist perspective, which rejects modernity in favour of traditionalism.

Science experiments are allowed with the understanding that the doctrine of “Tawheed” or “Oneness” of God permeates the universe. God created everything and every creature. There is no “Big Bang” theory and no evolution of the human, animal, or plant species.

Even the geography curriculum discusses the region from an Islamic perspective. For example, kids are taught that the “Zionists” have occupied Palestine illegally, and the Islamic umma one day must re-establish Muslim control over Jerusalem, the “Third Qibla” of Islam, to which Muslims turn to pray after Mecca and Medina. “Israel,” for example, does not appear on maps of the Arab world in Saudi geography textbooks.

The Saudi curriculum, much like what IS is urging Syrians and Iraqis under its control to teach and preach, imparts to the youth a narrow-minded, conservative, traditional worldview. It is intolerant of other religions and even of other sects in Islam.

Oftentimes, Shia Muslims are considered “apostates,” or “rejectionists,” and could be subject to discrimination and even death. The Shia in Saudi Arabia and Bahrain are excluded from key government, defence, and national security positions.

The Saudi youth are socialised in public schools on the importance of Islam in the personal, familial, social, and national levels. Whenever Islam, as a faith and a territory, is threatened or invaded, Muslims have a duty to do jihad against the perceived “enemies” of Islam.

Saudi education espouses this ideology, so do al-Qaeda and IS. In the past three decades, Muslim youth have participated in large numbers in jihad across the Muslim world, from Afghanistan to Chechnya, and from the Balkans to Iraq and Syria.

The Saudi government participates in the anti-IS coalition, yet IS’s jihadist ideology resonates with Saudi educated youth. Their government talks about a possible peace with Israel should it withdraw to the 1967 borders, yet Saudi youth do not see Israel on the maps in their textbooks.

If the Saudi youth are taught about the duty of jihad in the face of a “war on Islam,” as Bin Ladin had preached for years, and view IS rightly or wrongly as the “defender” of Islam, they can’t understand why their government is fighting on the side of Islam’s “enemies.”

This is particularly poignant, especially since some Saudi clerics have strongly endorsed the type of educational curriculum that is currently being pushed by IS in Iraq and Syria.

Textbooks play a central role in educating and socialising Saudi youth and many of their teachers. Many Saudi grade school teachers do not have a college degree and rely on the textbook to guide them through the course. Those who are college graduates usually receive their degrees from teachers’ colleges, which teach a curriculum heavily imbued with Islamic studies and Arabic language, grammar, and literature.

The ministries of education and religious affairs, which are heavily staffed by Salafi Islamists, approve the curriculums and have the final say on what’s taught in schools.

Teachers are not allowed to stray away from the textbook or offer analytic judgments or opinions either on the material in the text or current issues that might relate to the subject under discussion. Both teaching and learning are done almost by rote memory. No critical thinking is allowed and no logical extrapolation is encouraged.

Teachers and students accept whatever interpretations are offered in the textbooks, especially if such an interpretation is attributed to the Koran, the Hadith, or Sharia. Such attributions and religious quotations permeate the textbooks regardless of the subject matter.

So what if the educational curriculum of IS tracks with Saudi education? Should the U.S. and other countries do anything about it, and can they?

Several years back, I briefed senior policymakers in the United States and other countries on the Saudi curriculum, the jihadist message it transmits to youth, and the radicalisation that was sure to follow. It was “actionable” intelligence in that Western diplomats could speak to Saudi leaders about a very specific problem, which they could address.

According to media reports, Saudi officials were amenable to review their textbooks with an eye toward softening the Islamist message. Unfortunately, not much was done.

Saudi clerics objected to any revisions of the textbooks on the grounds that non-Muslim outsiders were interfering with religious teachings in the kingdom. Some of them went even further to depict suggestions along these lines as a “conspiracy” against Islam. Western diplomats, who had pushed the issue, backed off.

I argued in previous articles that although IS is defeatable and containable, the ideological root causes must be dealt with. Otherwise, other Islamist terrorist organisations would rise on the ashes of IS.

The latest educational “guidelines” issued by the Islamic State are a stark example of what’s wrong with our strategic policy planning on the root causes of terrorism. Discussing Saudi textbooks is the first step toward “degrading and defeating” IS.

Emile Nakhleh is a Research Professor at the University of New Mexico, a member of the Council on Foreign Relations, and author of “A Necessary Engagement: Reinventing America’s Relations with the Muslim World.”

“A Lebanese MP exits the studio after a Sunni cleric from the Saudi-backed Muslim Scholars Committee called the show on Al-Jadeed TV. The cleric, identified as Amin Raad, sought to dismiss claims that the MSC is pro-terrorist and pro-ISIS. The Scholars Committee of Lebanon has been under fire . . . due to their Saudi backing. During a deal . . . brokered by Saudi Arabia, the Grand Mufti of the Committee was ultimately selected after a long-standing feud among various clergymen.

[In August], a number of Saudi-backed Sunni clerics were dispatched to Arsal, Lebanon during clashes between the Lebanese Army (LAF) and ISIS. They sought to mediate between the two sides over a possible ceasefire. However, Saudi Arabia is often accused as a key sponsor of ISIS by various Lebanese political factions. Among them, Wiam Wahhab remains an outspoken critic of Saudi Arabia’s government and its role in Lebanon.

From Dailystar.com.lb: The head of the Arab Tawheed Party, former Minister Wiam Wahhab, walked off the set of a TV talk show Friday, angered by the comments of a Muslim Scholars Committee member accusing him of defamation.”