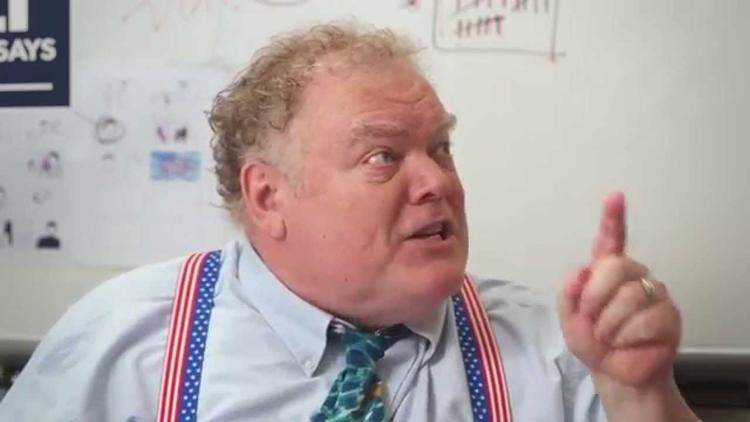 “Don’t vote for a wolf in sheep’s clothing,” the narrator says in one of the ads as a sheep with Wolf’s face bleats the word “taxes.”

Like all super PACs 2014 outside groups allowed to take unlimited amounts of money from individuals, corporations and unions 2014 Key Questions must disclose its donors.

Outside groups, including super PACs and nonprofits, have spent more than $539 million on politics in this election cycle, according to the Center for Responsive Politics, a nonprofit that monitors money in politics. That’s almost twice as much as such groups spent during the 2010 midterm elections.

Super PACs alone have shelled out about $332 million so far in this cycle, mostly from donors who are disclosed.

But Key Questions is one of a handful of super PACs, liberal and conservative, funded entirely or almost entirely by dark money groups, FEC records show, obscuring the origin of the money they are putting into 2014 races.

And Alaska SalmonPAC, a super PAC that’s spent more than $1.4 million to support Democratic Sen. Mark Begich and oppose his opponent, has received almost all of its funding from the League of Conservation Voters, which doesn’t disclose its donors.

It’s not illegal for super PACs to be funded entirely by dark money unless a nonprofit is effectively acting as a straw donor, helping the real source of a contribution avoid disclosure, said Paul S. Ryan, senior counsel for the nonpartisan Campaign Legal Center. Otherwise, such donations are kosher at the federal level, he said, even if “voters are getting no useful information about where the money’s coming from.”

Nonetheless, Ann Ravel, an FEC commissioner and the former chairwoman of the California Fair Political Practices Commission, said she saw such maneuvers as troubling end runs around disclosure requirements for super PACs. “It creates a difficulty in determining whether there’s corruption in the political system,” she said.

The ads funded by Let Freedom Ring’s $200,000 donation started airing earlier this month in the Harrisburg, Philadelphia and Pittsburgh markets.

Hanna said he came up with the commercials to help counter the millions that Wolf has poured into his own campaign against Republican Gov. Tom Corbett. Wolf has been leading Corbett in the polls. “I felt the prevailing wisdom that Tom Wolf had the race sewed up was suspect,” Hanna said.

Let Freedom Ring was one of the earliest dark money groups to spend heavily on political ads.

Hanna started the group back in 2004 with the help of a $1 million donation from John M. Templeton Jr., a surgeon whose father was a wealthy philanthropist and investor. Let Freedom Ring spent millions on ads attacking Barack Obama in 2008, two years before the Supreme Court’s Citizens United decision helped spur a massive rise in political spending by social welfare nonprofits.

Hanna decided to create Key Questions this year in addition to the dark money group on the advice of his lawyer, he said. “I think the difference between the two may have more utility in the future than at present,” Hanna said. He declined to elaborate.

Social welfare nonprofits like Let Freedom Ring are required to devote the majority of their efforts to “the promotion of social welfare,” not politics, and to report how much they spend to influence elections to the Internal Revenue Service.

Hanna referred questions about the tax forms to the group’s lawyer, Cleta Mitchell.

Mitchell declined to comment on Thursday, saying she did not have time so near the election.

Let Freedom Ring may not be Key Questions’ sole donor for much longer.

Hanna said the super PAC had received contributions from another contributor since filing its most recent FEC report, but declined to identify the source.

Pennsylvania voters won’t find out who it is before they head to the polls. The super PAC’s next FEC report isn’t due until more than a month after Election Day.

Robert Maguire, a Center for Responsive Politics researcher who has investigated super PACs funded by dark money groups, said the practice runs counter to the Supreme Court’s ruling in the Citizens United case. Justice Anthony M. Kennedy wrote in his majority opinion that voters would be able to “see whether elected officials are ‘in the pocket’ of so-called moneyed interests,” thanks to disclosure requirements.

“This effectively nullifies that,” Maguire said.